Guess what? We finally got a new dishwasher! We went shopping to a few different places on Monday and then I ended up finding a cheaper one online. We called the store to see if they could order the cheaper one and instead they offered us one of the fancier models from the scratch and dent section for the same price! And there are no scratches or dents so I’m guessing it’s just an older model? We also saved on installation because BTR watched a few YouTube videos and was able to do it himself. Of course that meant I had to keep this guy out of the kitchen. 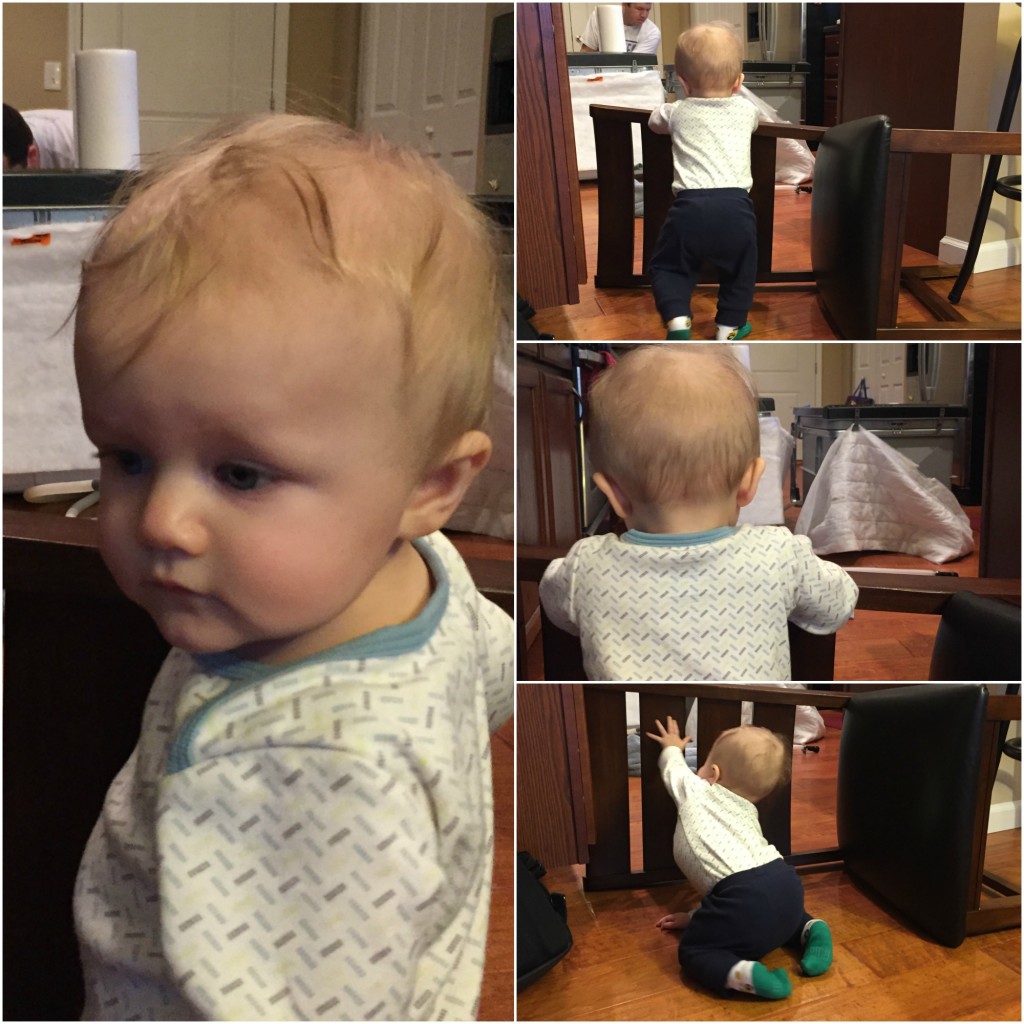 He was not happy he couldn’t help his papa. I used a kitchen chair to block him because I couldn’t take the real baby gate off the stairs. He basically stood there and stared at BTR the entire time. It was all kinds of adorable.

In other important news, Jude got his first tooth! I’ve been waiting forever because it seems like everyone else’s kids have a full set of teeth and he had none. So basically for the past two months anytime he had a warm forehead or fussed I assumed he was teething. And every time I was wrong. Well we had a super long weekend and I had no idea this little tooth was making it’s way up! So basically he handled it like a champ and was like duh mom. 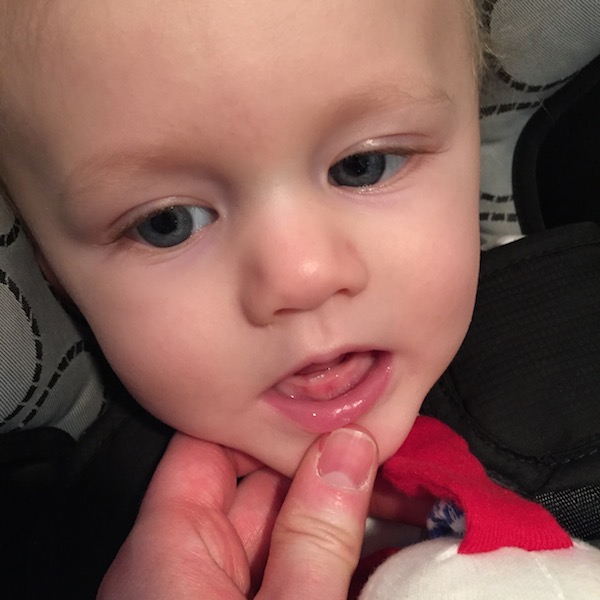 We’ve been trying to give him more real food, but I realize BTR and I like to eat lots of spicy things and stuff that can’t really be smashed and given to him. Looks like I need to go shopping and get some more baby approved food! I’m really interested in baby led weaning, but don’t think I’ll do it full on. He has started using a sippy cup with water during the day and he loves it!

I was turning the lights off in the kitchen last night and then caught this one snuggled in my favorite blanket on the couch. It was pretty cute so I snapped a quick picture before she jumped down and followed me into the bedroom. She likes to snuggle in the bed between me and BTR. 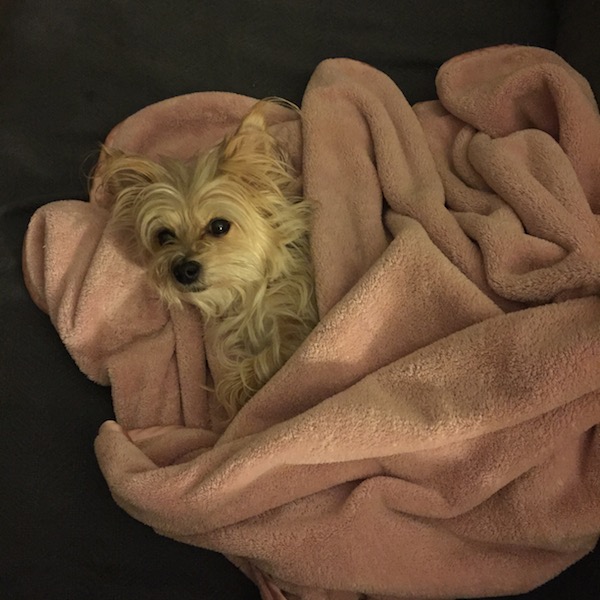 Tomorrow morning (or this morning, depending on when you read this) we have a play date at Chick Fil A with some MOPS moms and then I need to send some emails and list some new products on ebay! I hope you are having a great week so far!