We had such a FUN weekend!

Friday we woke Jude up bright and early before BTR left for work to give him some of his presents. 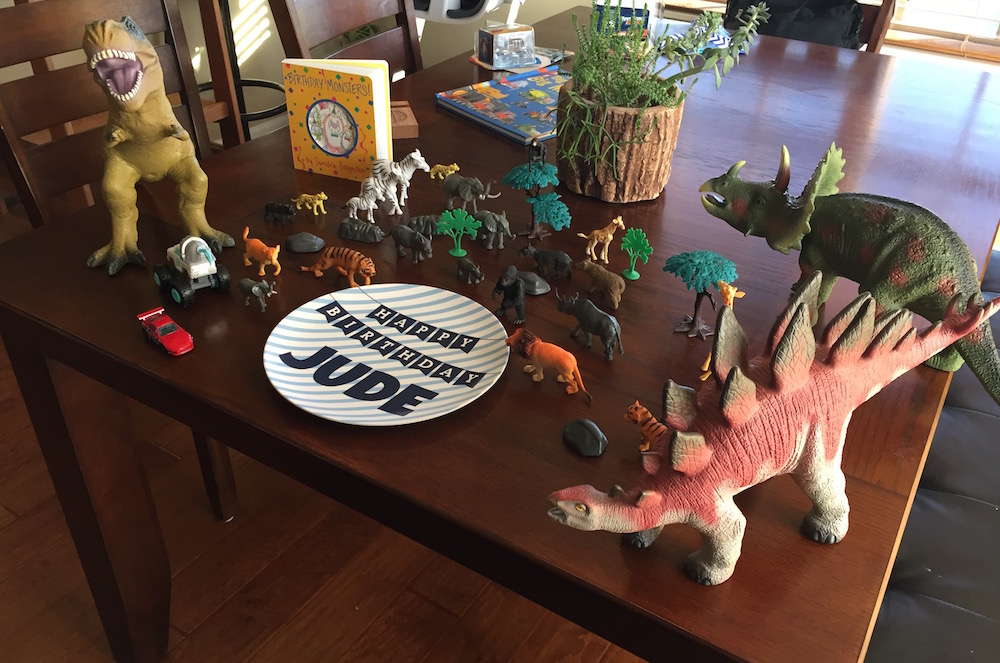 I decided not to wrap any of his gifts and we set them up on the kitchen table around his birthday plate! He was so excited for all of the little animals and the giant dinosaurs. I have a feeling this is only a start to the dinosaur collection we will have! 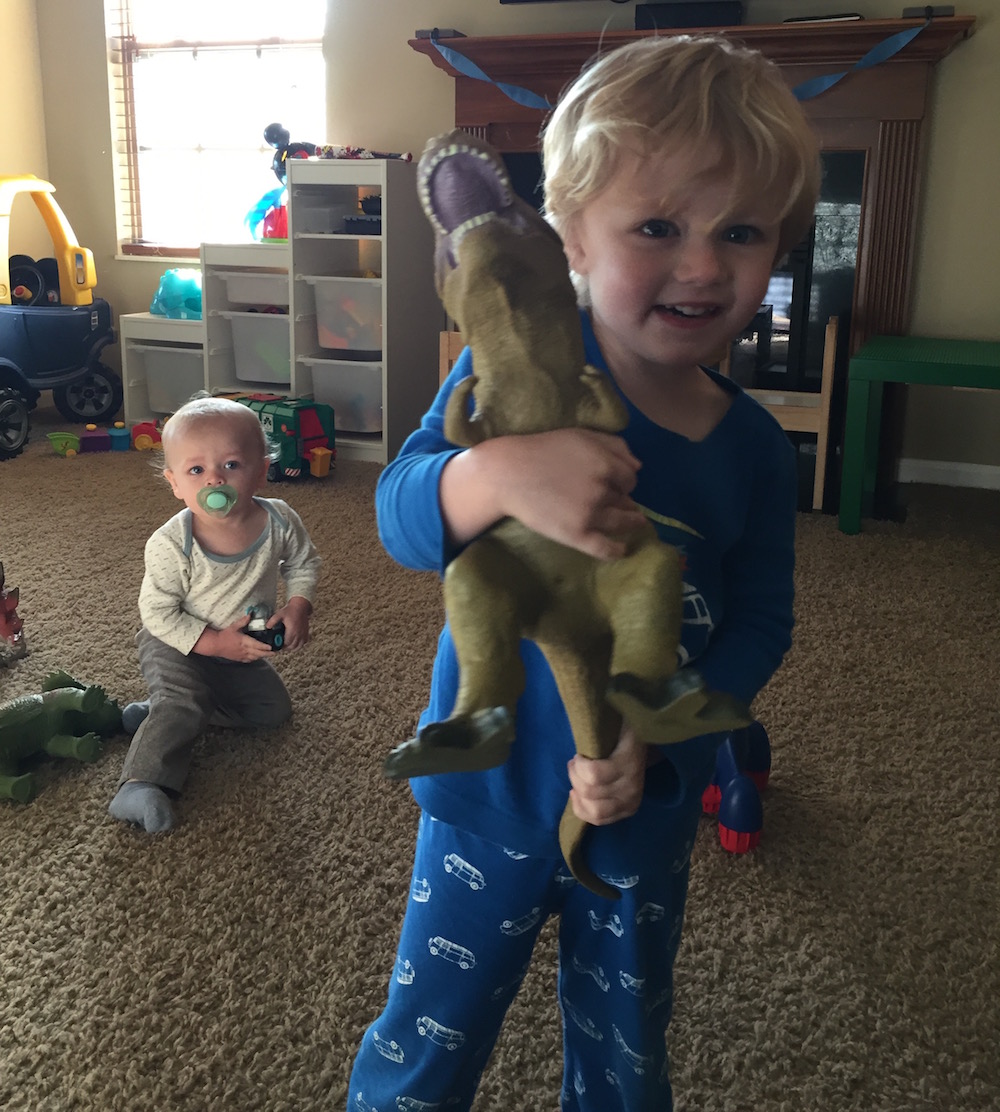 We had a bit of a lazy day and then that evening we had over the grandparents for cake and more presents. I just made a box funfetti cake and then used blue funfetti icing! 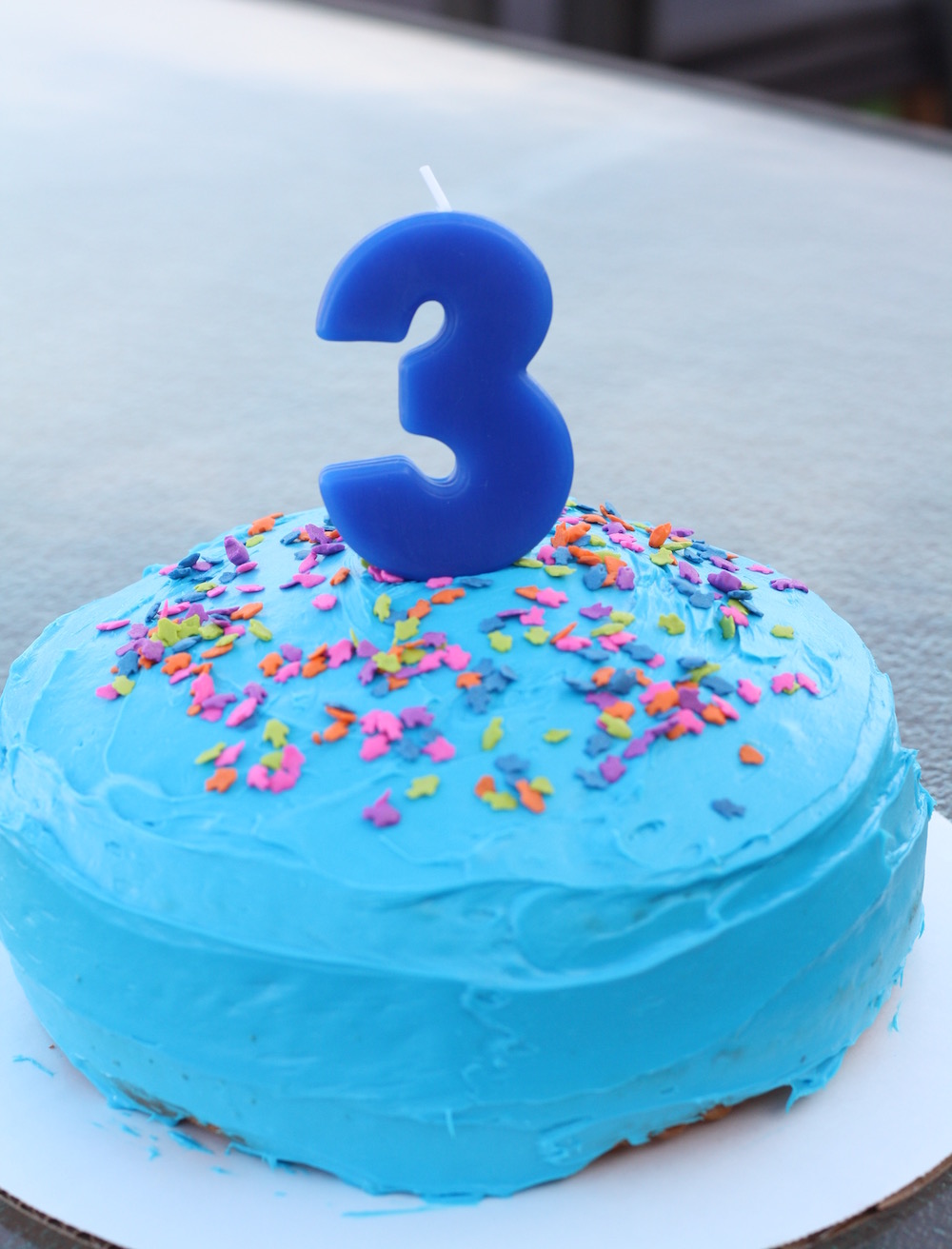 And Jude drove his dinosaurs around in his tractor. 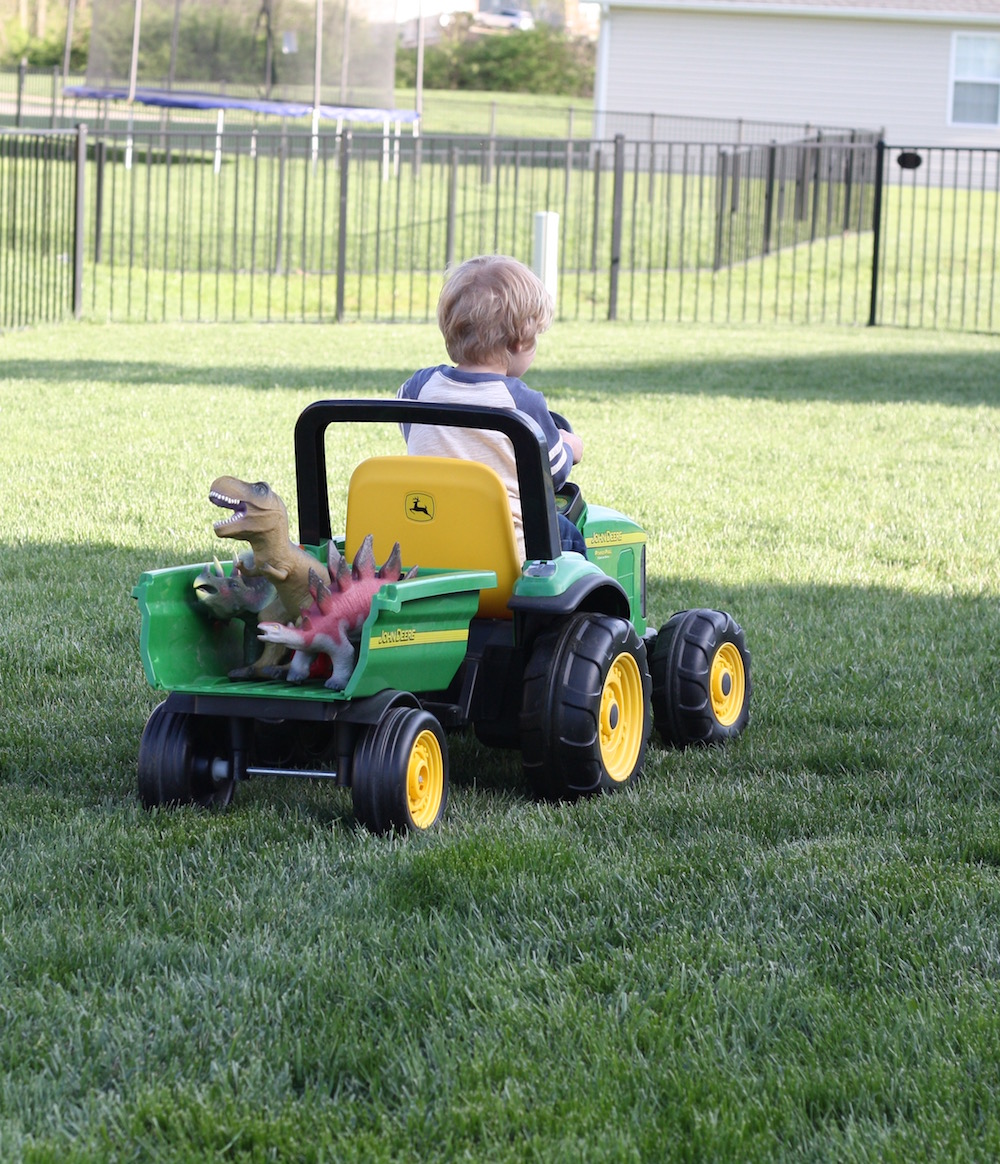 Probably the worst family photo, but I love it so much! 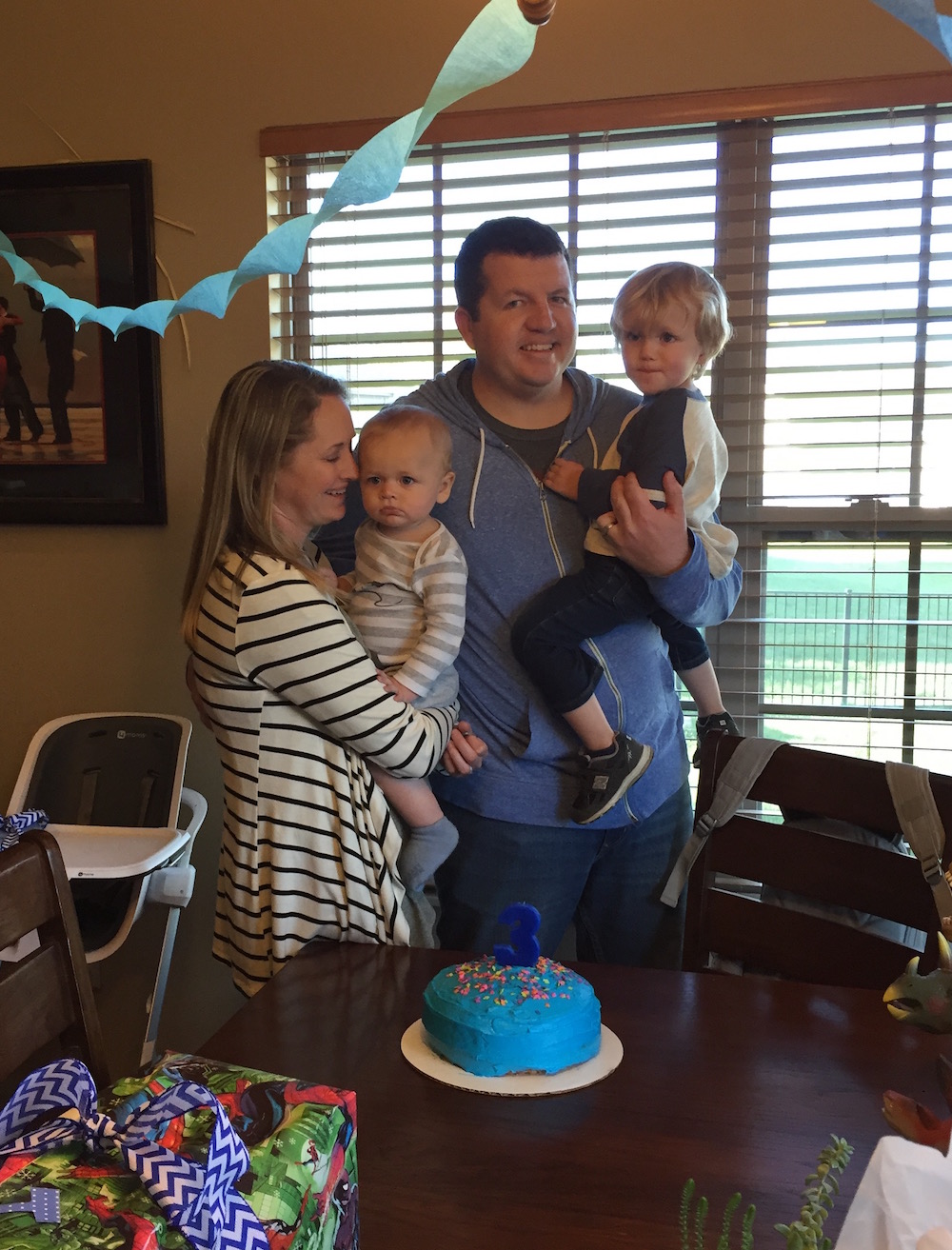 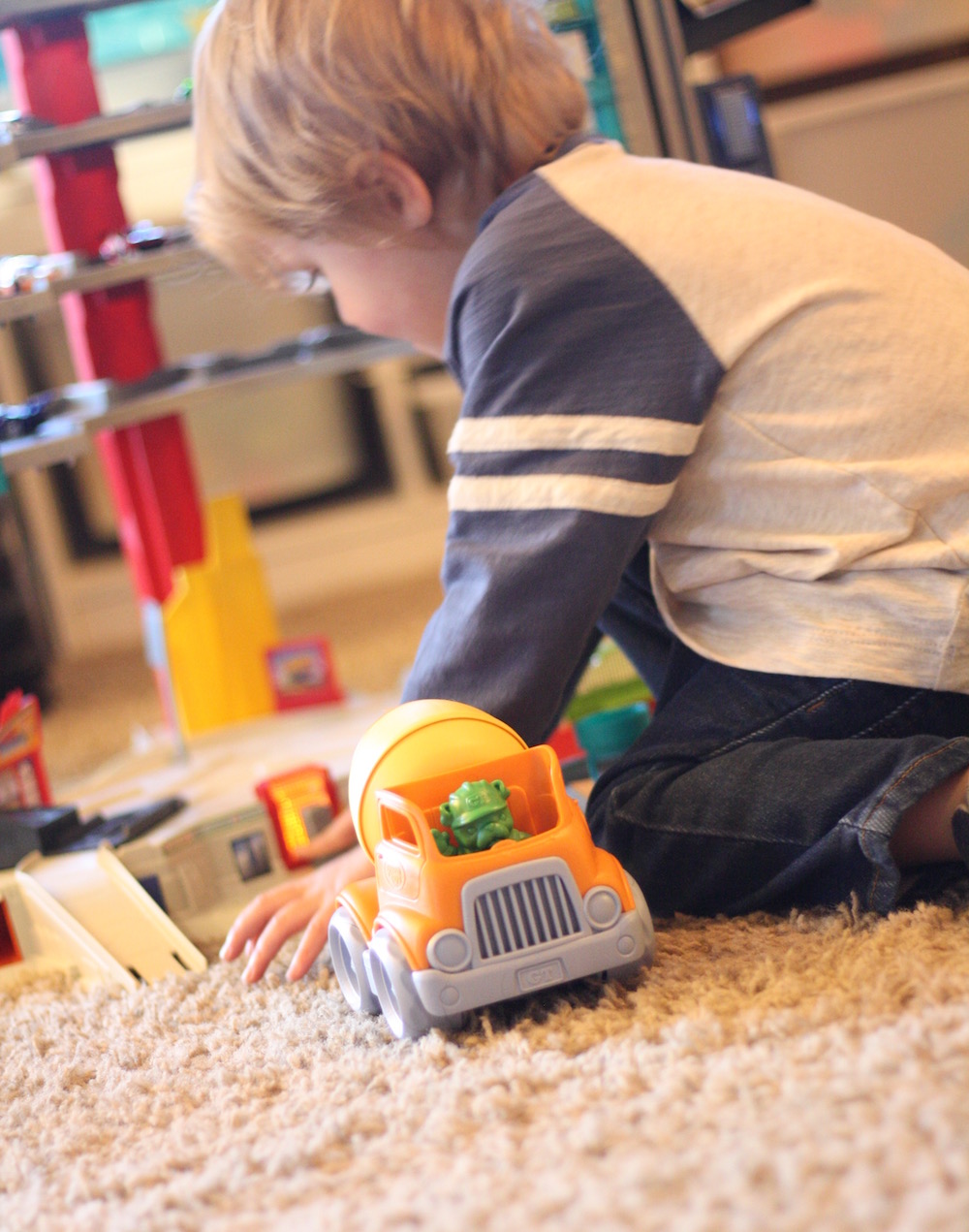 Then we brought out Jude’s big gift, the Hot Wheels Ultimate Garage (affiliate link). He is obsessed with it and has played with it all weekend long! Which makes me so happy knowing I picked a good gift for him! 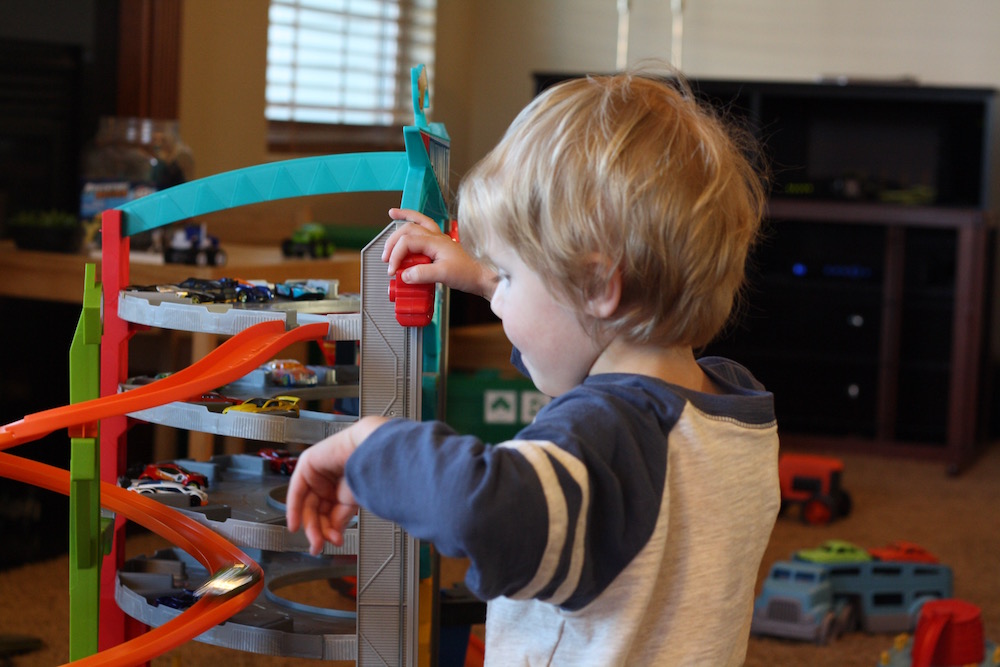 Late bedtimes for everyone on Friday so we slept in a bit Saturday and then headed over to STL for an Alumni Easter Egg Hunt at Saint Louis University! 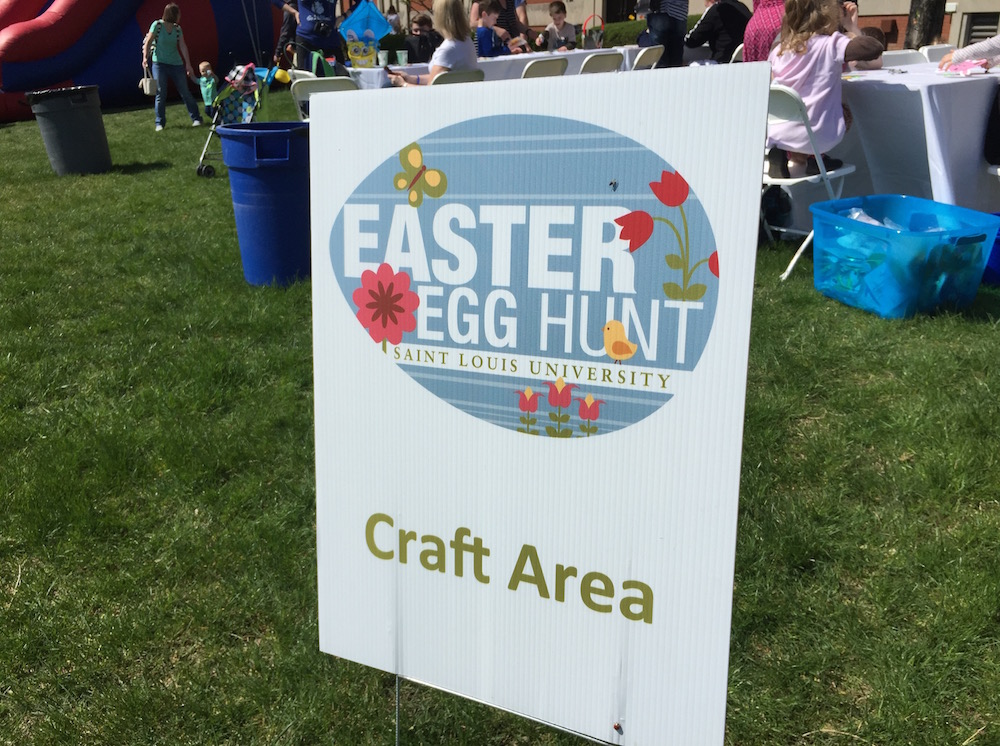 It was really well organized and a ton of fun! And luckily the weather was perfect to be outside for everything. 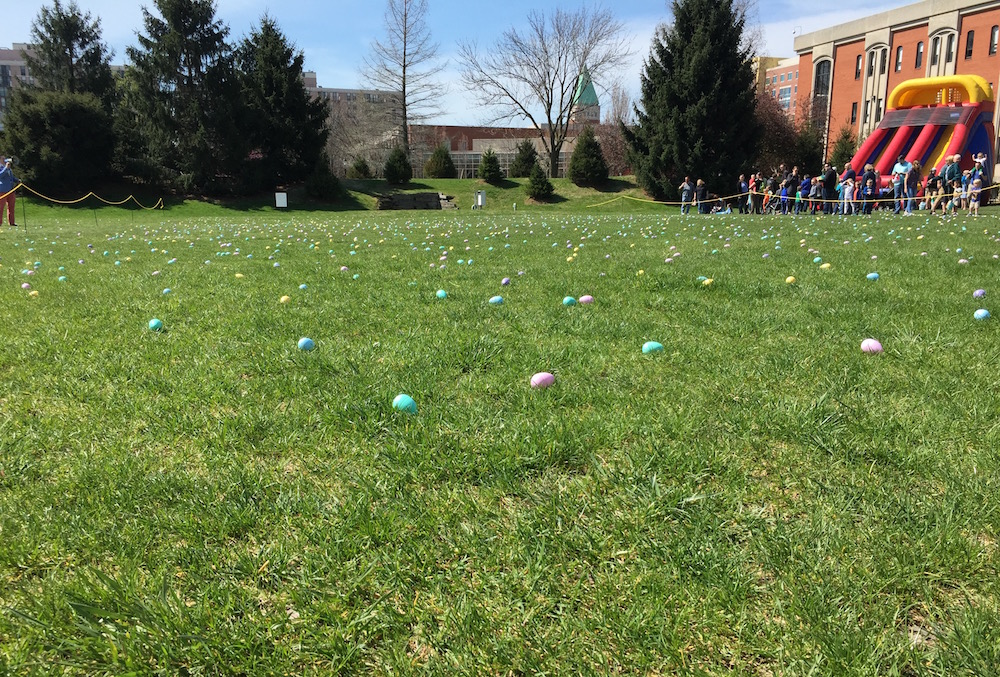 Selfies with four people are hard. 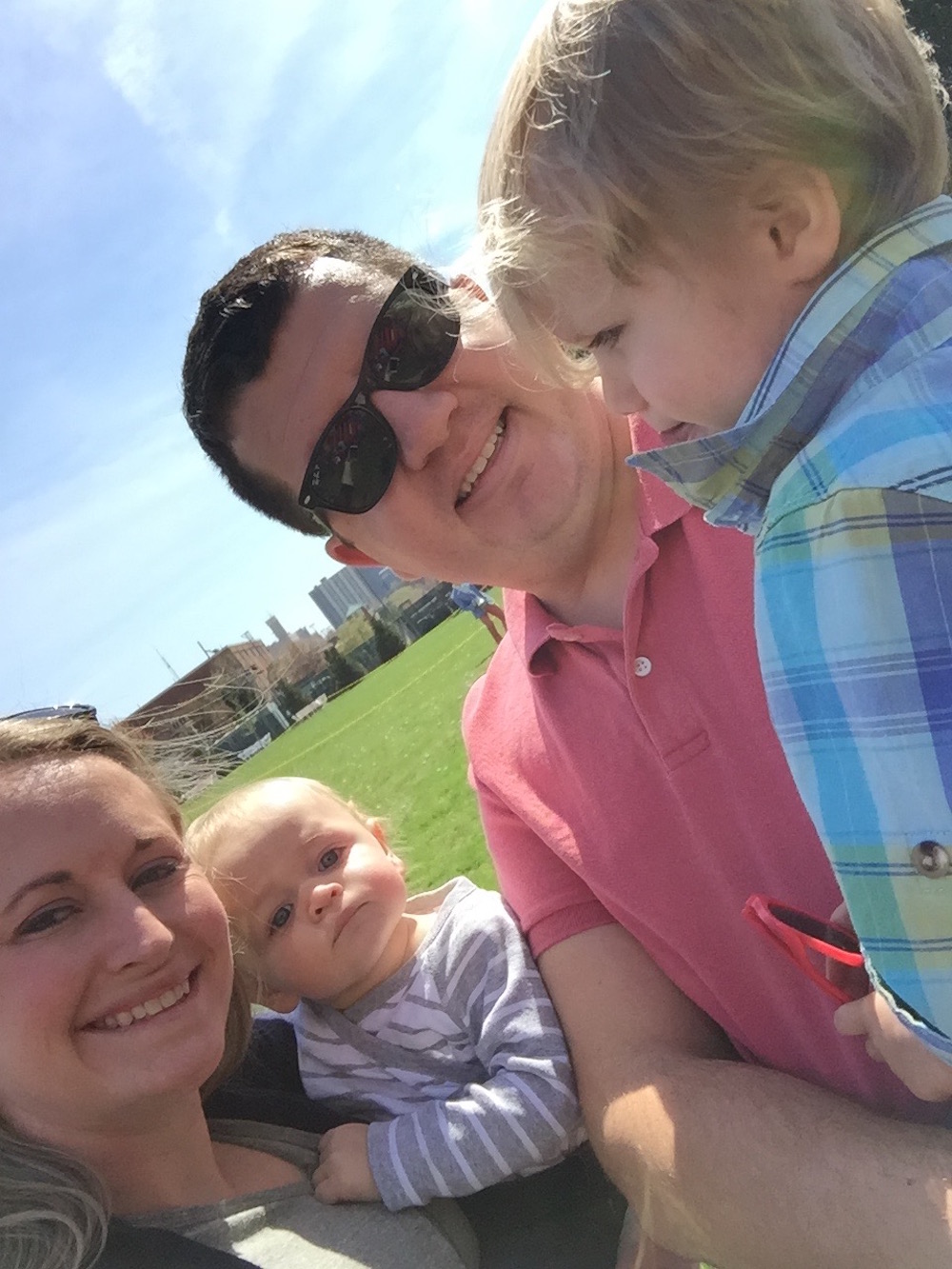 The boys collected their eggs and had a snack. 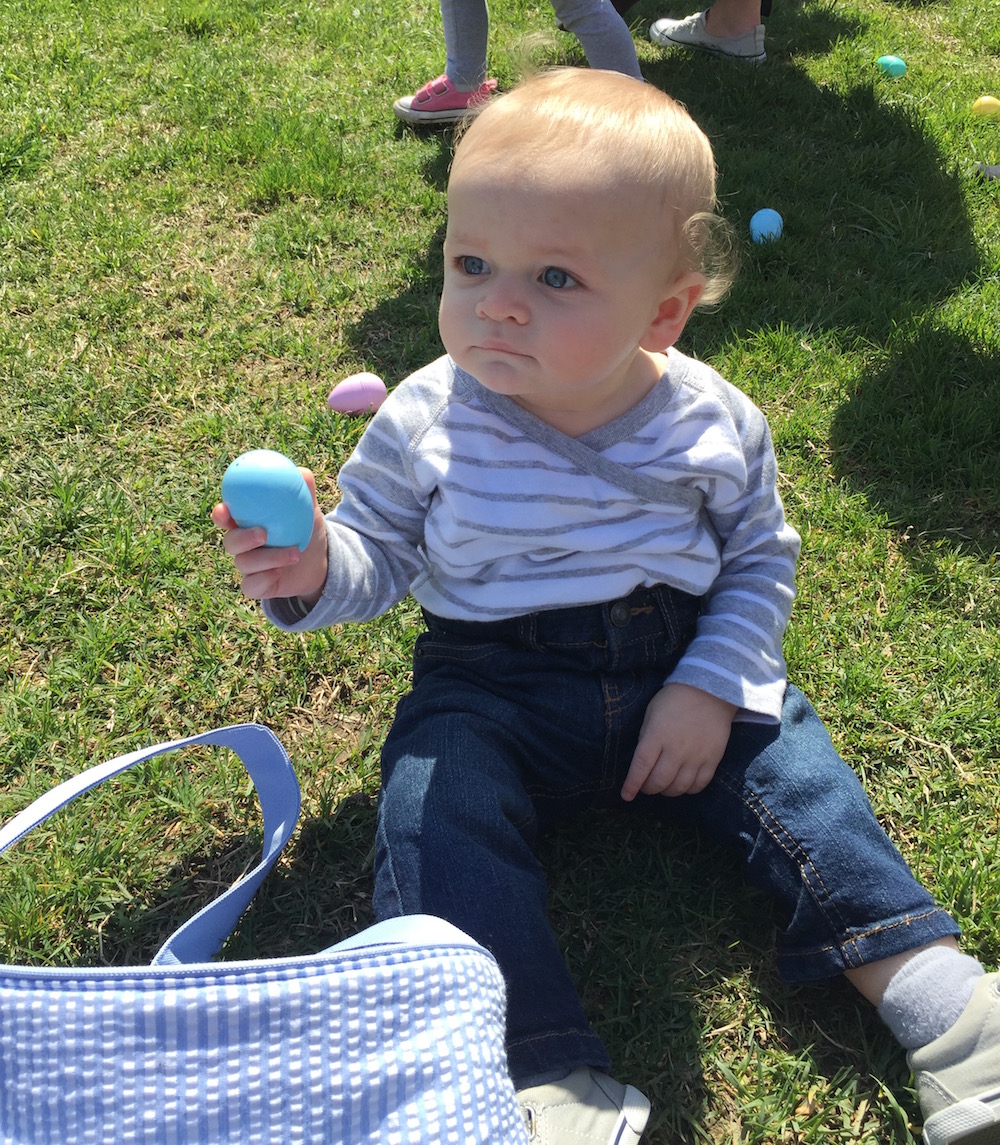 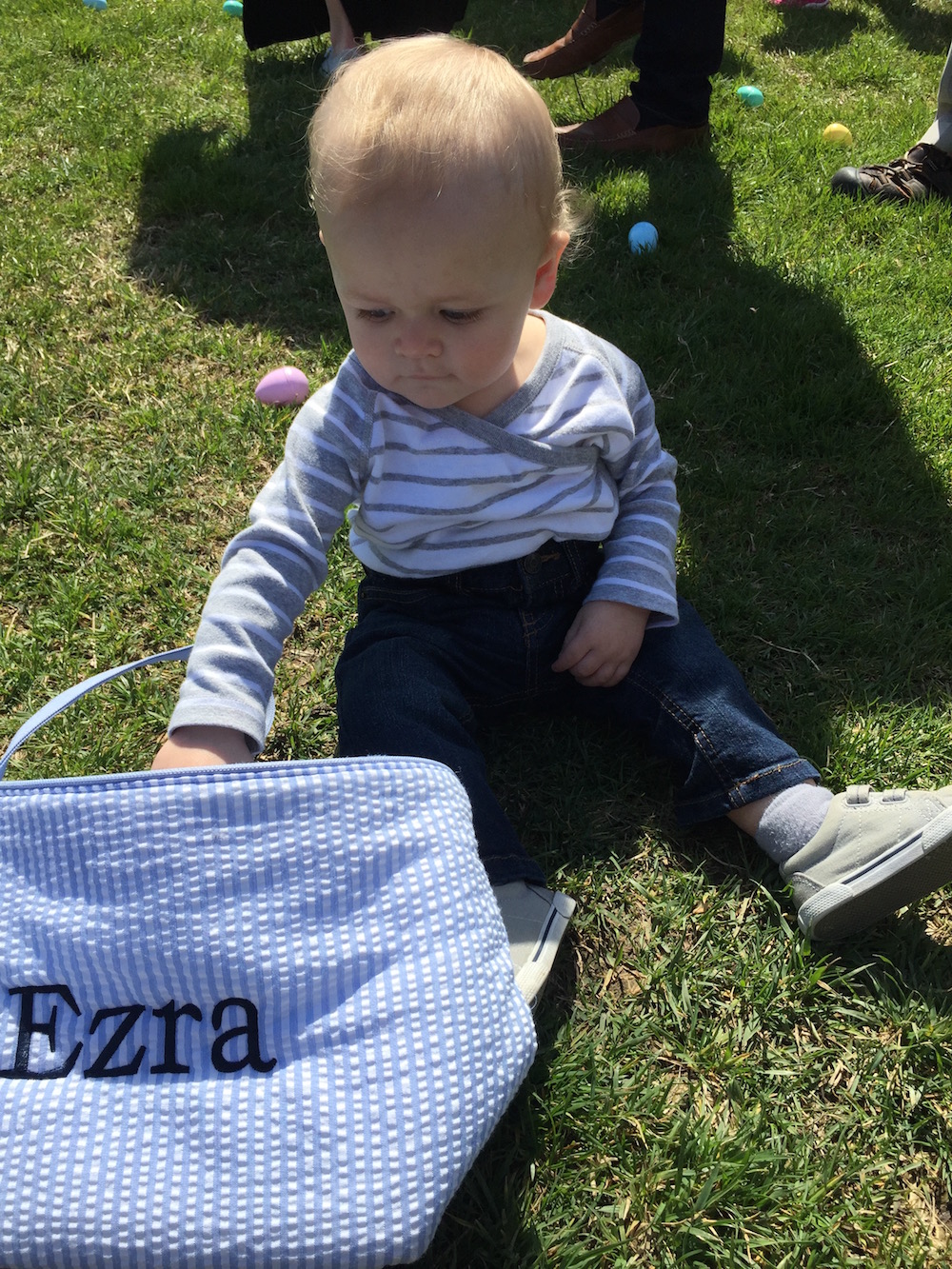 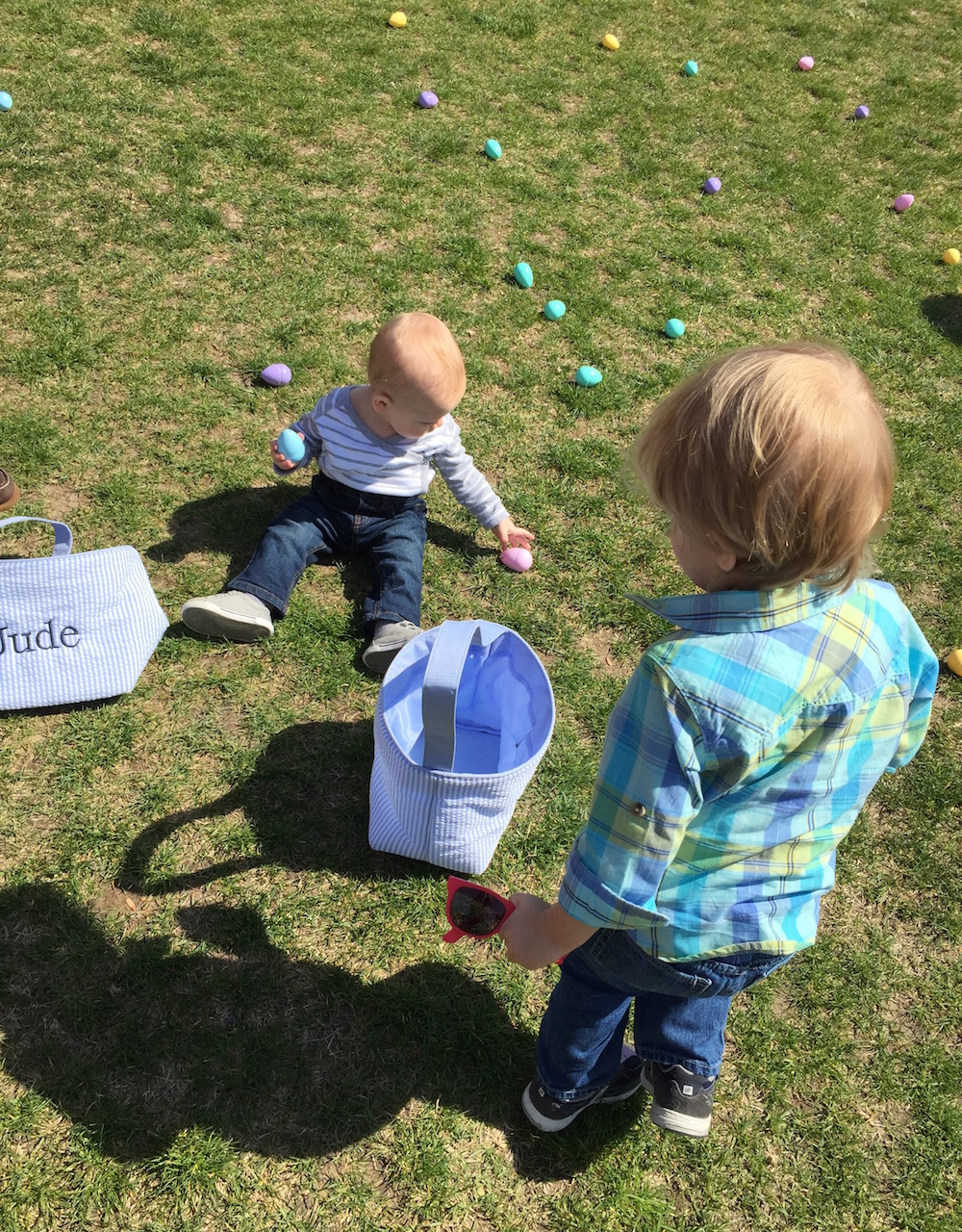 And we got to meet the new Billiken! He definitely wasn’t as creepy as I was expecting him to be, but I still prefer the old one. 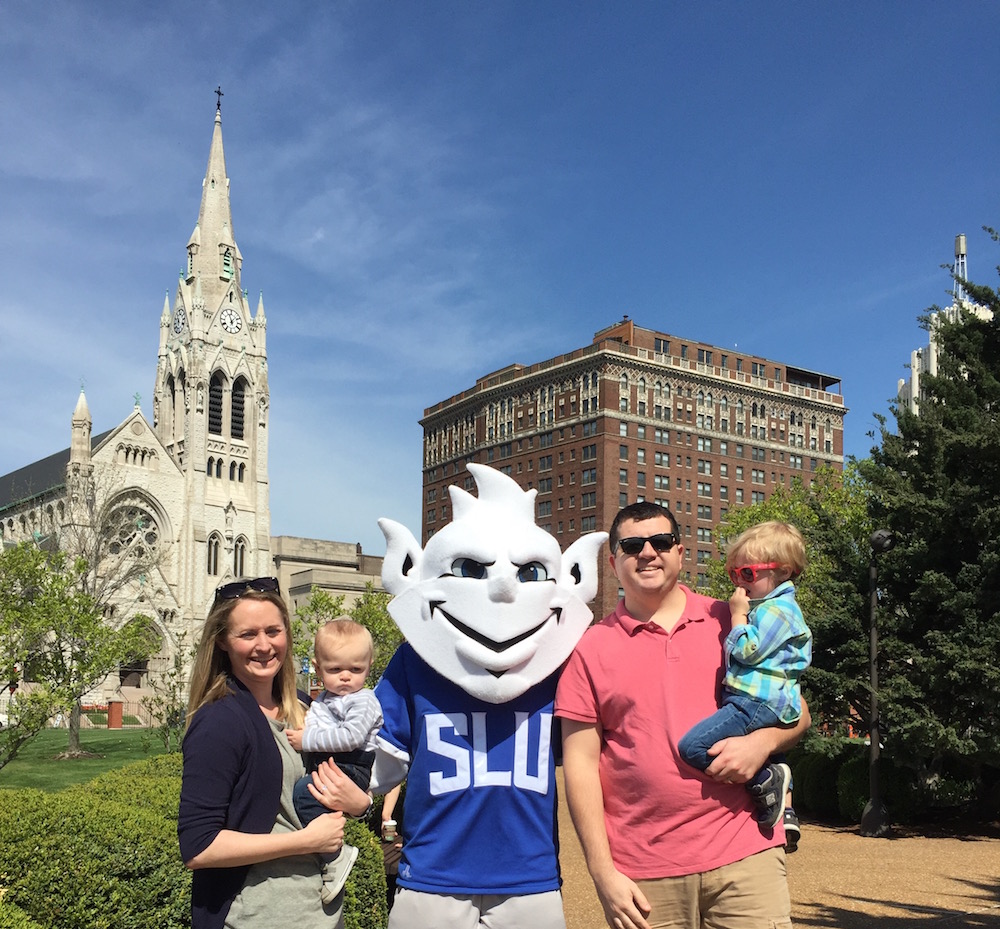 We did a little walk around the fountains, which totally made me reminisce about KD bid day and playing in them. 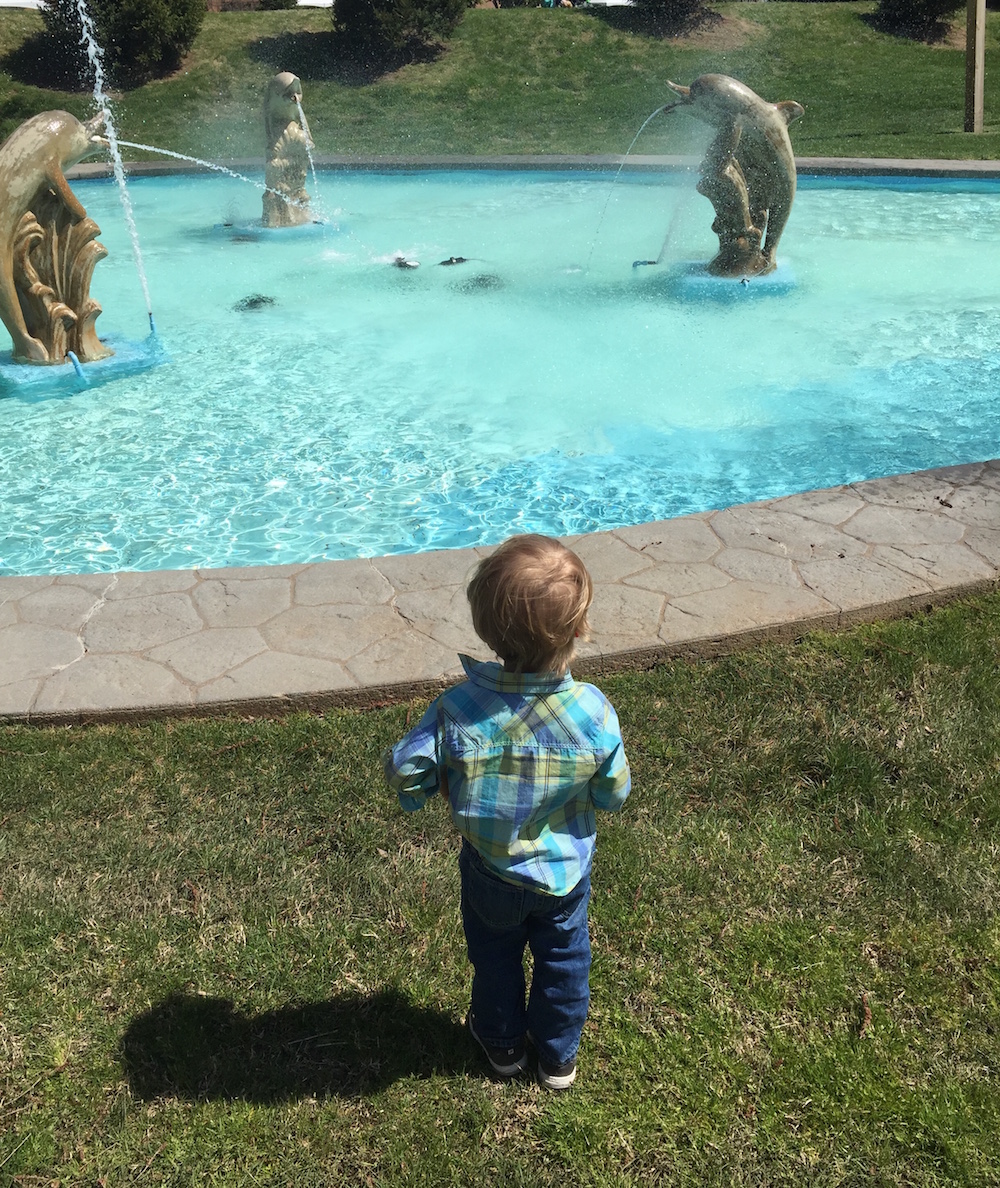 After we left SLU we swung by 2nd Shift Brewing to pick up some new cans and then headed over to the Hill to grab lunch at Gioia’s Deli and play in the park across the street. It was the perfect picnic! 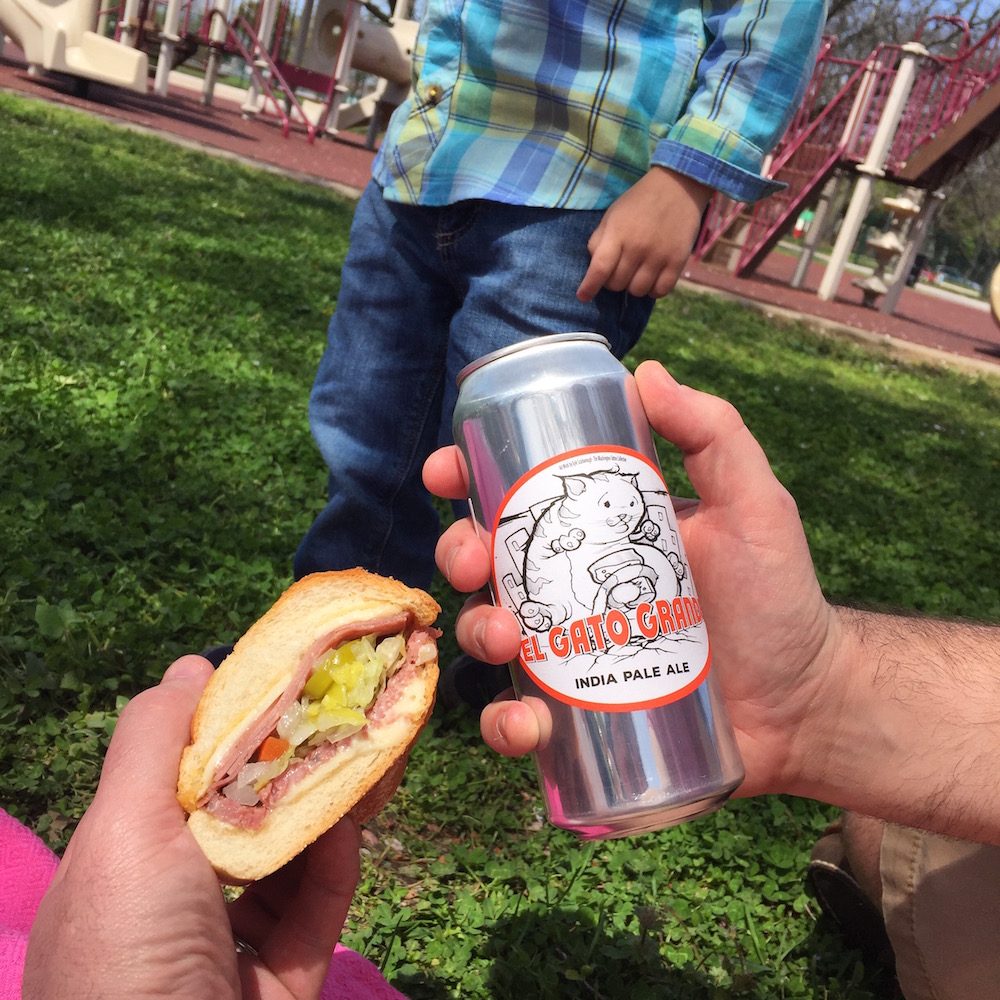 We came home for naps while I ran to Sam’s for groceries and then we spent the afternoon playing in the backyard while BTR smoked some steaks.

Sunday was the laziest day ever and I loved everything about it. We did loads and loads of laundry. 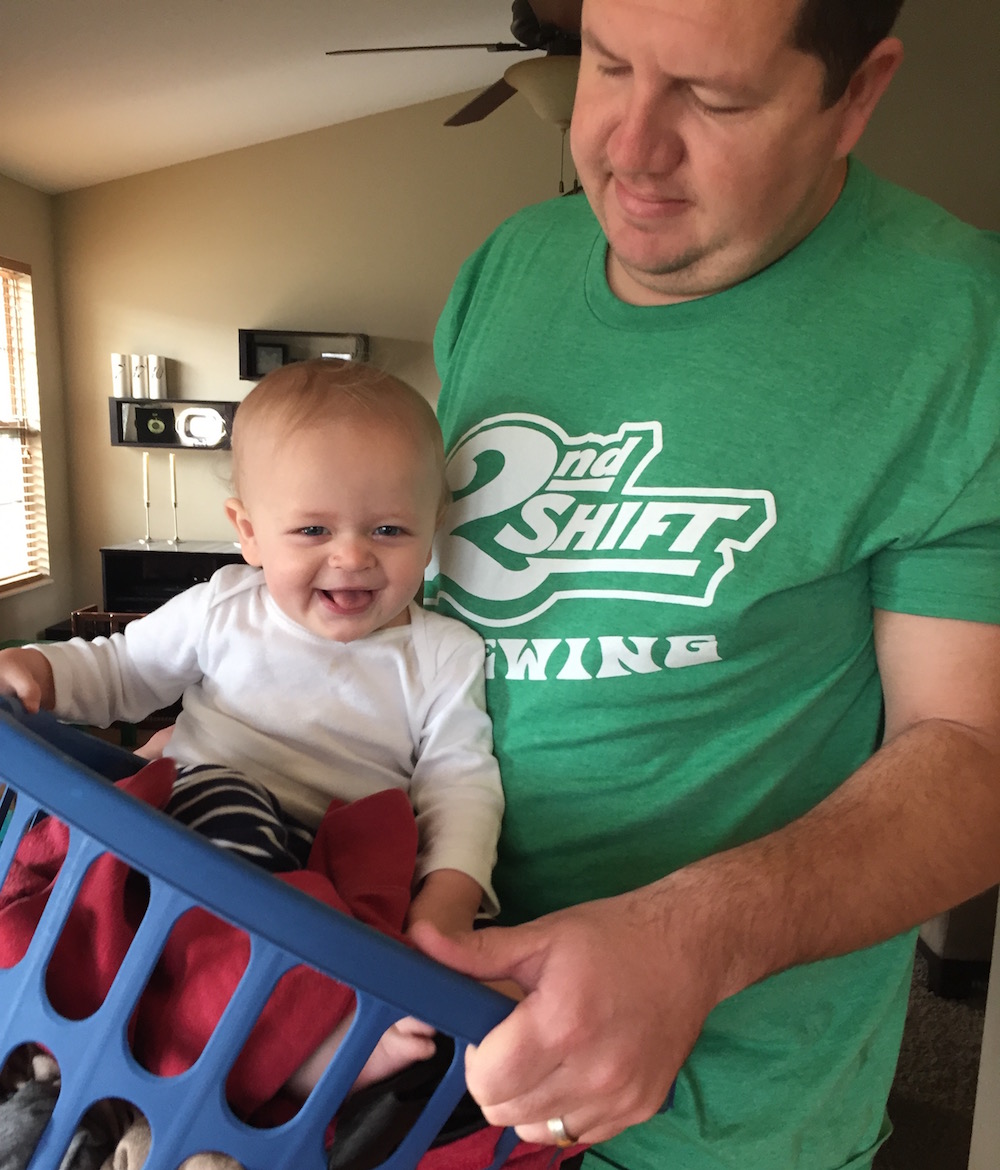 And then we planted some more flowers in the cottage garden and I planted more seeds in the veggie garden. BTR smoked two chickens on beer cans and they turned out delicious! And now we have more chicken in the fridge than I know what to do with. 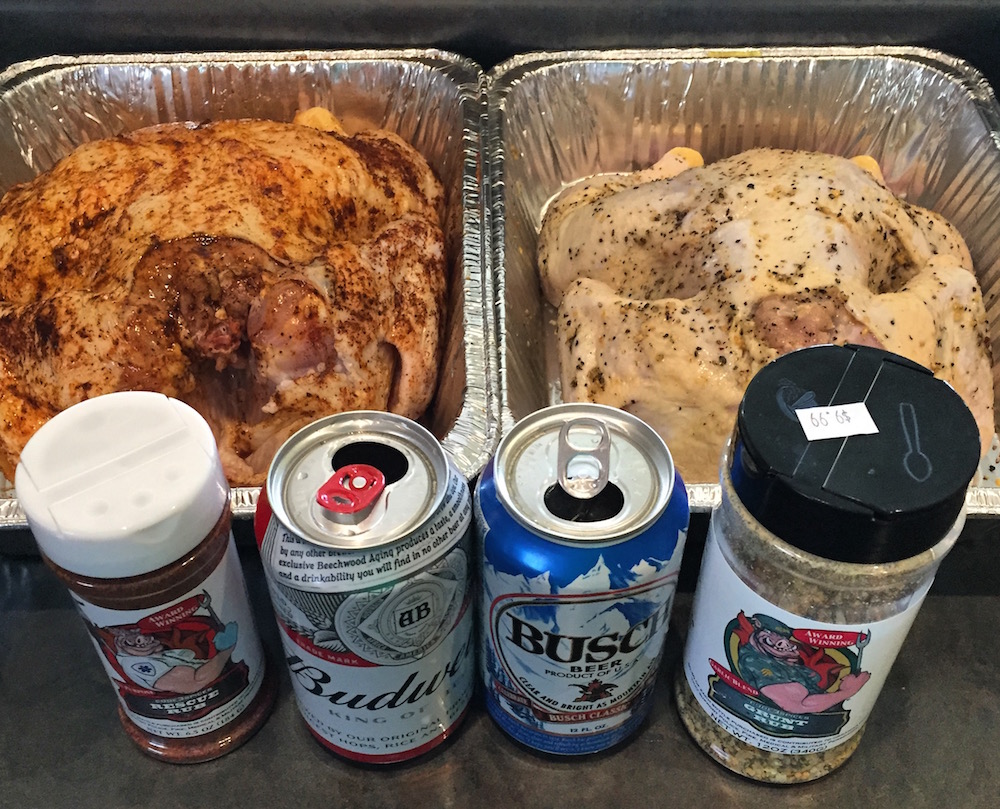 It really was the best weekend! And now we get to do birthday celebrations all over again next weekend for Ezra!!! His first birthday is ON Easter this year! And I’m excited BTR has a short week!

I hope you all had an amazing weekend friends, Happy Monday!