I know it’s only Sunday, but I already have a post scheduled for tomorrow and we don’t have any plans for the rest of today. So you get the weekend recap now!

We had a fun Halloween on Friday and our little lobster was adorable! We woke up bright and early (super, super early) on Saturday morning because BTR had a 5k race! He’s been helping out with the running club at his school and this was the end of their season and what they’d been training for! Jude and I bundled up (because it was freezing) and went to cheer him on.

BTR used to run lots of races when we lived in Chicago and even did the Chicago Triathlon one year! I ran two races with him, but my running career quickly ended after that. I love the idea of running (and the clothes), but can’t seem to actually get myself to enjoy the actual running.

I love cheering for BTR and other runners at racers. One of my favorite events in Chicago was Marathon Weekend. Maybe BTR will start running and racing more again and Jude and I can be his cheerleaders. 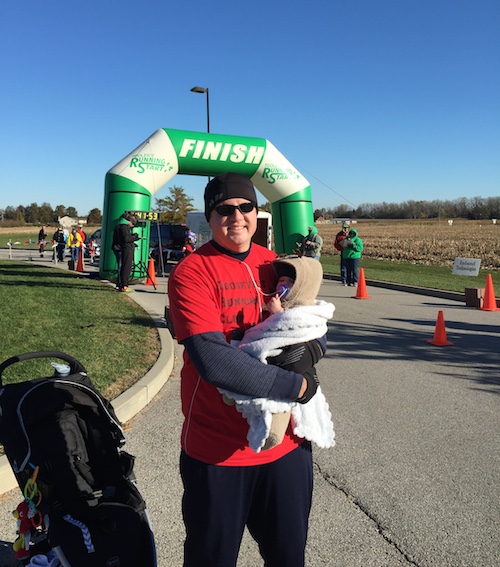 Saturday night BTR and I left Jude at home and headed to STL for my birthday dinner. My actually birthday is on Monday, but we have a really busy week coming up and were able to get a babysitter for Saturday.

First we went to I-Tap in Soulard for some drinks and then headed over to this new restaurant in Benton Park called the Peacemaker. They have this app you use to get in line, so we checked in while still at I-Tap and then when it was almost our turn we headed over. It was great because we didn’t have to wait at all at the restaurant and were seated right away.

The chef/owner of the restaurant worked at Commander’s Palace in NOLA (which we were lucky enough to have lunch at this past winter) so we knew it was going to be amazing.

We ordered hush puppies and a corndog as appetizers. For our meals, I ordered the Lobster Roll (Connecticut style – warm with butter) and BTR ordered the Peacemaker (oyster) Poorboy. We also had a side of fried green tomatoes. Everything was absolutely delicious! 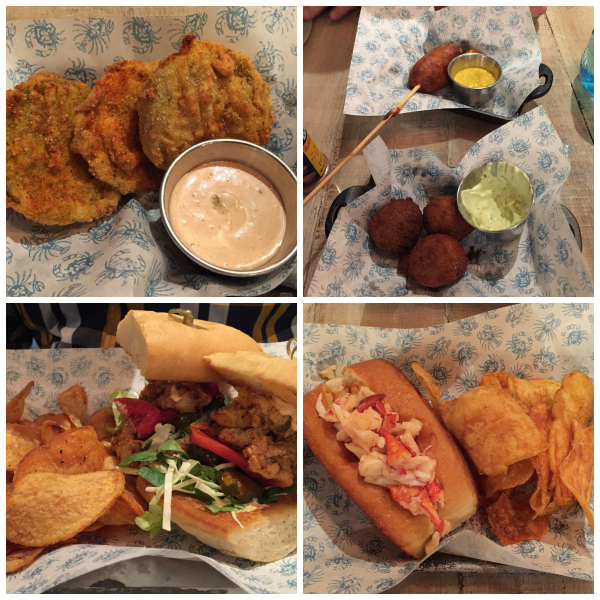 The chef also owns Sidney Street Cafe, which I really want to eat at also. I would love to go back to Peacemaker and get some oysters and maybe try one of the boils! 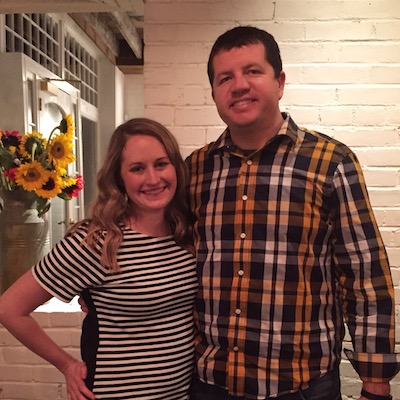 Sunday morning Jude did not care about the time change and actually woke up an hour even earlier than normal. We went to church and then BTR worked on some cutting boards for his etsy shop. We plan on watching the Rams game this afternoon and relaxing the rest of the evening.

We had a such an eventful and fun weekend and hope you did too!