I’ve already told you about me (here and here) and last week I told you about BTR (here). Well today you get to learn all about Jude! Considering he’s only 5 months old there isn’t that much to know, so get ready for lots of photos. :)

We were so excited to find out we were going to have a baby. I made this onsie with my Cricut and iron-on vinyl to take photos to send to our friends and family (and of course then post on facebook and instagram).

We were also excited to find out we were having a boy. Yes I would have loved a baby girl just as much, but I was so thrilled to be a boy mom! I had a very easy and uneventful pregnancy. I have a thyroid condition so I did have to get non-stress tests every week starting at 30 weeks, but everything checked out fine. And that means I got lots of ultra sounds and pictures of baby boy!

We knew what we were going to name him since before he was born, but we kept it a complete secret and didn’t tell anyone until he arrived. Yes we are Beatles fans, but we love his name for so many more reasons than just the song. His middle name, Carter, is named after my grandfather (Richard T. Carter) who was a WWII pilot, State’s Attorney, and local Judge.

I won’t go much detail into his birth, but it really wasn’t as bad as I thought it would be. I had read lots of other people’s birth stories so I think I was prepared for the worst. I woke up around 4:30 in the morning on April 7, arrived at the hospital around noon, and he arrived at 8:19 that evening. And yes drugs were involved!

As soon as we had found out I was due in April, we checked the Cardinals schedule. He was actually due on April 14, but we always kept joking that it would be so fun if he came early and was born on opening day (which is a national holiday in our house). Well wouldn’t you know it he did just that!

So I’ve been a mom for a little over 5 months now and it’s been wonderful. Like horrible birth stories, I’ve read lots of stories of babies that don’t sleep, won’t eat, and cry all the time. I can’t say that we’ve had any of those problems with Jude. Don’t hate me, but he’s been sleeping through the night since he was about three weeks old! And nursing hasn’t been as bad as I thought either. We are still going strong and will continue to as long as we can. 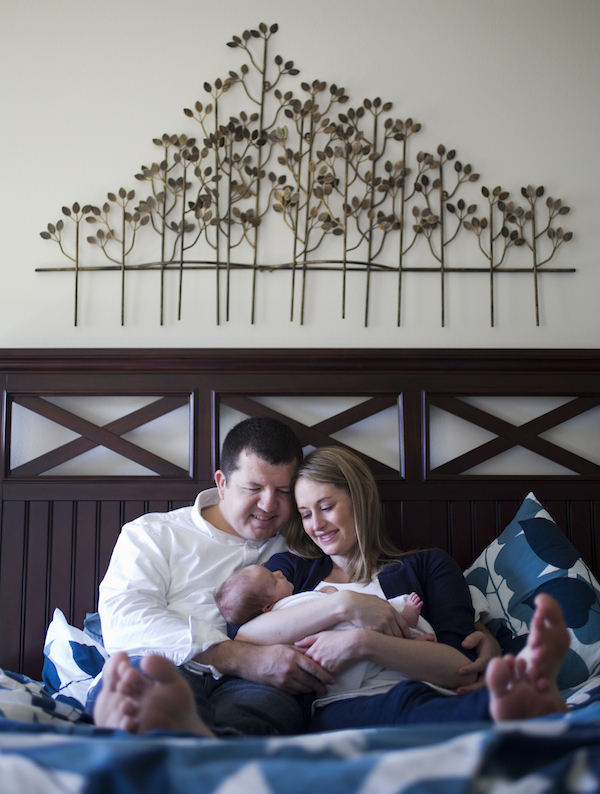 Thanks for reading all about my little guy. I really do feel like he’s been the best thing to happen to our little family! We love him so much and can’t wait to watch him grow.

I’ll be doing a nursery reveal later this week so check back!