So I obviously didn’t get my act together for a Friday Favorites post this week, so you get a Saturday update!

One.
I had a wonderful birthday on Monday! We celebrated on Saturday at dinner since BTR had to work till 8 that night (parent-teacher conferences). BTR actually didn’t have to go into work until noon that on Monday so we went out for breakfast. Did you know that you get a free grand slam at Denny’s on your birthday? :)

Two.
Ellie likes to hide treats when we give them to her. She’s not very clever and usually just hides them on the floor in our room. Then Addie finds them and eats them and she gets upset. Well she found a new hiding place, in Jude’s room! I found her like this on the chair the other day. 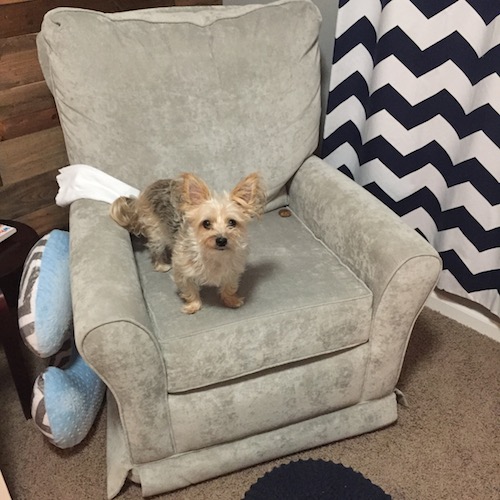 Three.
We were going into the grocery store the other day and when we reached the door I looked in Jude’s carseat and realized Sophie was gone. We then heard a dying squeak and realized she was in the crosswalk and a car had just hit her. I was able to wash her off, but her squeak just isn’t the same. Jude was not pleased. #momfail

Four.
Jude had an outpatient surgery this week. He had to go under general anesthesia and it was the longest hour of my life. He’s pretty cute in a hospital gown though! 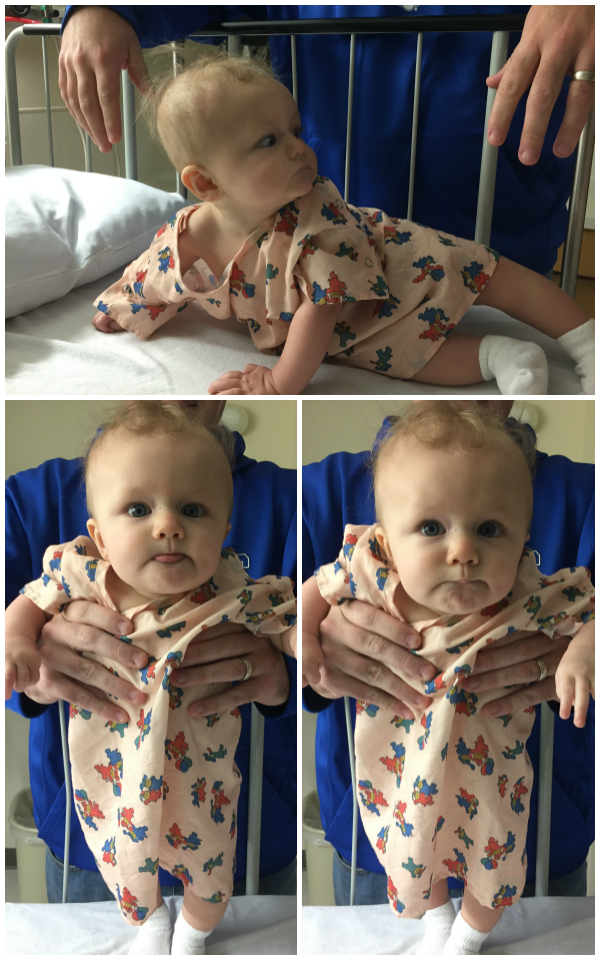 He was groggy when I finally got to see him, but he was super cuddly. He’s recovering great and everything should be back to normal by Monday!

Five.
BTR has been working on trying to find a bourbon or wine barrel for a few months now. He finally was able to get one from a local craft brewery this week! He is going to make bottle openers out of the staves to sell in his etsy shop! They would be a great stocking stuffers for Christmas! (shameless plug)

We are laying low this weekend with lots of movies and baby snuggles. Hope you have a good weekend too!

This error message is only visible to WordPress admins

There has been a problem with your Instagram Feed.
We are a participant in the Amazon Services LLC Associates Program, an affiliate advertising program designed to provide a means for us to earn fees by linking to Amazon.com and affiliated sites.