A couple weeks ago we had the most INSANE amount of snow. Like more than I’ve ever seen in my entire life. 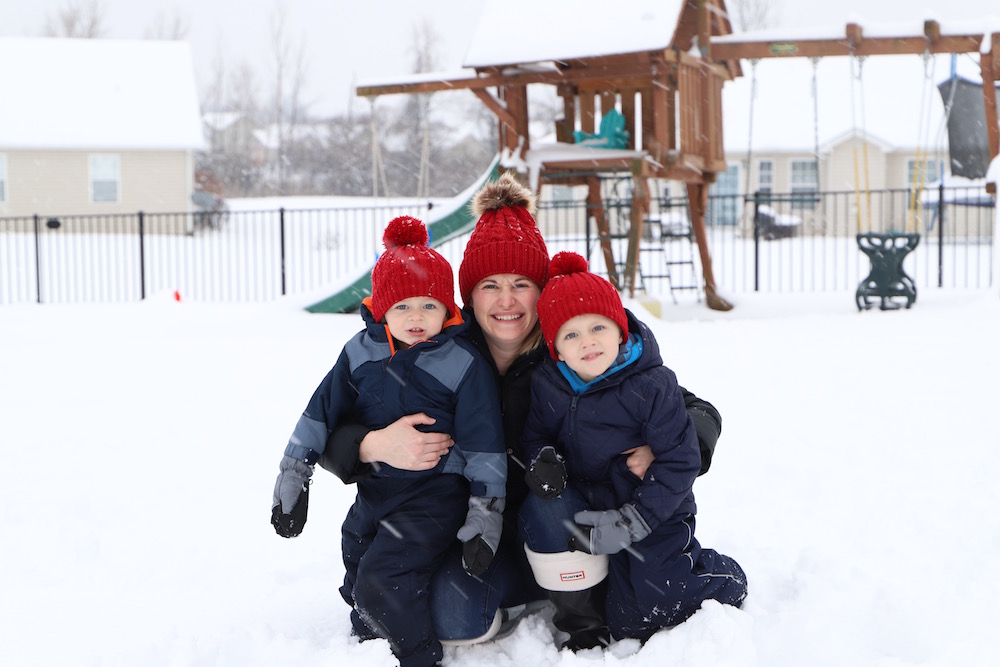 So we bundled up. And I grabbed my camera (duh) and we headed out! 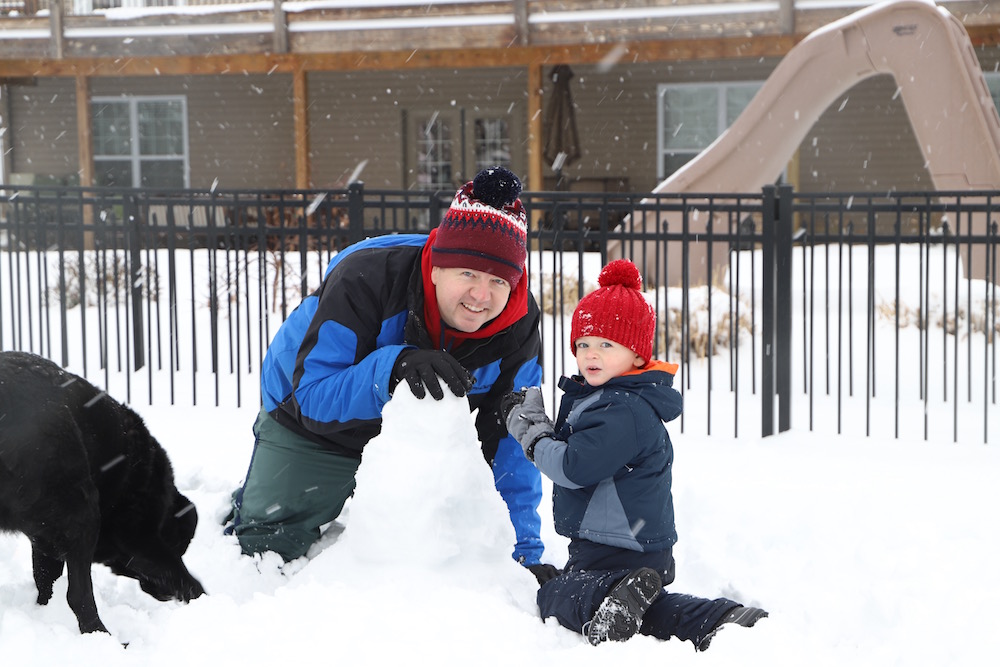 We’ve been lucky enough to inherit hand me down snow gear for the boys and I had found some clearance snow boots at Sam’s in November!! Look at Addie, I think she had more fun in the snow than the boys. 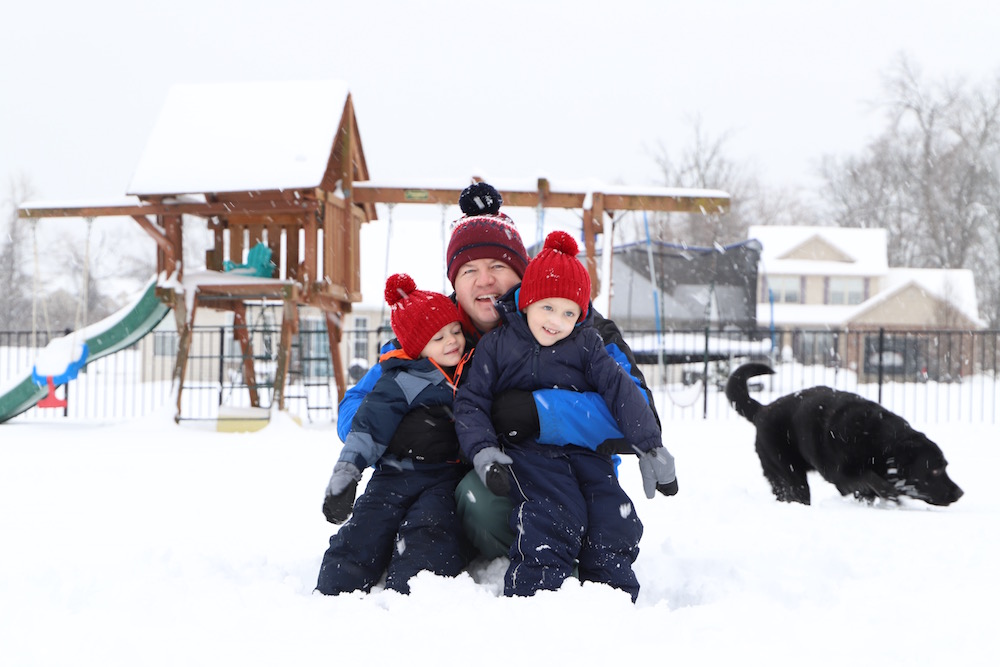 But I quickly realized I didn’t have good snow pants! I just ordered these bibs from Amazon so I’m ready for the next snow day! 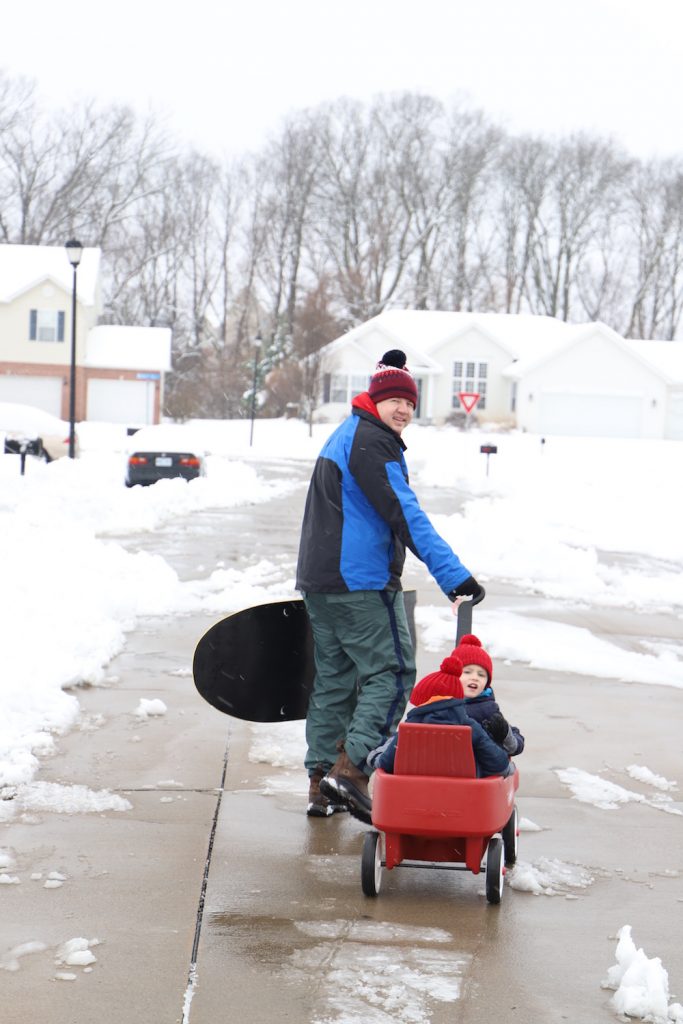 We decided to head to the big hill down the street to sled so we loaded the boys in the wagon. Because Ezra walking in snow gear is 1. hilarious and 2. really slow. 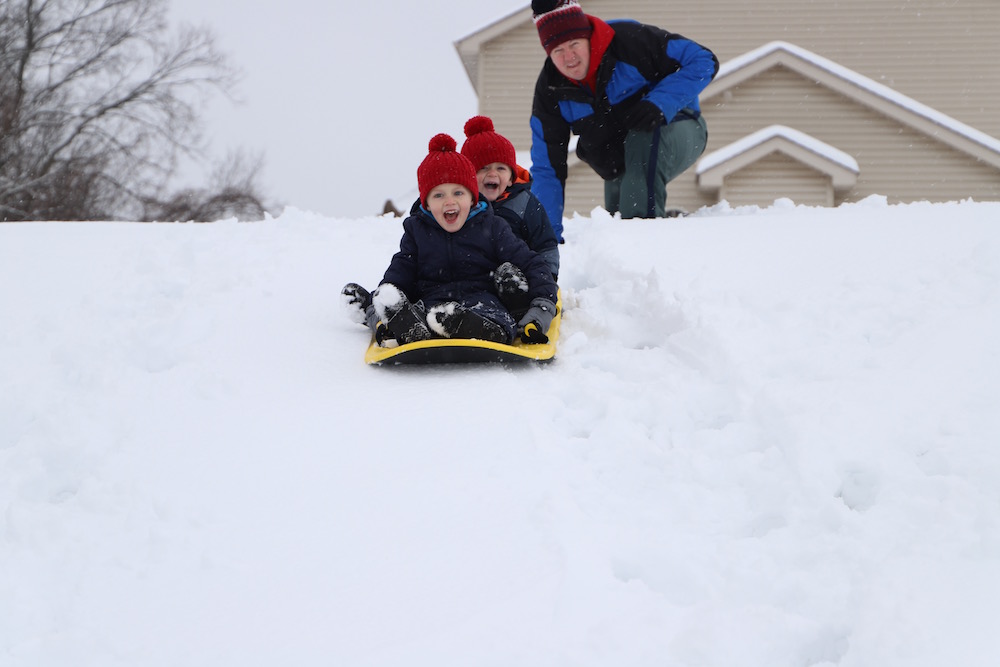 We have this really big ditch just around the corner and it’s the best for sledding! 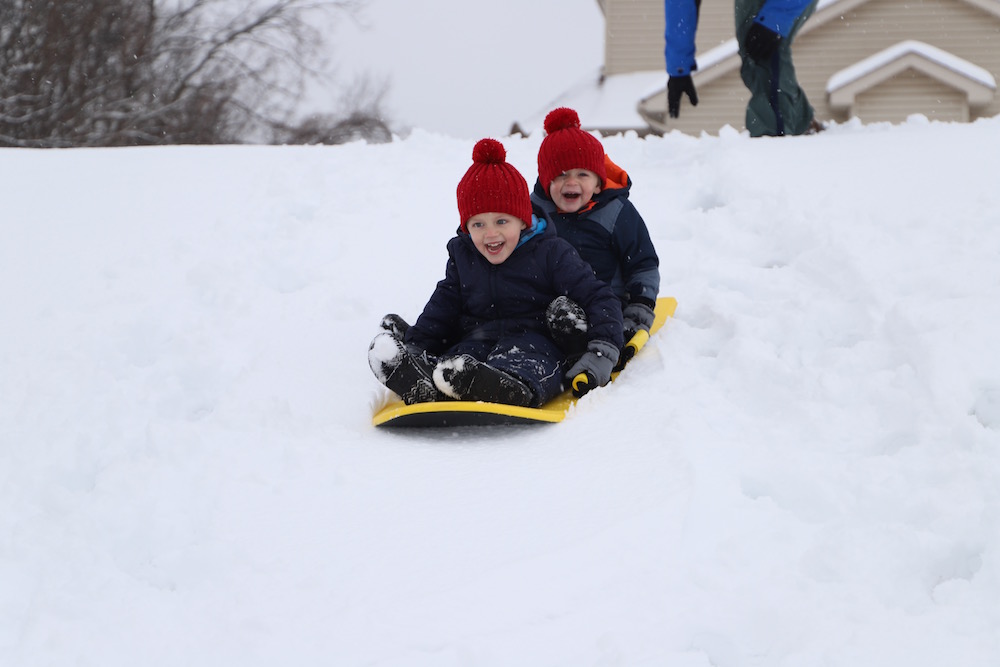 Basically it was the best 15 minutes ever. Because it was cold. And Ezra kept losing a shoe. :) 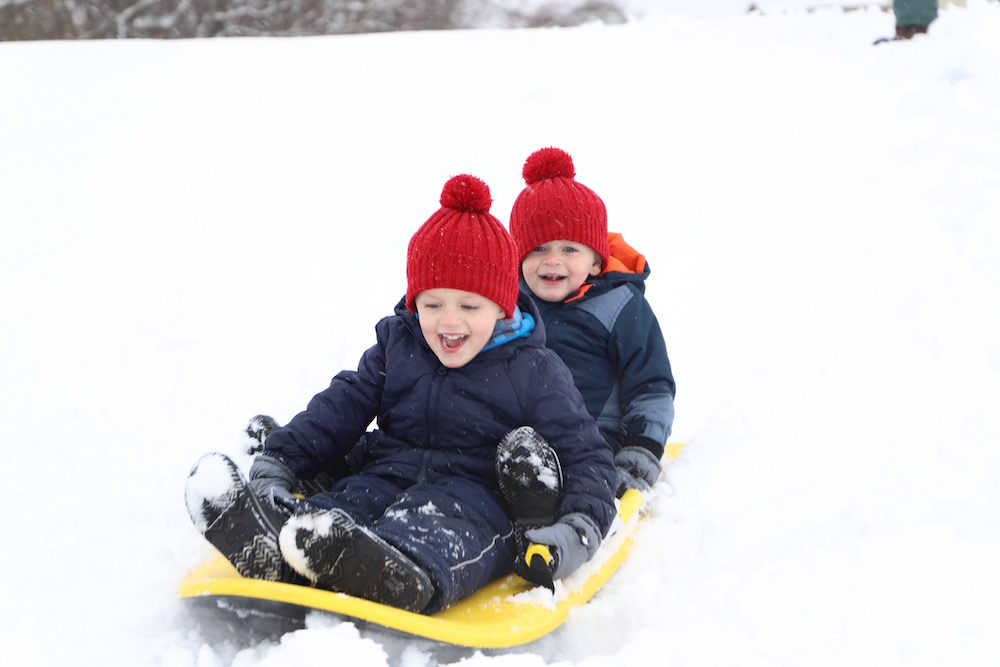 But first one sled ride with BTR. I promise you Ezra loved it despite how it looks in this photo! :) 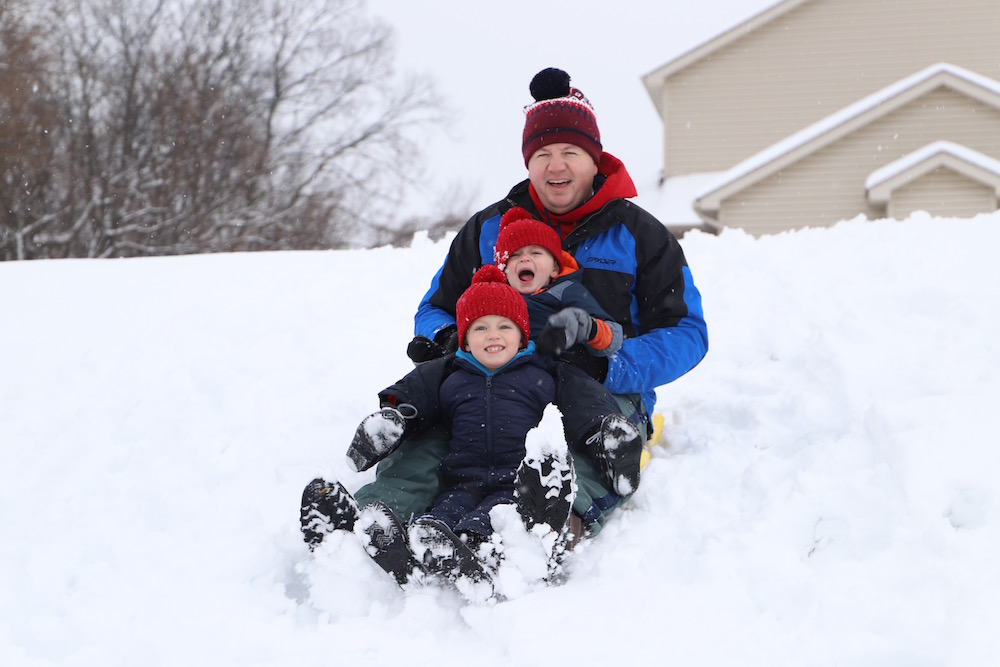 Happy Snow Day Friends! I personally am hoping for ZERO more snow day (unless it’s the weekend) because we have a beach trip planned and I need BTR to get out of school on time!