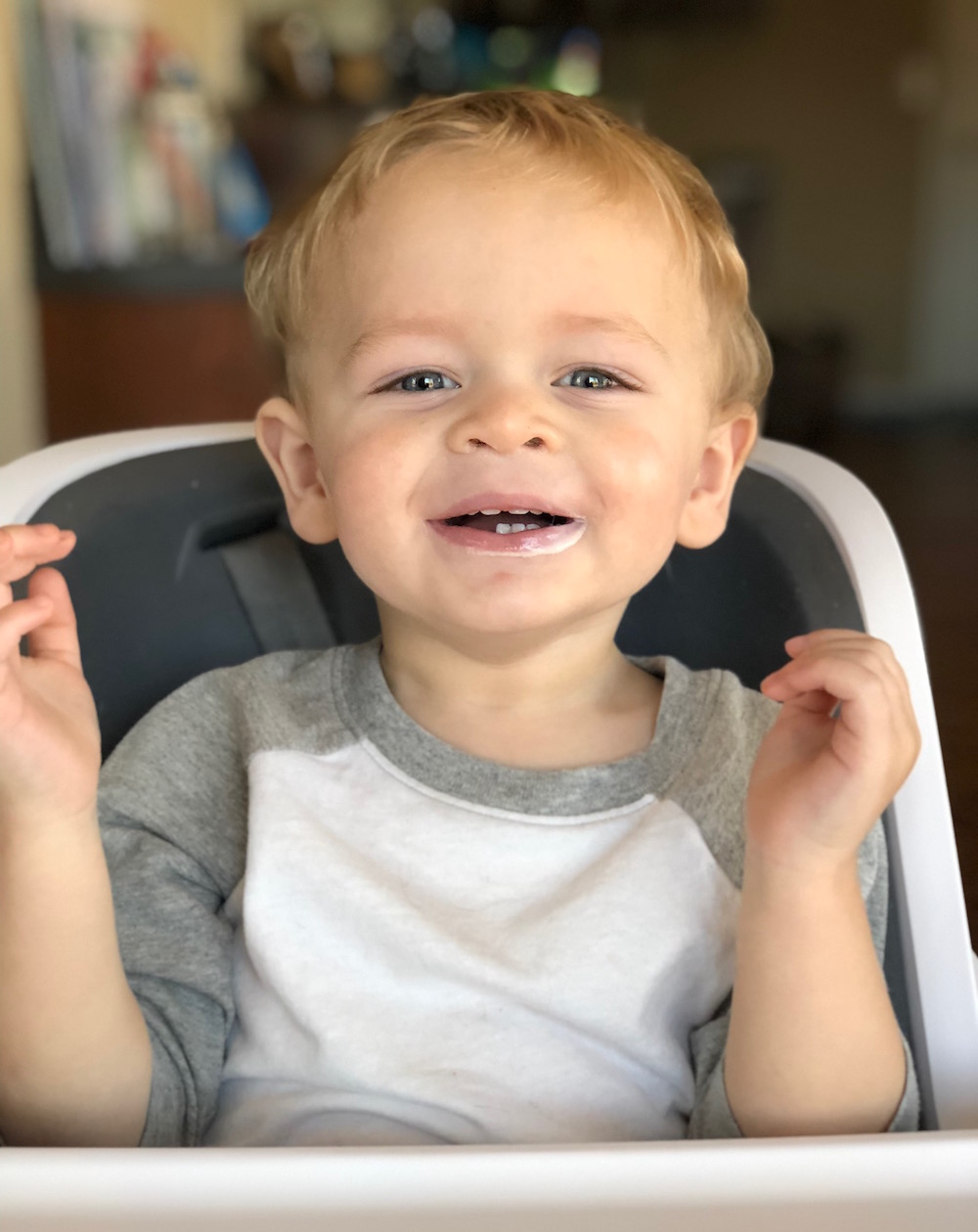 For better or worse, Ezra has had a totally different 18 months than Jude did, as he was our first kid. And we also had no idea what we were doing with Jude. But because Ezra is our second (and no we still don’t have any idea what we are doing) he has a much different personality than Jude. He might not get as much one on one attention or brand new clothes like Jude #secondchildproblems, but he has been exposed to so much more and is much more independent than Jude was at the same age! 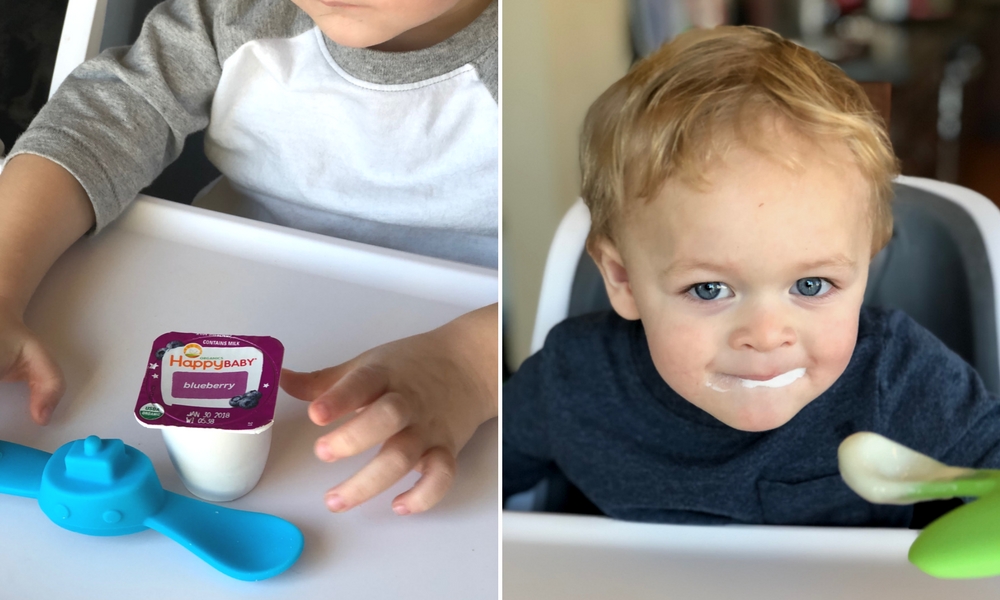 Sometimes I feel guilty that I am not doing everything with E that I did with Jude, or he isn’t getting the same attention. But instead of wracking myself with mom guilt, I’m learning to accept that it’s just different with your second. Time goes by SO FREAKIN FAST and there’s no time for extra guilt. And I’m working on a routine to have more one on one time with both boys. 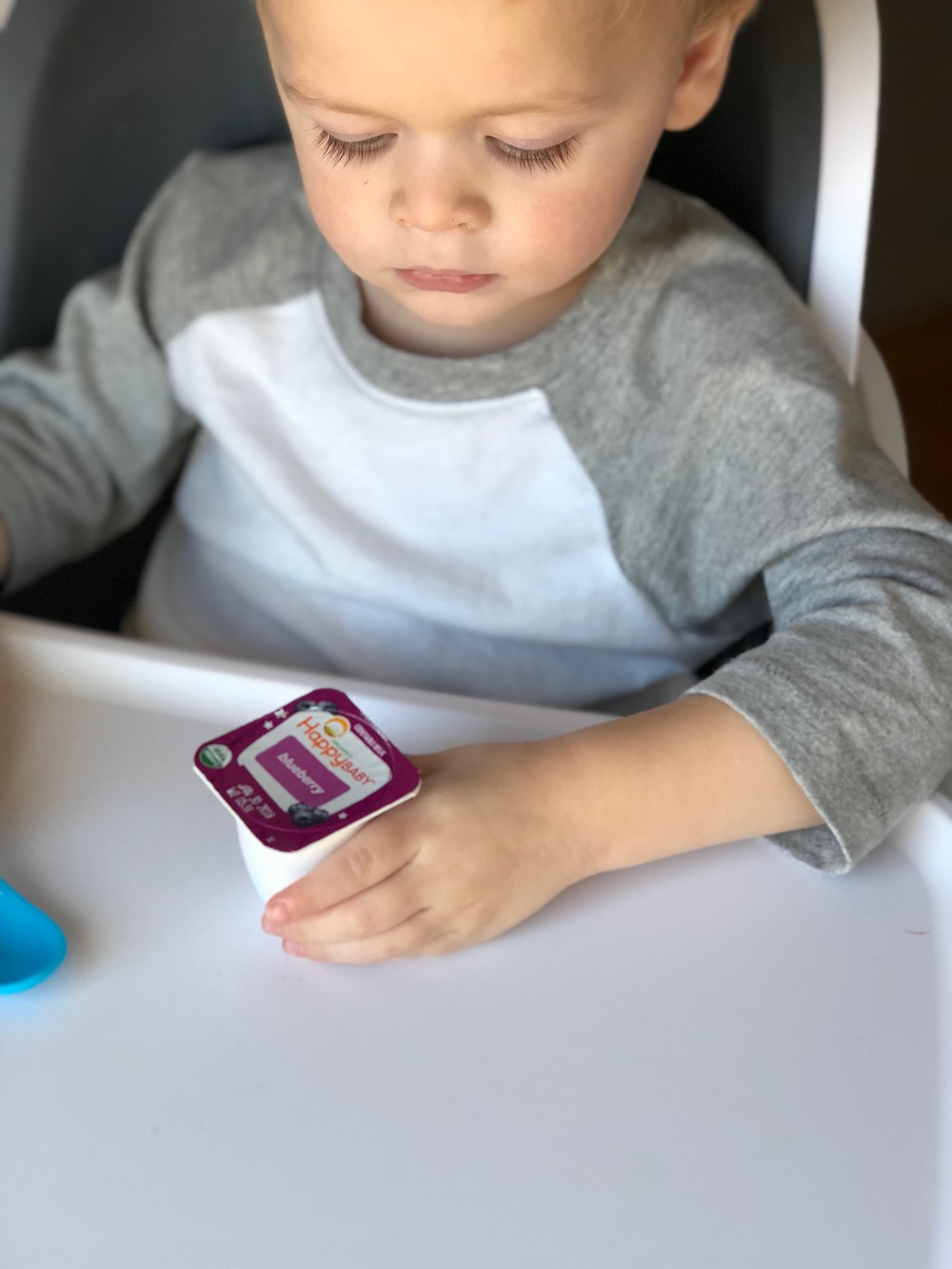 Since Jude is in preschool it is nice E and I get some one on one dates twice a week. We run errands (Target, duh), go to story time with friends, and sometimes just come home and play with toys. Because it’s a lot of fun to play with your big brother’s toys when he isn’t around. 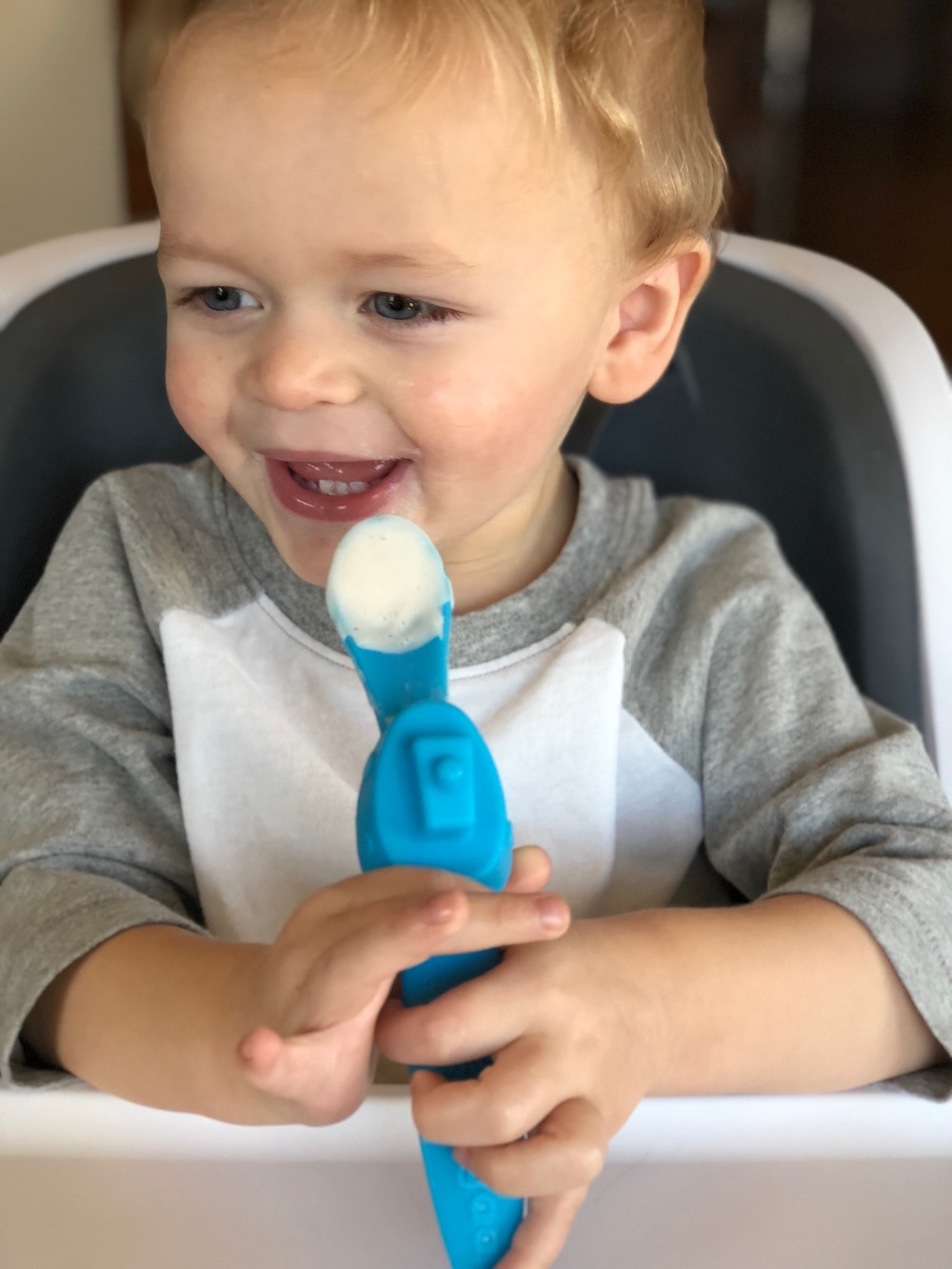 With Jude, we tried all kinds of foods and really made a big production out of it. And of course, at some point, he got an opinion and turned into a picky eater. I won’t admit how many days in a row he’s had noodles for lunch. I am hoping to have a different approach with Ezra. We have given him lots of different foods much earlier and not forced it as much and he seems to like so much more than Jude ever did! 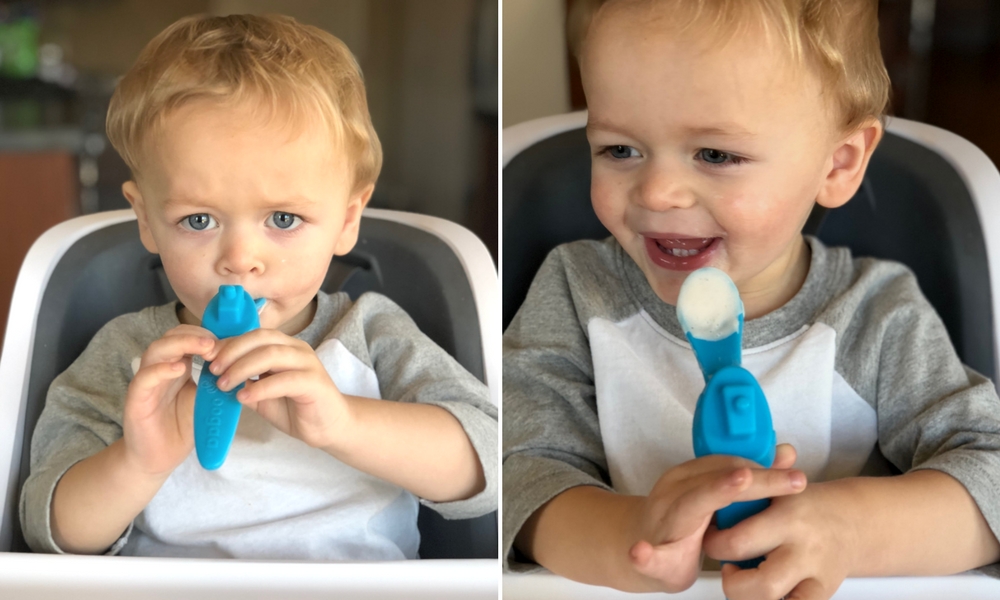 One of the great ways to introduce him to new flavors is through yogurts that have healthy flavors blended. in. We love Happy Family Yogurts and their variety of flavors. I love that they are made with whole milk and vitamin D, probiotics, and have no added sweeteners. 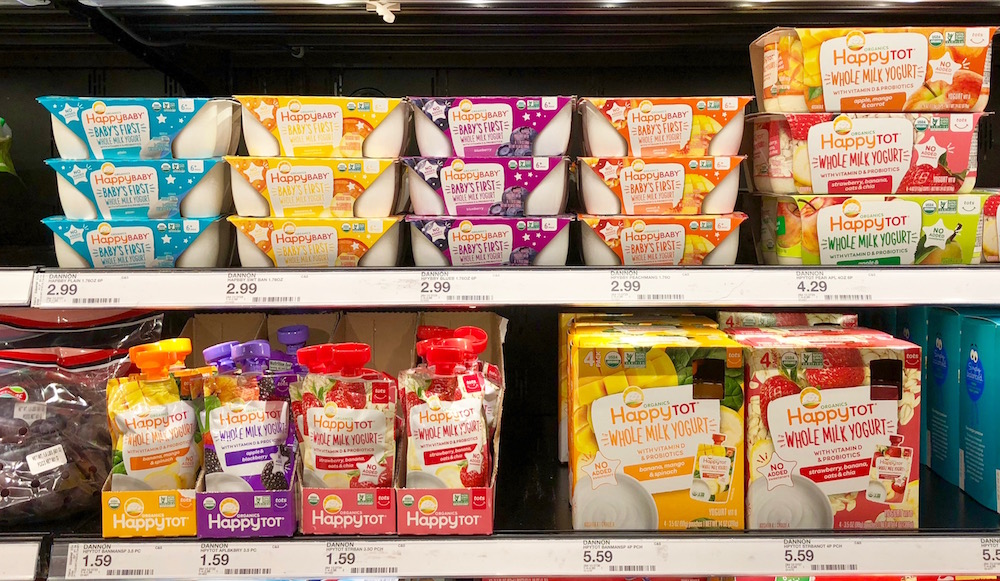 We picked them up at E and I’s favorite date place, Target (again, duh). We also grabbed a few of the Happy Family Tot yogurts for Jude! I love that you can get those in pouches or cups. 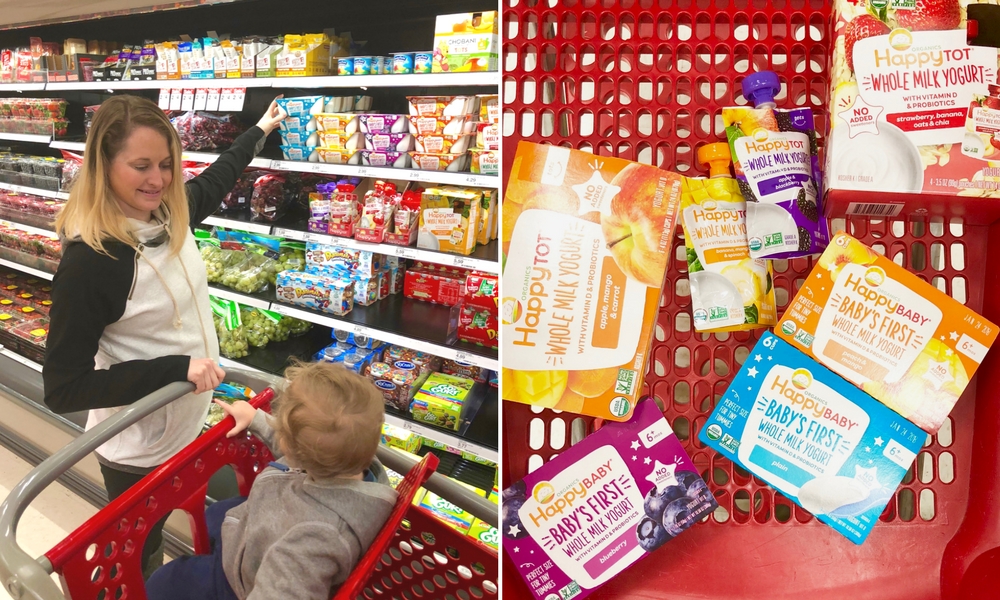 Ezra has had more a positive experience with his first foods as I think we were more relaxed about it and were ok if it didn’t work or he didn’t like something. And he basically likes everything now! 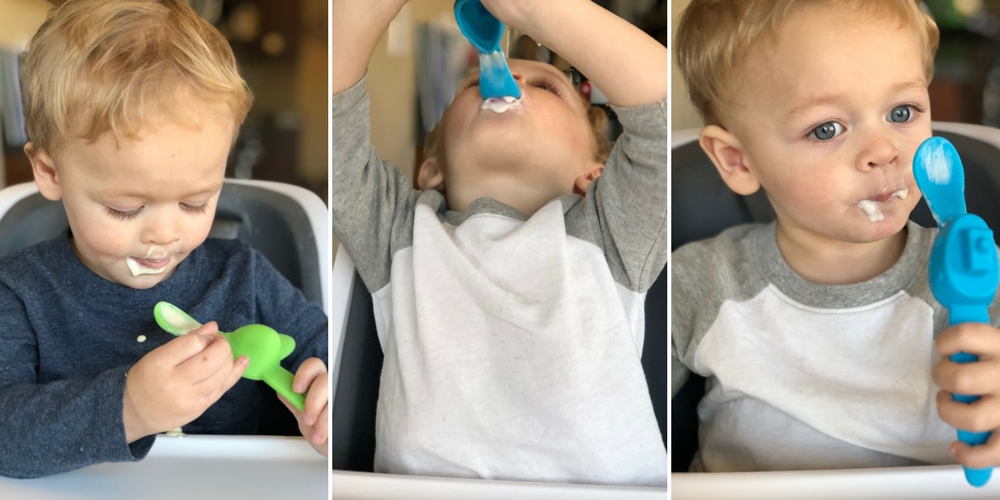 As a mama of two, my advice to myself two years ago would be to not put so much pressure that the second kid will have everything the exact same as the first kid. It’s better to embrace the new normal and make a new routine. The second one grows up so much faster and learns so much quicker, especially since they are watching a threenager work their magic on their parents! 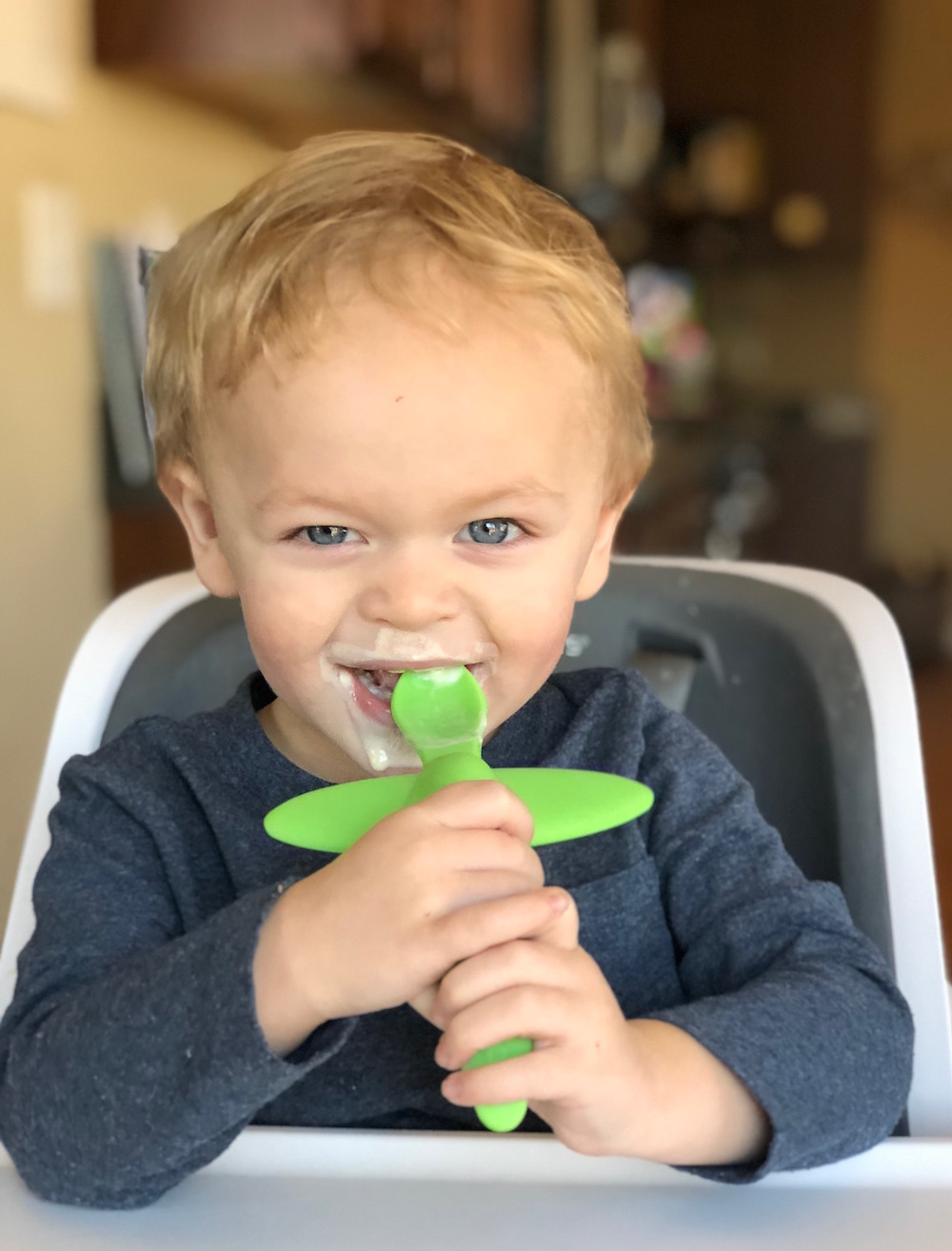