DockATot sent me this dock for my review, but all opinions and no-nap ninjas are my own.

Let’s start this post by me telling you where I’m writing this post from. My bed. On my phone. And guess where Ezra is? In his DockATot right next to me. And Jude. Well, Jude is supposed to be napping but that’s a story for another day. Like maybe tomorrow. 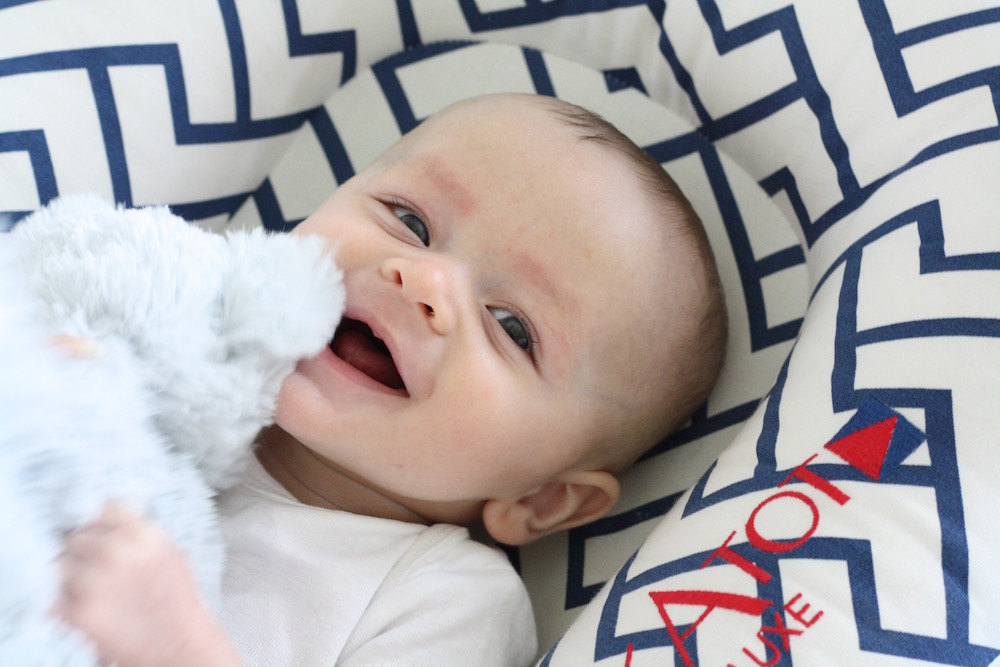 When I reached out to DockATot to see if they would want to collaborate, I never in a million years thought they would say yes. But they did and I’m pretty much the happiest blogger ever! 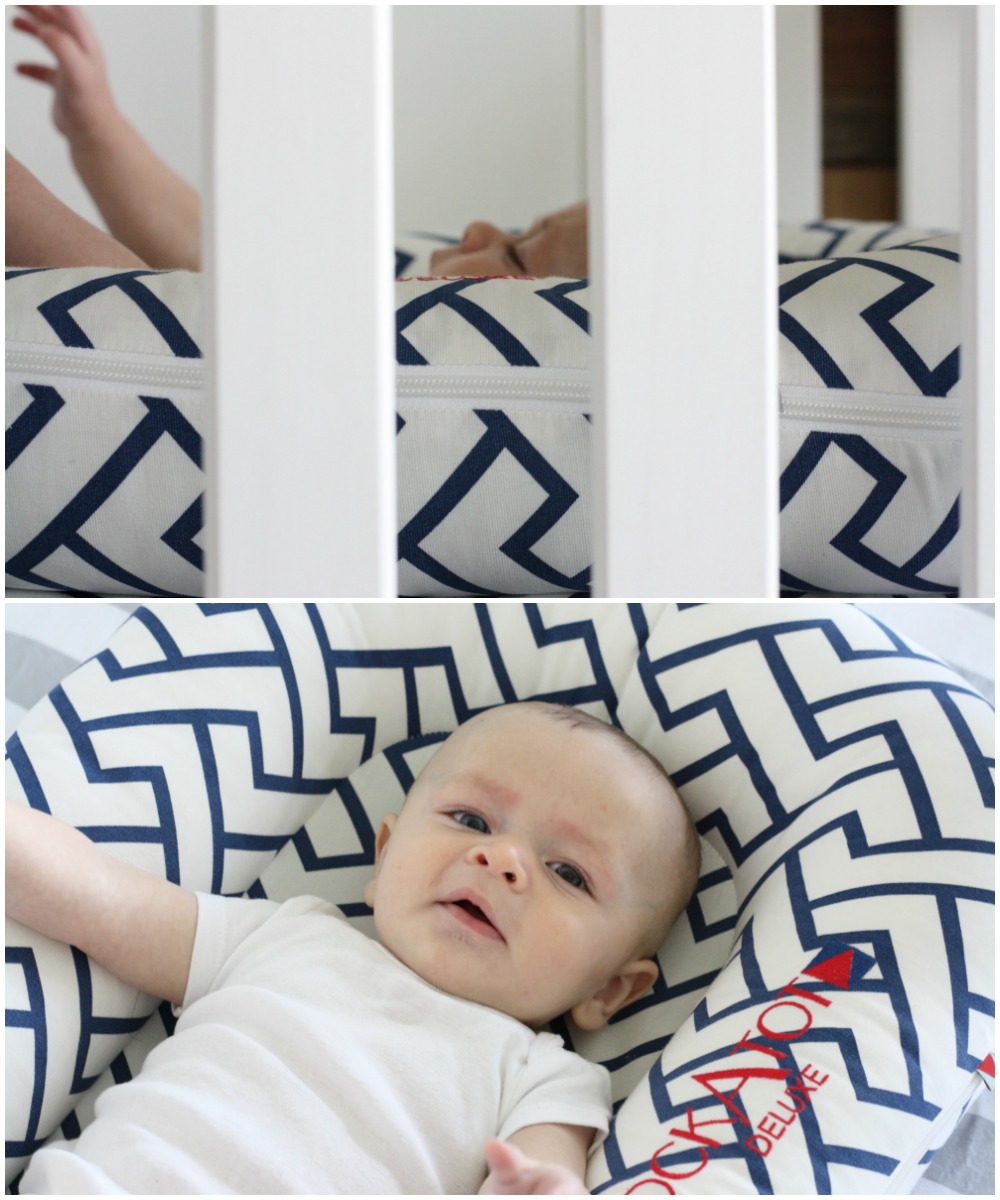 First, let me tell you a bit about the DockATot. Because your probably like DockAWhat? From the DockATot website:

DockATot™ Deluxe and DockATot™ Grand are designed to be comfy and ultra-reliable lounging docks for little ones ages 0-36 months. You can use DockATot™ for safe co-sleeping, supervised tummy time, play time, snuggle time, supervised naps, as a changing station, or really just any time you need to put baby down in a comforting spot. 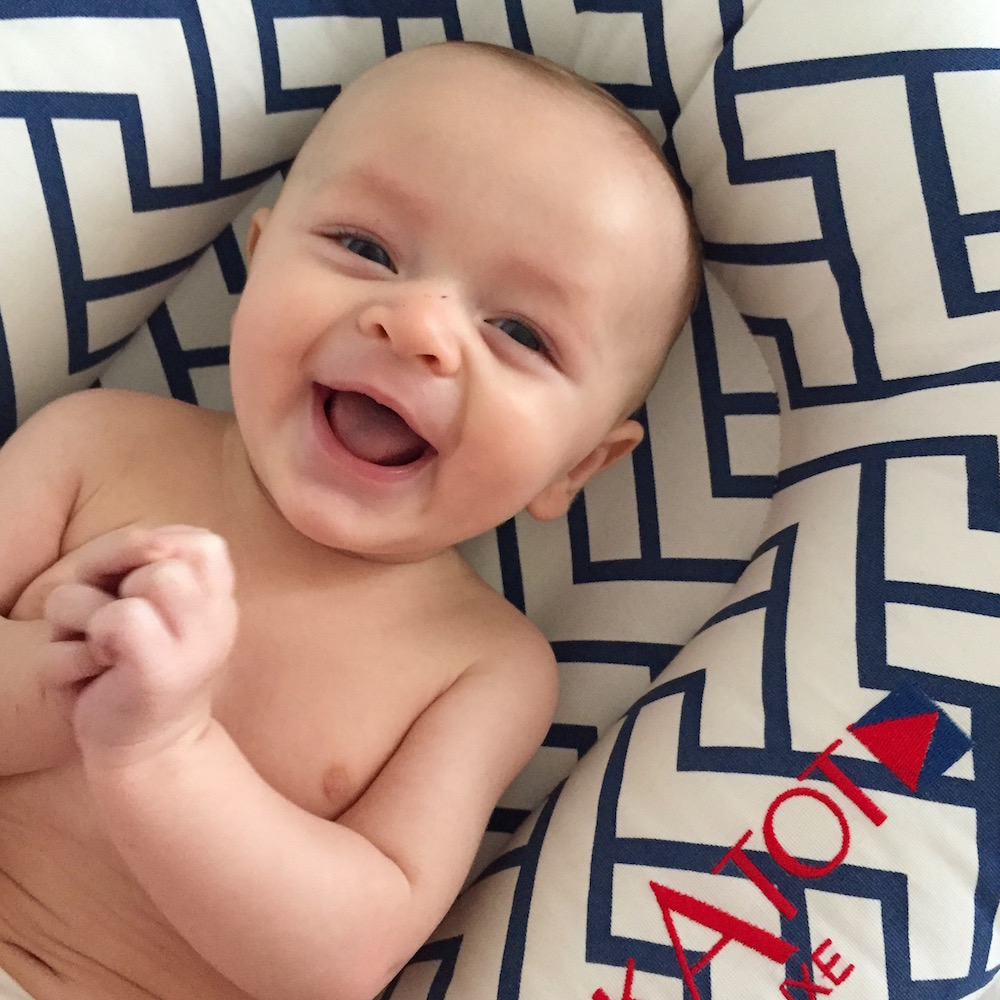 So there you have it. While we are not co-sleepers around here (I’m really bad at sharing) I can say every morning after BTR gets up he puts the dock into our bed in his spot and then puts Ezra in it. Because BTR wakes up before the sun and I like my sleep. It’s the perfect solution. 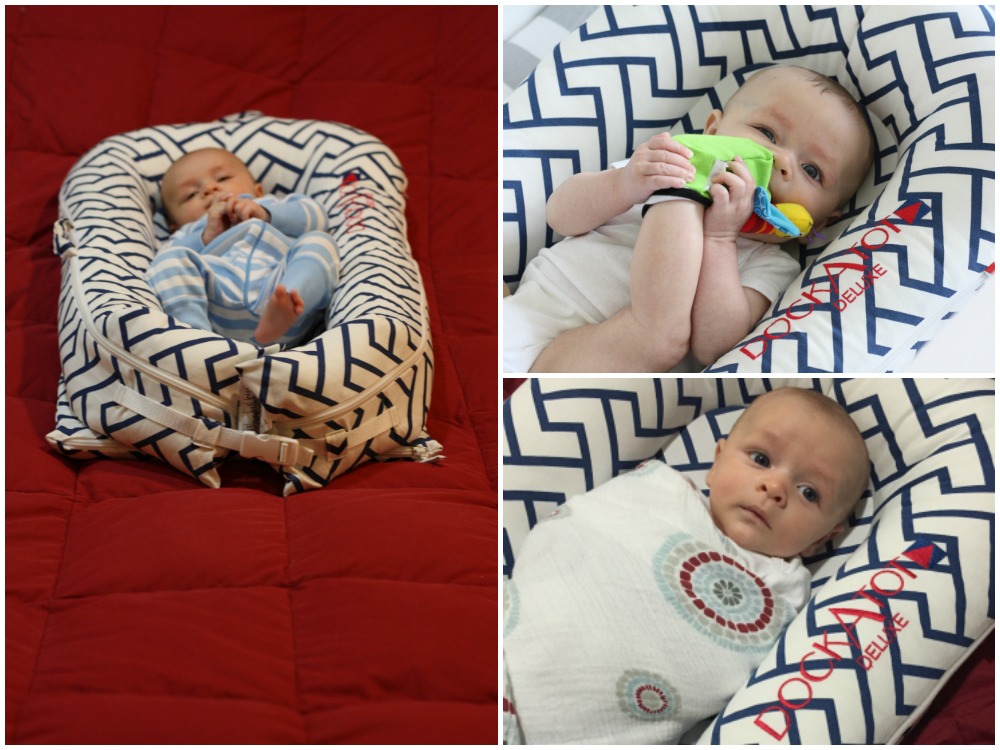 I originally wanted to get the DockATot because we were headed out of town and the thought of trying to fit a pack-n-play along with the rest of our house into the car just wasn’t feasible. We ended up getting the DockATot the night before we left and it was perfect for our trip. E slept in the Dock next to our bed (we were on a futon very close to the ground) and I was able to pack about 500 other things in the car we probably didn’t need for our trip. 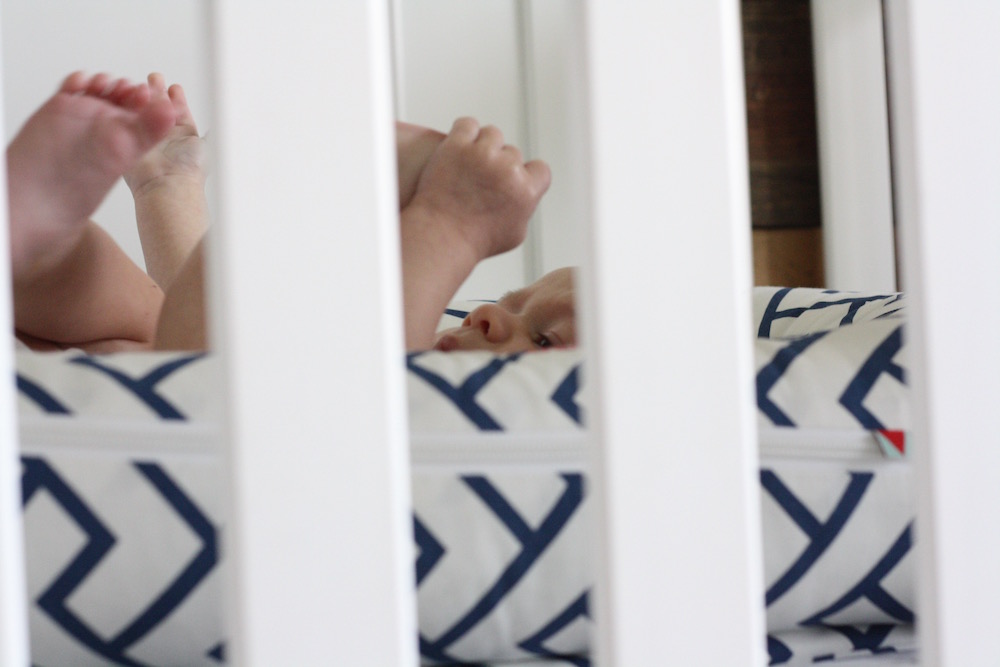 But as much as I loved taking it on our trip, My favorite part about having it has been the everyday use. Some days Ezra doesn’t want to nap. And I do want to nap. #priorities So I put the dock on our bed and we catch up on a DVR tv show or two. It’s a match made in no-nap heaven. And if you follow me on Snapchat I’m sure you have seen a selfie or two of us. 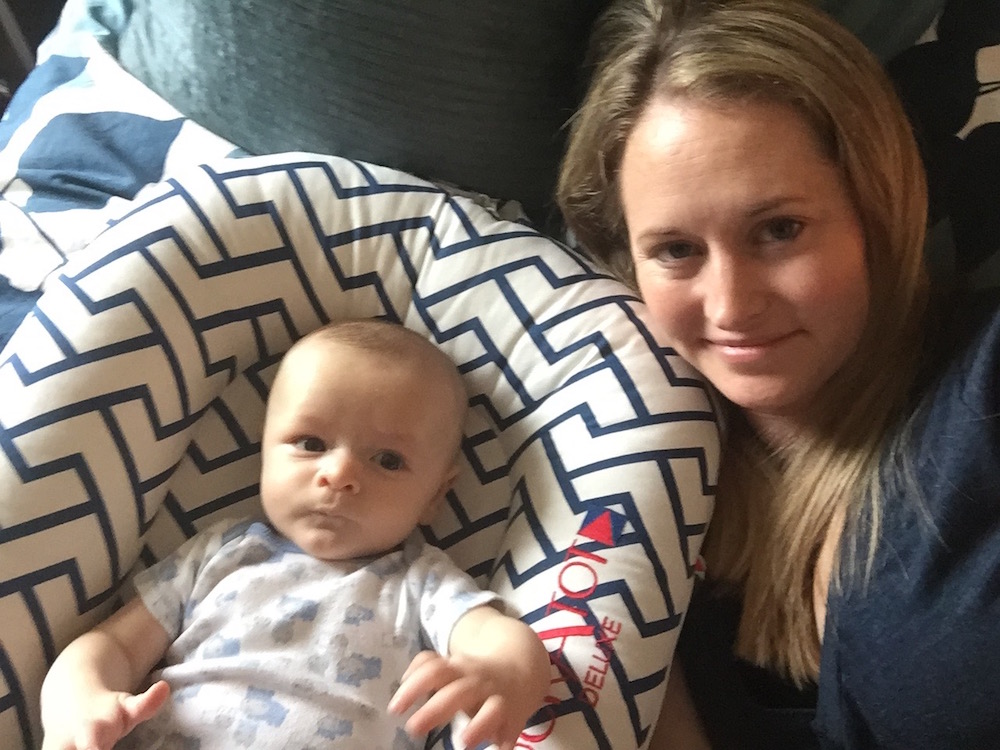 We have the DockATot Deluxe (0-8 months) with the Navy Links cover. I love love love this pattern! And if Ezra starts to get too long for it (because he’s sooooo long!) we can just unsnap the clasp at the bottom and he’ll fit perfectly! I can’t say enough wonderful things about the DockATot and would definitely recommend it to any new mama looking for a safe and cozy spot for their baby!

And in case you were curious, toddlers apparently find it comfortable also… 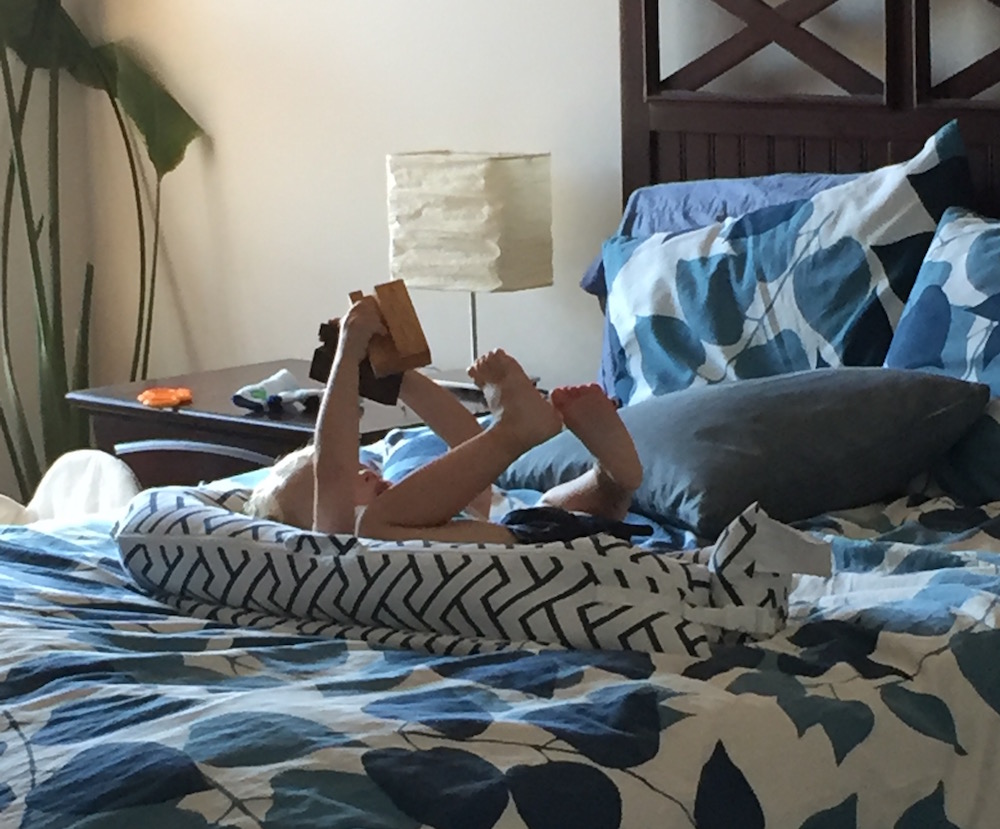 You can get your own DockATot by clicking here and you’ll save $10. OR you can find it on Amazon here.

This post contains affiliate links, which just means that if you click on a link and purchase it, I’ll receive a small commission at no extra cost to you.