My Little Pumpkins. I was feeling really guilty about not taking Ezra with us to Eckert’s in Millstadt a few weekends ago. And I also really wanted some pictures of both boys on pumpkins. So I talked BTR into heading up to the Belleville Eckert’s on Friday night to snap a few photos. 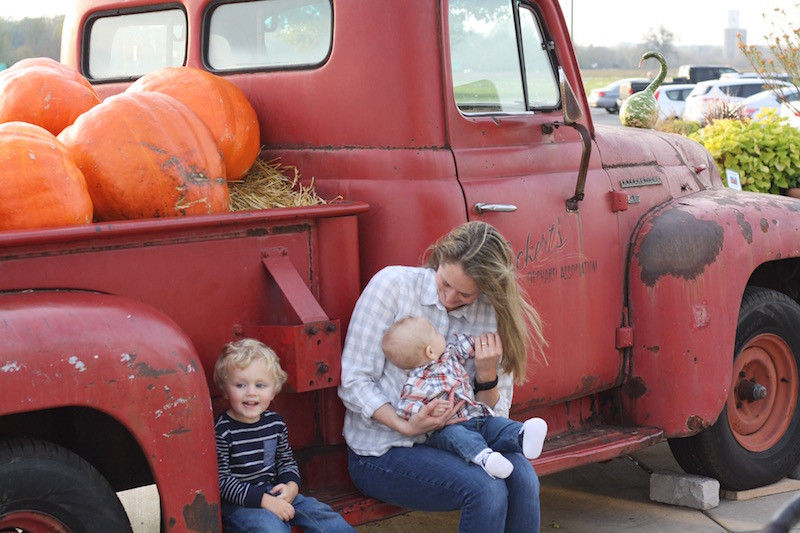 I didn’t have high expectations since it was the evening and that’s normally when everyone is melting down. But I figured even a crying pumpkin photo is better than no photo. 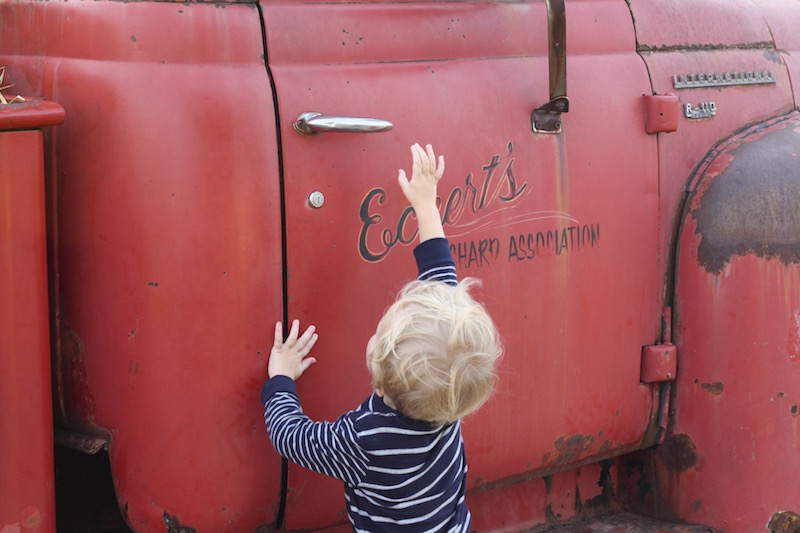 Well I’m happy to report there were no tears and we actually had the best time! Both boys had fun and smiled for the camera, which makes this mama happy! We had to recreate the shot above with the big Eckert’s truck because they just made some bags board using Jude’s photo from when we visited at Easter. I can’t wait to come back and actually play on them!

They have a great pumpkin display on the truck and in front of the store. Jude had a blast climbing on the giant pumpkins and I definitely was in the middle of traffic trying to take pictures. 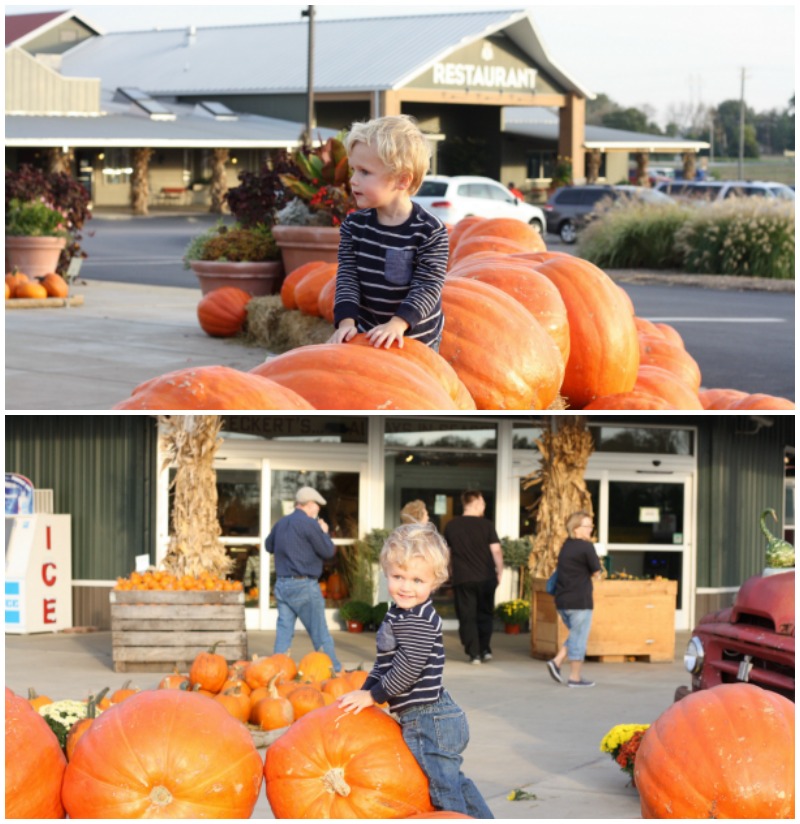 But it was totally worth almost getting hit by a car for this next shot. 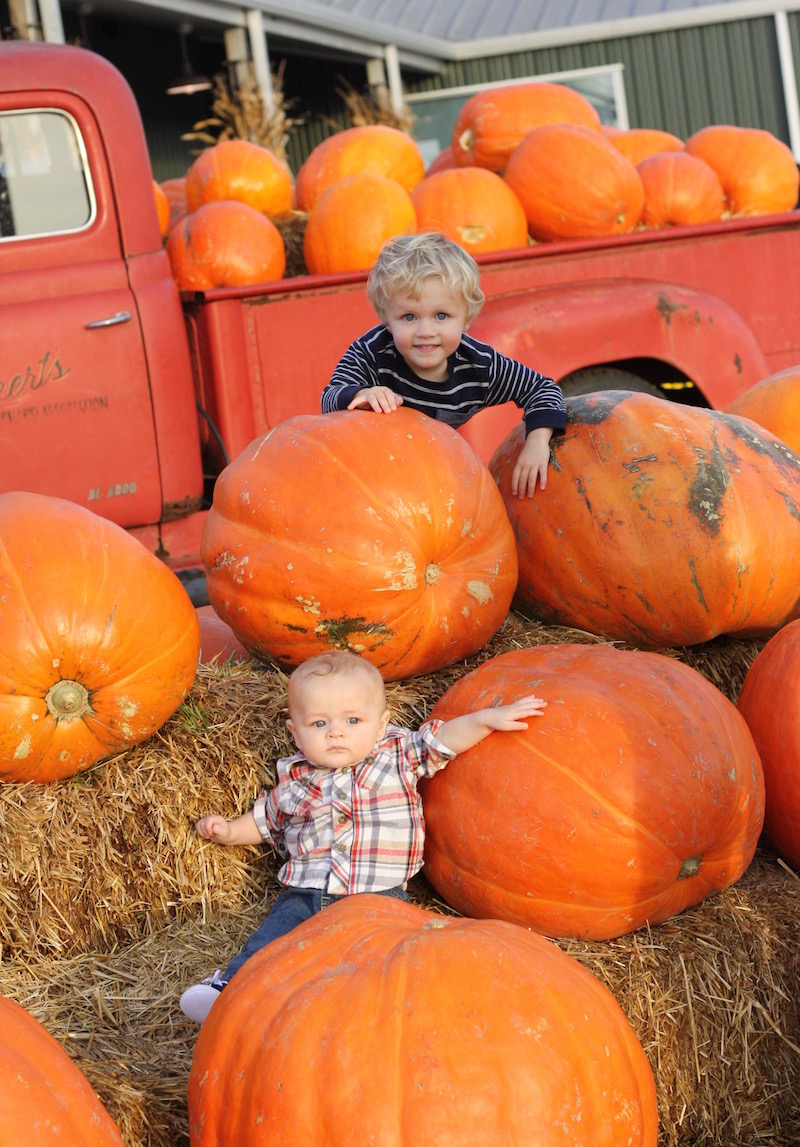 Yeah, I’m pretty obsessed with them. Then we put Ezra on top of the truck. Don’t worry he was tucked in there pretty good! 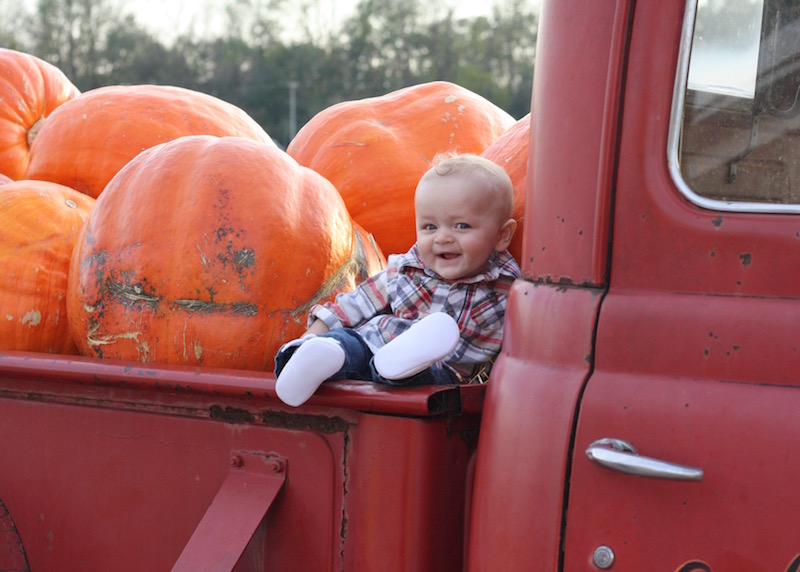 We found another pumpkin display by the wagon loading area. I just love the way E looks at Jude. He definitely already adores his big brother. And I feel like they are totally plotting against me in that photo on the left. 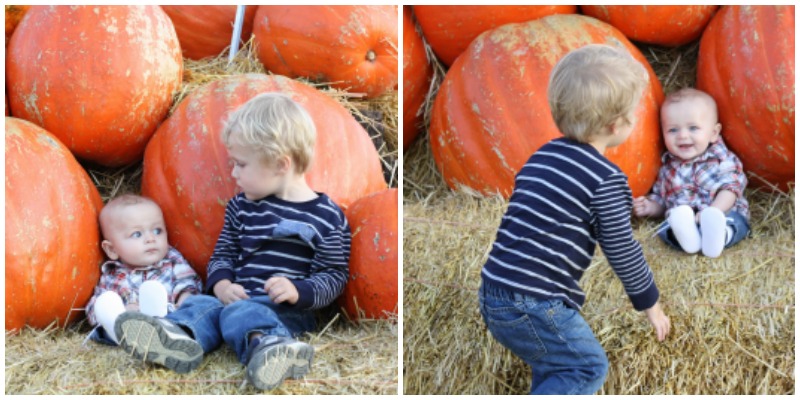 Jude went to play with trucks in the rocks so I got some shots of the happiest baby ever. Well I should say he’s happy when he’s getting attention. Do not ignore him, he will let you know he doesn’t like it! :) 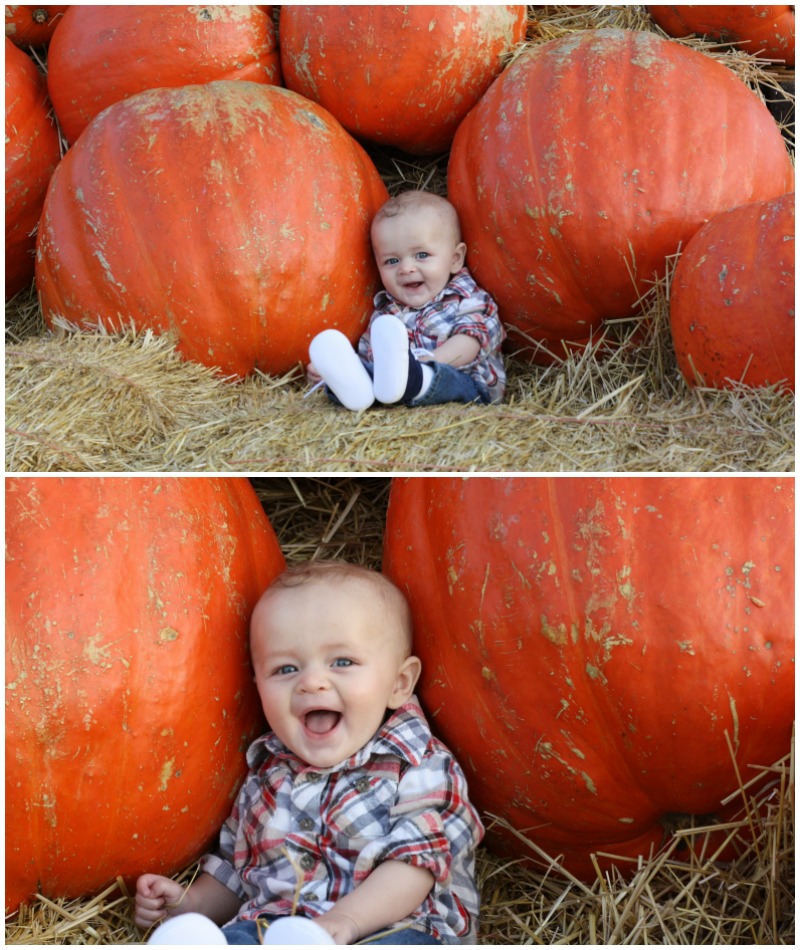 After all the pumpkin pictures we headed over to the play area. There wasn’t much there since it was a Friday night, but Jude still had fun running around! 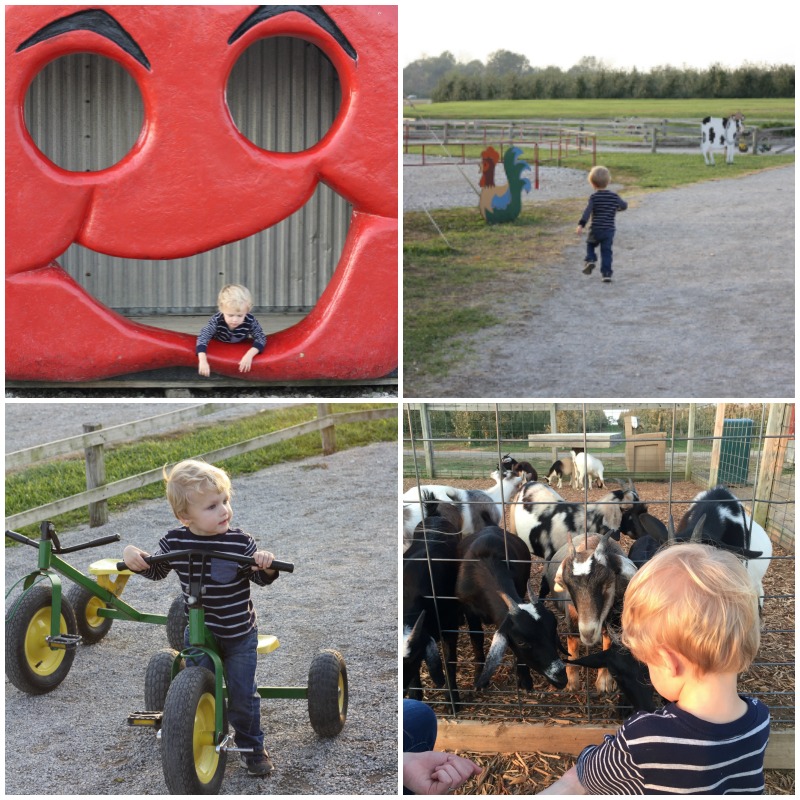 The goats were out, so I found a quarter so we could feed them and then we rode little bikes around the track. 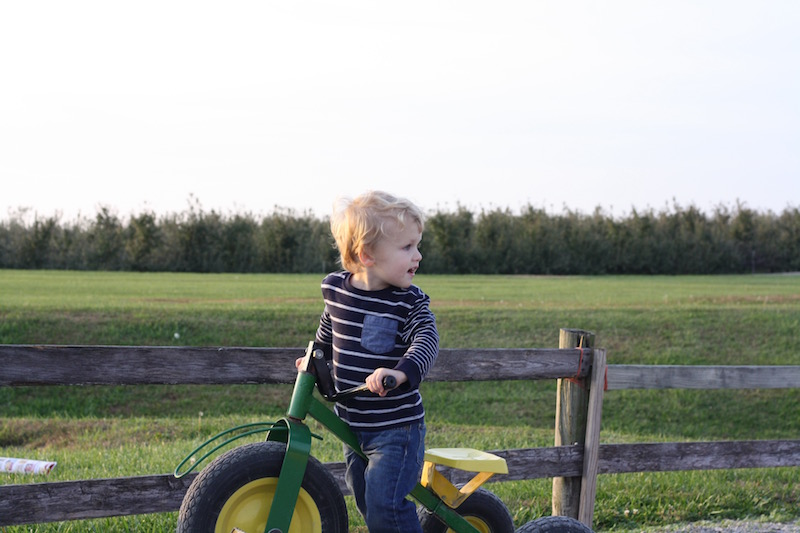 There were a few people still taking wagons out to the pumpkin fields, but I couldn’t believe how empty it was! It felt like we had the whole place to ourselves and it was so much fun! I will definitely be planning more evening trips to burn off some energy in the future. 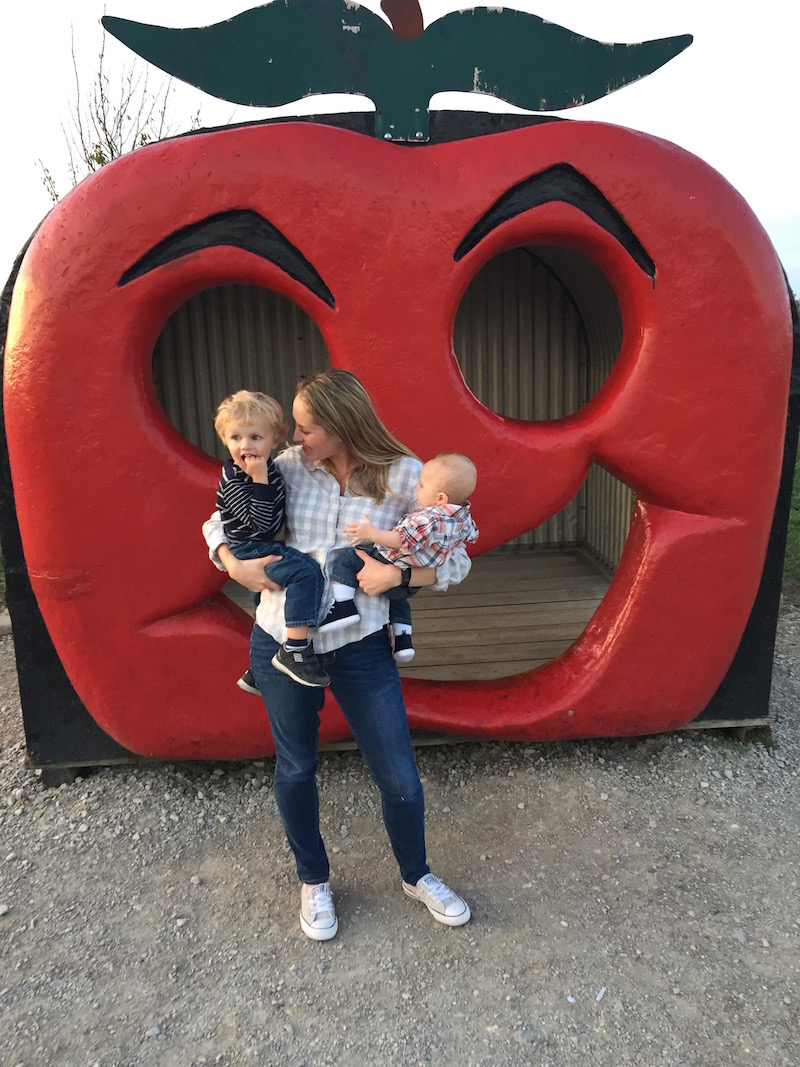 There were about 700 other photos that didn’t look as nice because it’s next to impossible to hold two children and attempt to get them to look at the camera. Oy. 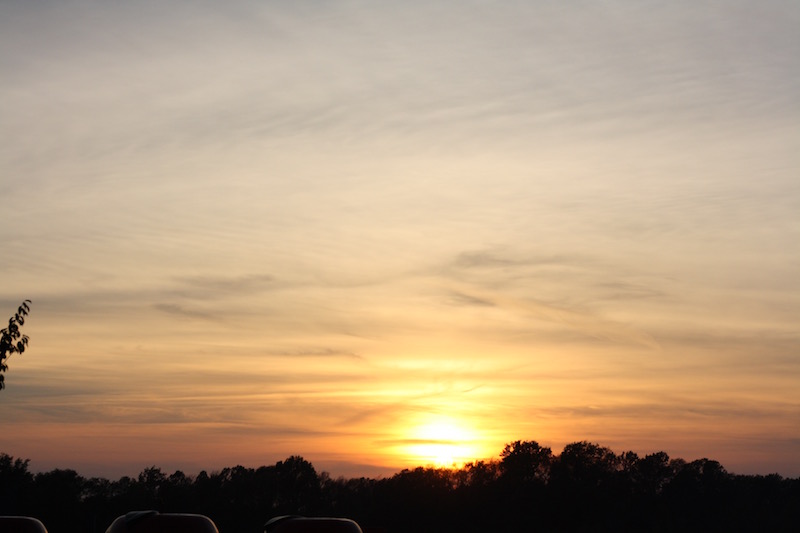 We headed home right as the sun was setting for dinner and bedtime. It was pumpkin perfection.