I know it’s Tuesday, but I’m posting my weekend recap today because yesterday was a holiday and we didn’t do anything at all. And it was wonderful!

Jude has just discovered stuffed animals and he thinks they are the coolest thing ever. This is a picture from Friday of him with his duck, named Larry (named after the famous Fourth of July duck at the lake house). Sean and Cassie gave it to him in the hospital when he was born. 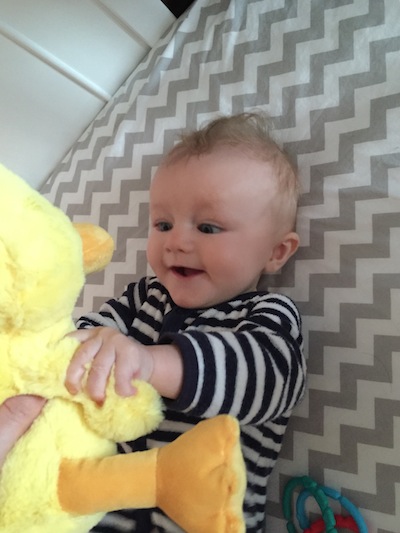 We had a wedding this weekend and BTR was a groomsman! It was for our friends Dan and Kristin. Dan was a groomsman in our wedding four years ago. It was such a fun time hanging out with old friends and making some new ones!

Sunday day we just hung out, relaxed, and recovered from our late night at the wedding. Jude and BTR watched football on the couch. 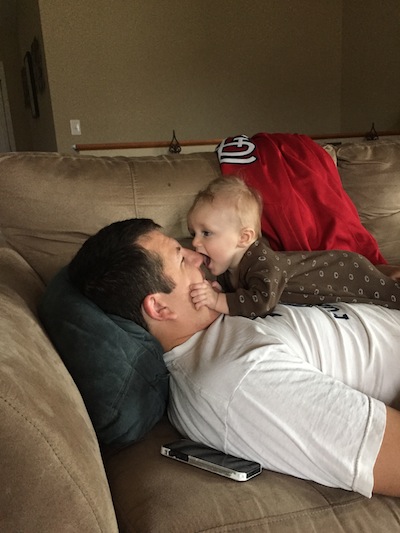 Sunday night we headed downtown STL to the playoff game. I was expecting it to be much colder, but it was actually pretty comfortable with minimal rain. It was an AMAZING game with four home runs including a walk off homer in the bottom of the ninth. Like I’ve said before, I LOVE #REDOCTOBER!

Monday was rainy, rainy, rainy, so we did a little work around the house and caught up on some taped tv shows including the Walking Dead premiere. Does anyone else watch that show? The Rams played Monday Night Football so BTR made taco soup and we watched the game. OHHH and Jude got his first taste of rice cereal! He wasn’t really sure what to do and only tolerated a few bites, but he was so funny and making the cutest faces! 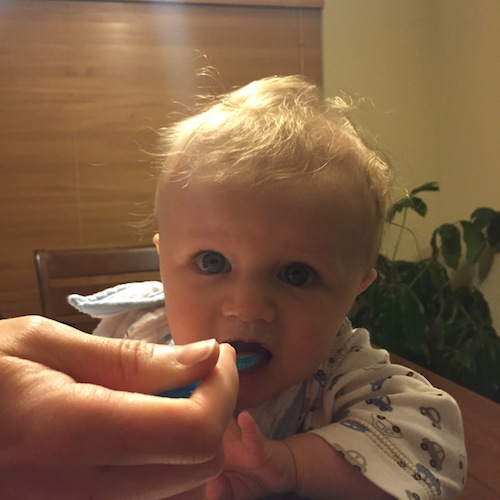 We have a busy week ahead of us, but this past weekend was so much fun!

« Five on Friday
Bonfires and Football »