I always love reading other peoples favorite things posts! I have so may different “favorites” I want to talk about, so I thought I would start with my favorite baby items! I’ll be breaking this down into multiple posts because let’s be honest, babies need lots of stuff! I’m not a baby expert by any means, but these are the things that got us through the first few weeks! 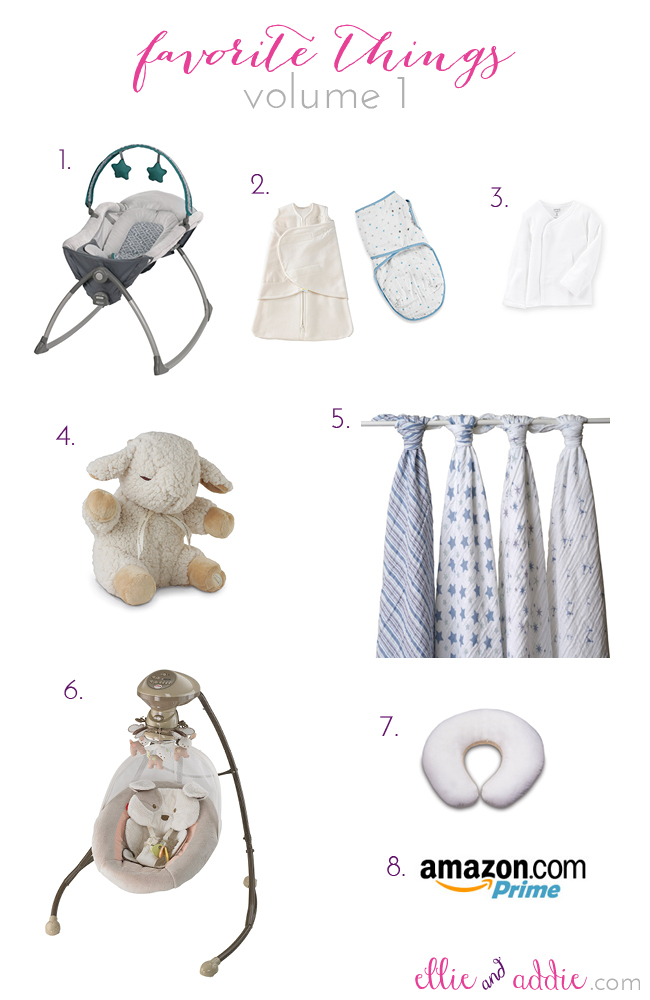 – I’ve always read about how everyone loves these style sleepers, so we registered for the Graco Little Lounger and it’s probably been one of our most used baby gear items! Jude sleeps in this next to our bed every night, and the first few weeks we would take it into the family room during the day for him to sleep in (because all he did was sleep!) so he would still be nearby. It folds up so it’s great to travel with and also has vibrations.

Side note: we found a crack in the folding mechanism of our lounger and after contacting Graco customer service they sent me a free replacement piece within days!

2. Sleep Sacks – These were a lifesaver in the beginning when we still didn’t know how to swaddle! You just zip the baby in and wrap their arms. We received a Halo Sleepsack from the hospital we delivered at, as well as a couple at our baby shower. And Halo is so smart to do the zipper backwards for easy diaper changes. We also have an Aden + Anais Easy Swaddle that I love just as much.  It is lighter than the Halo fleece one, which is great for when it is warmer out. I usually use this one for naptime and the Halo one for bedtime.

3. Side-Snap Shirts – I read that we would want these in the beginning but I didn’t believe it until I tried pulling something over Jude’s head for the first time. Since he pretty much lived in his sleep sack, these were essential for easy and quick diaper changes the first few weeks. Also I’ve read that they don’t put as much pressure on the belly before the cord has fallen off.

4. Sleep Sheep – We have a sound machine, but didn’t start using it until later so I’ll discuss it in a later baby favorites. In the beginning all we used was the Sleep Sheep, and Jude still loves it! We have the original in the full size and I would attach it to his swing during the day and put it next to his sleeper at night. Now it’s attached to his crib. But it’s perfect to take on long car rides also. It seriously lulls Jude off to dreamland within minutes. Personally I want for myself :)

5. Aden + Anais Swaddle Blankets – Let’s just say I’m obsessed with these blankets. We received two different sets of four and we use them all. the. time. For everything. We swaddle Jude in them, lay them on the floor as play mats, cover the car seat, you name it. Side note: there are the kinds you can get at the big baby stores and the kind you get at boutique stores. The baby store ones are slightly smaller, but seem to be the same thickness. They have different patterns and other items in the stores vs boutiques also.

6. Fisher-Price Snugapuppy Swing – We researched swings and settled on this one and we love it and so does Jude (which let’s be honest, that’s the most important thing). It swings side to side or front to back if you rotate the seat. Four months in and we are still using it. It is pretty big and not easy to move, so it lives in the living room near an outlet (make sure you get one that plugs in and doesn’t use just batteries!) and probably will till he’s too big and it goes back in the box for potential #babyrotz2 someday.

7. Boppy Pillow – I LOVE the boppy. I still use it for breastfeeding and in the early days I would use it to prop Jude up on the couch next to me. Because those first few days (haha weeks) all we did was nurse and live on the couch, so it was easiest to swaddle him and set him in that next to me. (Don’t worry I never ever left him unattended.) I received one pillow cover at my shower and bought an additional cover that was custom designed to match his nursery on etsy.

8. Amazon Prime/Amazon Mom – While this isn’t a physical item, Amazon Prime is one of my favorite things for many reasons. With Subscribe & Save I can easily select diapers, wipes, and other things to automatically get delivered every month. I automatically save 20% on diapers and wipes, and if I subscribe for 5 items I save 20% on the other items also, otherwise I just save 5% on the other things. Also with Prime I automatically get 2 day free shipping on anything I order from Amazon, which is a must when you can’t leave the house and your husband has already gone back to work. :) Also with Prime you get streaming movies and TV shows, which is also great for the days we were stuck on the couch nursing.

This list obviously isn’t everything you need, I have other posts with favorite feeding, momma, and older baby things planned! And because everyone wants to see pictures of newborns, here’s one of the photos from our hospital photo shoot! 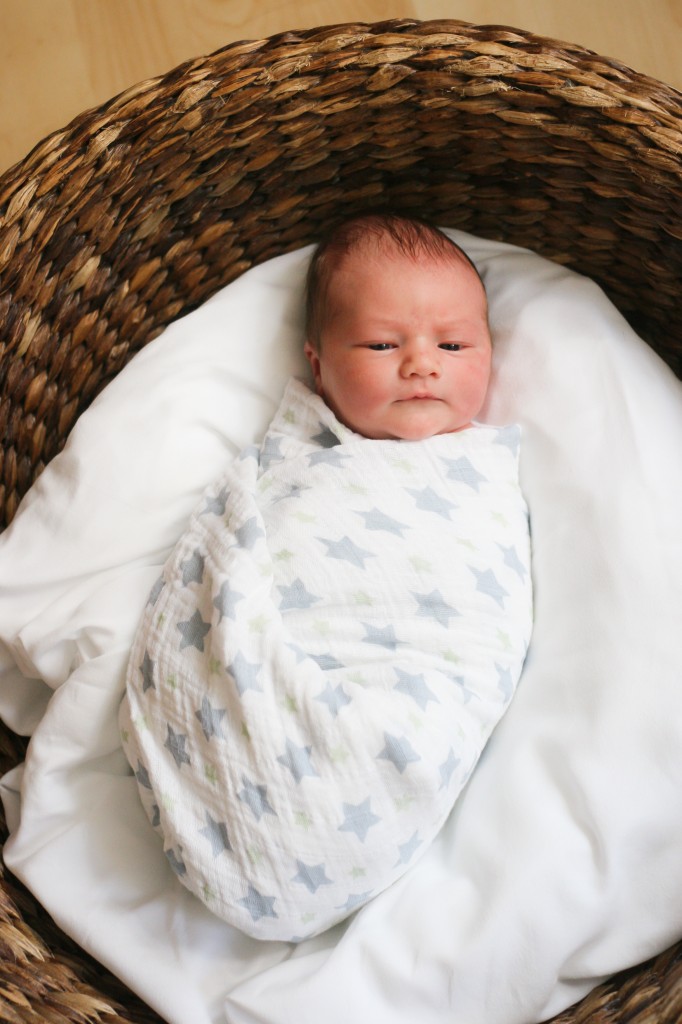 What were your favorite newborn items?

« Another Saturday…
Five On Friday »