What a weekend!! For the first time in quite a while we actually relaxed and did nothing. And it was amazing!!

Friday night we hung out at home and I helped BTR stage a beer photo for his Instagram. We always have fun trying new brews!

Saturday we did a few things around the house and then I ran out to Old Navy to pick up this dress. 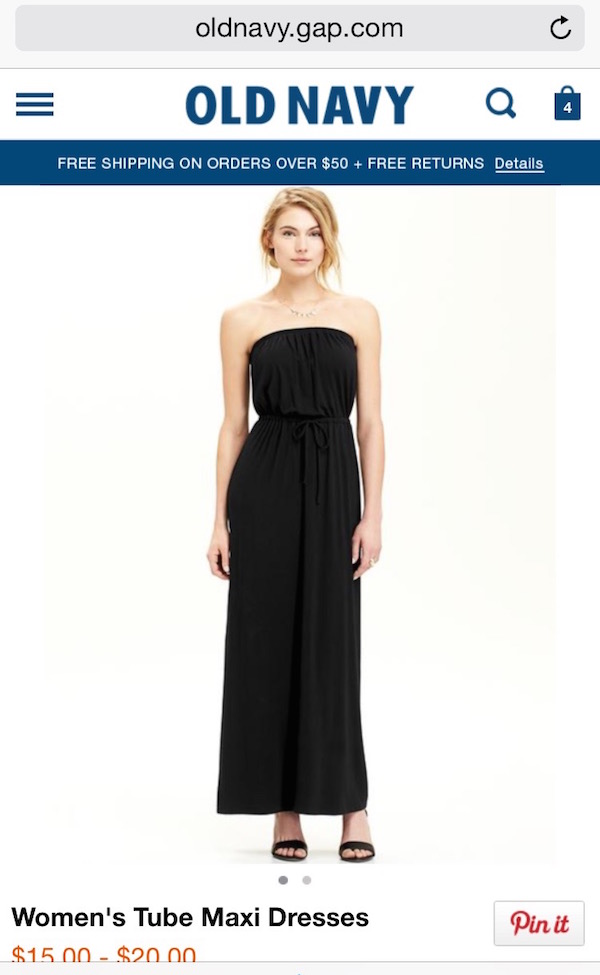 And as a bonus flip flops were only $1, so I totally grabbed two new pairs! Side note: I have now bought four black maxi dresses in a two day period. I want to wear one to our dinner in Chicago, but I cannot decide which one I like best! Once I decide the other three are going back.

Saturday afternoon BTR installed his newest woodworking project, which was an addition to the swingset. We joked when we got it that it needed cup holders, so he made one for his beer and a lower one for Jude’s water bottle. I love it!! 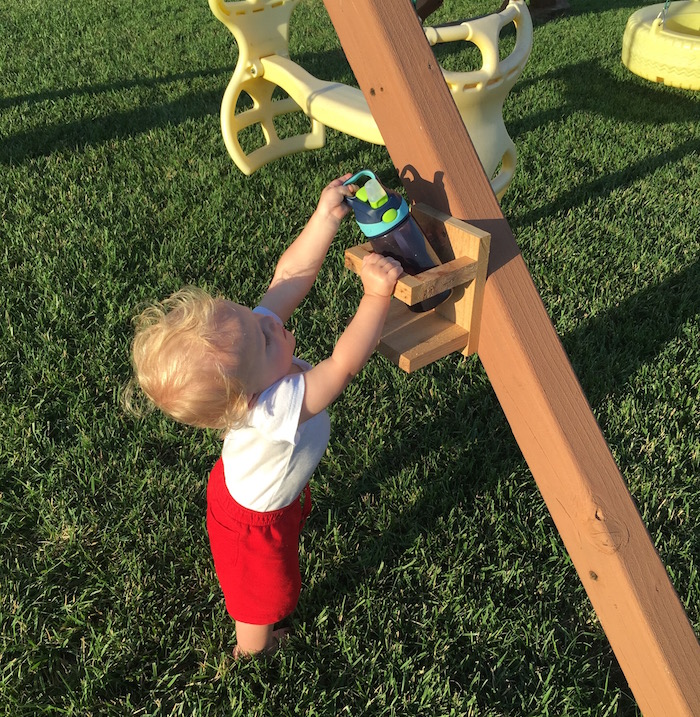 We woke up bright and early Sunday morning for church with my dad and then we went out for breakfast. When we got home I could not wait to give BTR his gift. I totally out did myself and will probably never do this good again!

I got him the bottle cap map I featured on my Father’s Day gift guide and then also got him some of his favorite beers all the way from California! They aren’t distributed around here so I had a friend secretly ship them to me. BTR was so surprised!

Jude took an extra long nap that afternoon so we relaxed on the couch and did nothing. It was amazing.

When Jude woke up we ran to the grocery store to get some pork steaks for dinner and fruit for popsicles!

I made popsicles with fresh raspberries and pineapple juice and they were so tasty and so pretty! I can’t wait to try more popsicles with fruit in them! Side note: I really want to use a hashtag on Instagram for all my popsicle photos. I was just going to use #rotzpopsicles but BTR thought #popitlikeitsrotz was funnier, which it obviously is. Thoughts? 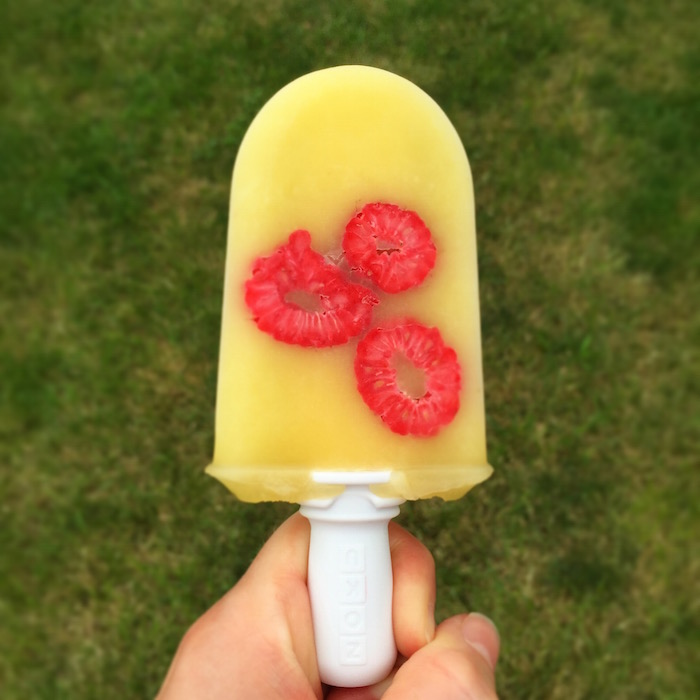 And we also let Jude try his first popsicle. He was hesitant at first and really just wanted to hold it. But eventually he figured out how to lick it and really liked it! 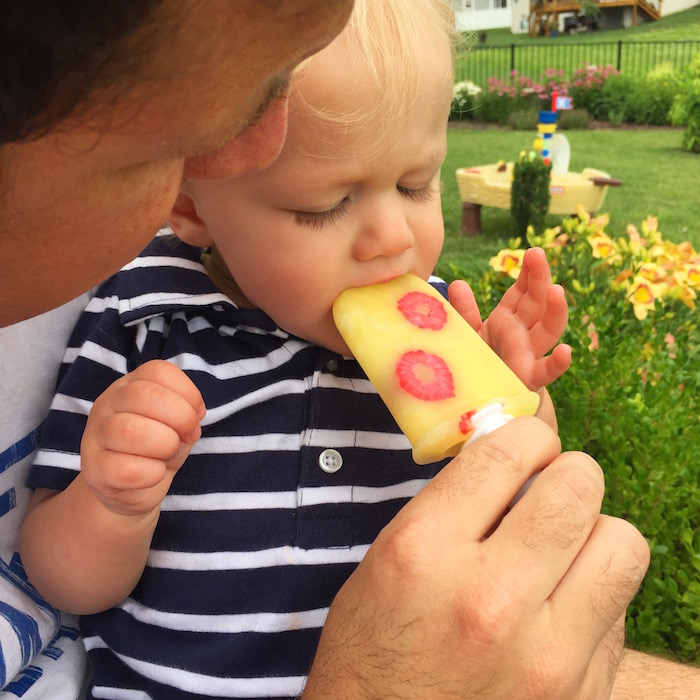 That evening we put Jude to bed and BTR got out another part of his Father’s Day gift, a new book. It’s called “Goodnight Brew” and it’s a parody of “Good Night Moon” but about brewing beer. It’s so funny! I bought it at a local craft beer store, but I later found it on Amazon. 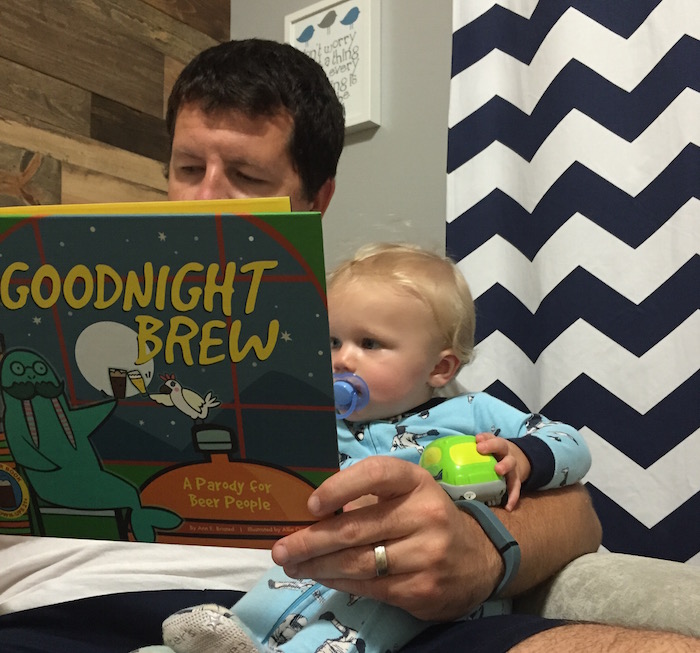 *Also linking up with Liz, Stephanie, and Courtney for the Summer Reading Challenge! We read a few other books, but this was a new one and also the only one I took a picture of! :) I’ll try and snap a few more photos for the next link up on July 9th!

Then we grilled our favorite summer dinner, pork steaks, corn on the cob, and fresh tomatoes from the garden, it was delicious! We don’t have many red tomatoes yet, but I can’t wait to make some fresh salsa and maybe trying canning some as well later this summer!

I hope you all had a wonderful Father’s Day and a fun weekend! Make sure to check back later this week for a really fun announcement, I promise you won’t want to miss it! :)