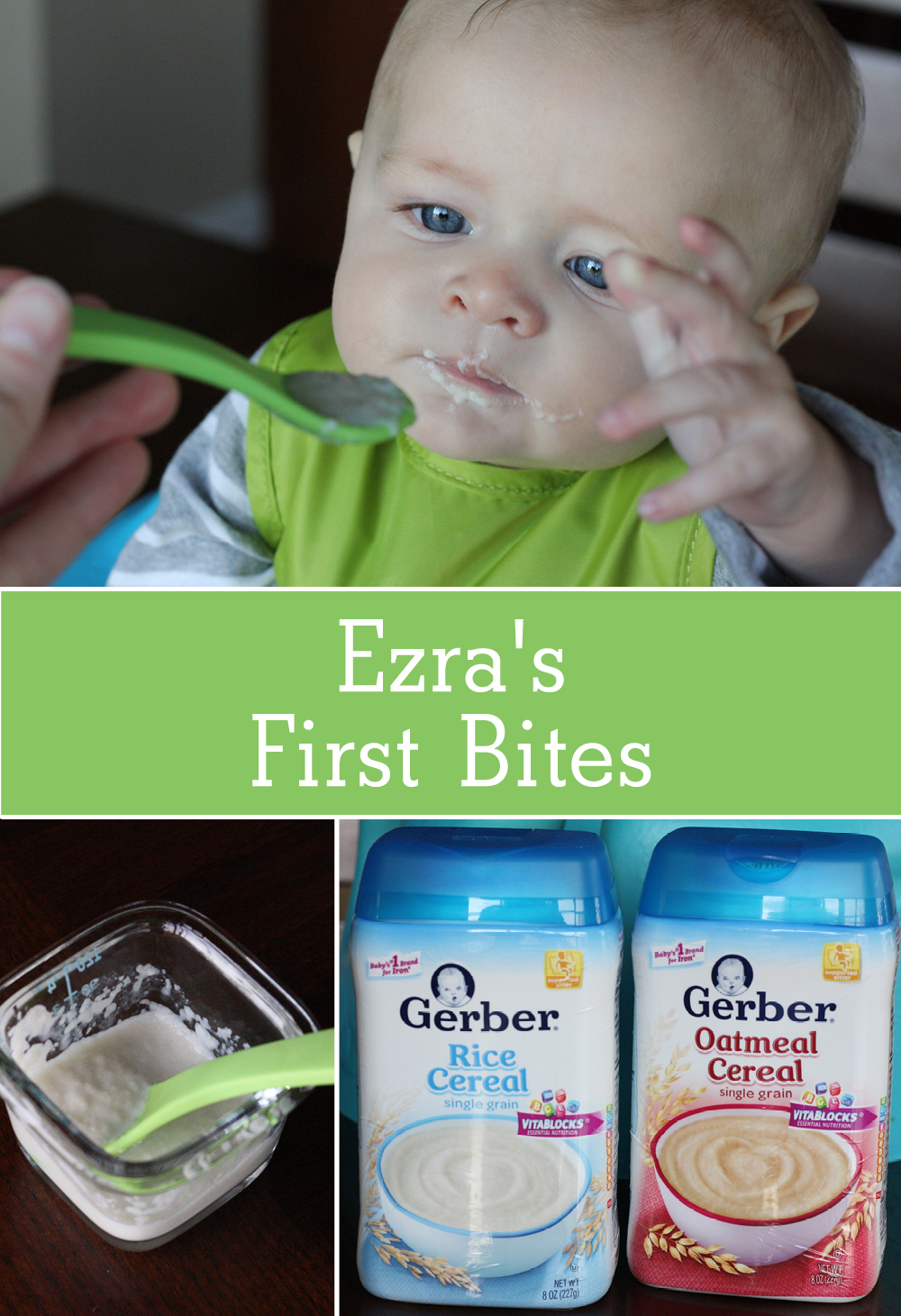 At Ezra’s four month checkup, the pediatrician told us we could start rice cereal. And I was like wait, didn’t I just give birth to him? And now you’re telling me it’s time to start real food!?!? Okay, okay, maybe I’m exaggerating slightly. But you get the idea. And I just wasn’t ready. I wanted  him to stay a little tiny baby forever! 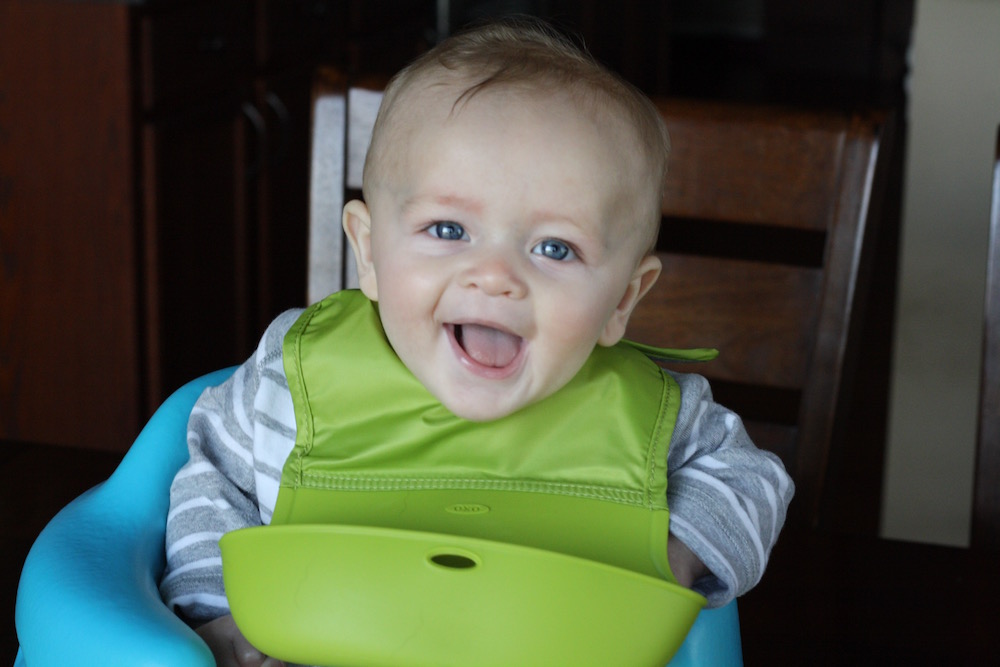 But then five months hit. And Ezra started trying to crawl. Yes, I said he was crawling. At five months. Just like his big brother Jude. It was more of an army crawl, but he definitely was never in the same place I would lay him down in. So at that point, I knew it was time to start cereal! 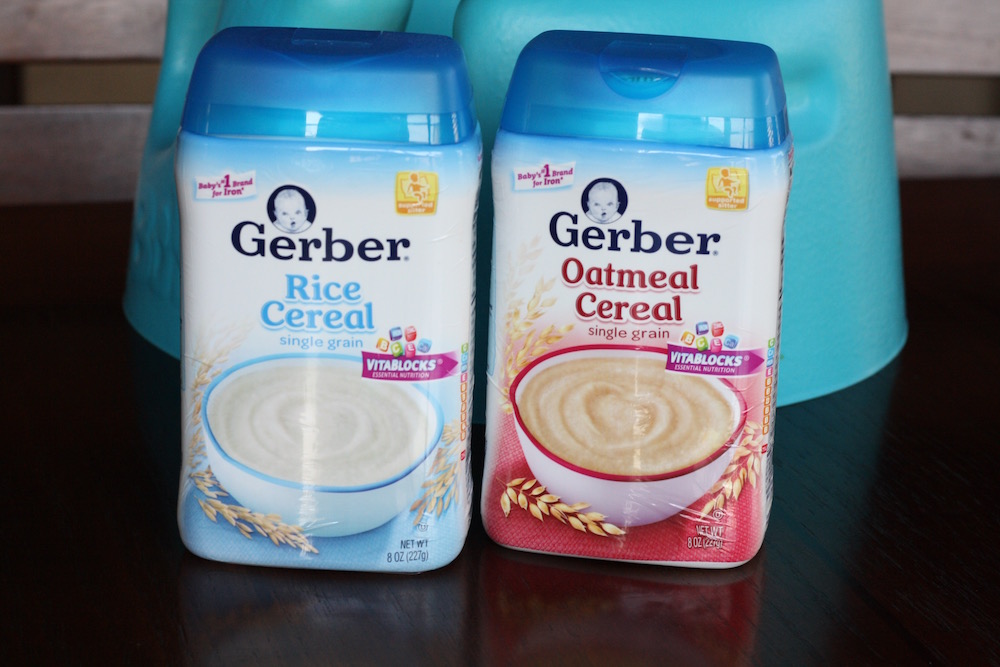 Jude’s first solid was Gerber Rice Cereal so I automatically knew it would also be Ezra’s. While E still can’t sit up on his own, he is a great supported sitter, which is essential for starting some solids! And rice cereal is a wonderful first food because it’s fortified with iron which is essential for a growing baby! 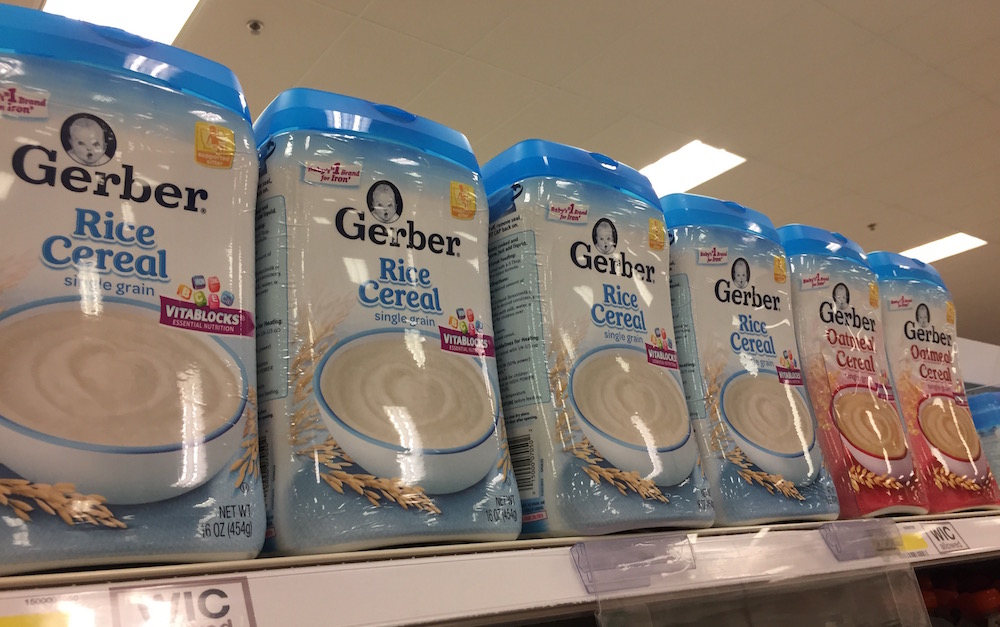 Oh, and where do you think I bought his Gerber Cereal? At Target, with a Cartwheel of course! If you know me at all you know I’m a sucker for a deal. Funny story, at Mothers of Valor this past week they had little funny tags to wear and my friend gave me one to wear that said something about going to Target and Starbucks. #idonothaveaproblem 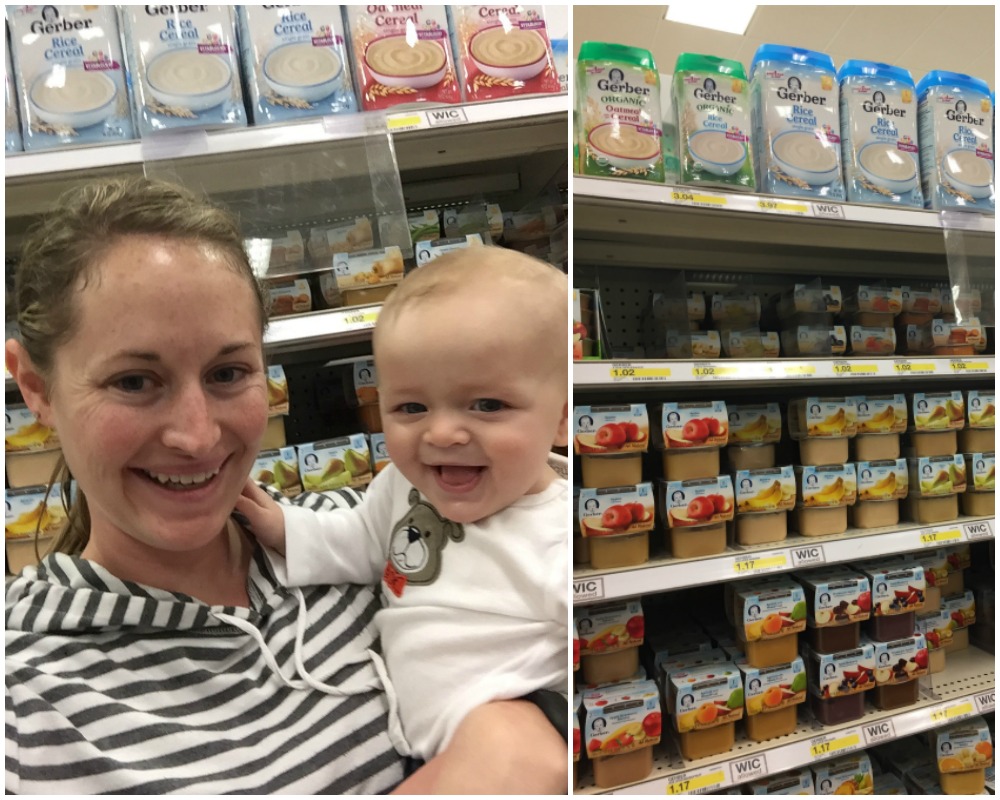 Once we got home, and I had Jude in his room pretending to nap (aka quiet time) I decided it was the perfect time to give E his first bite of cereal! 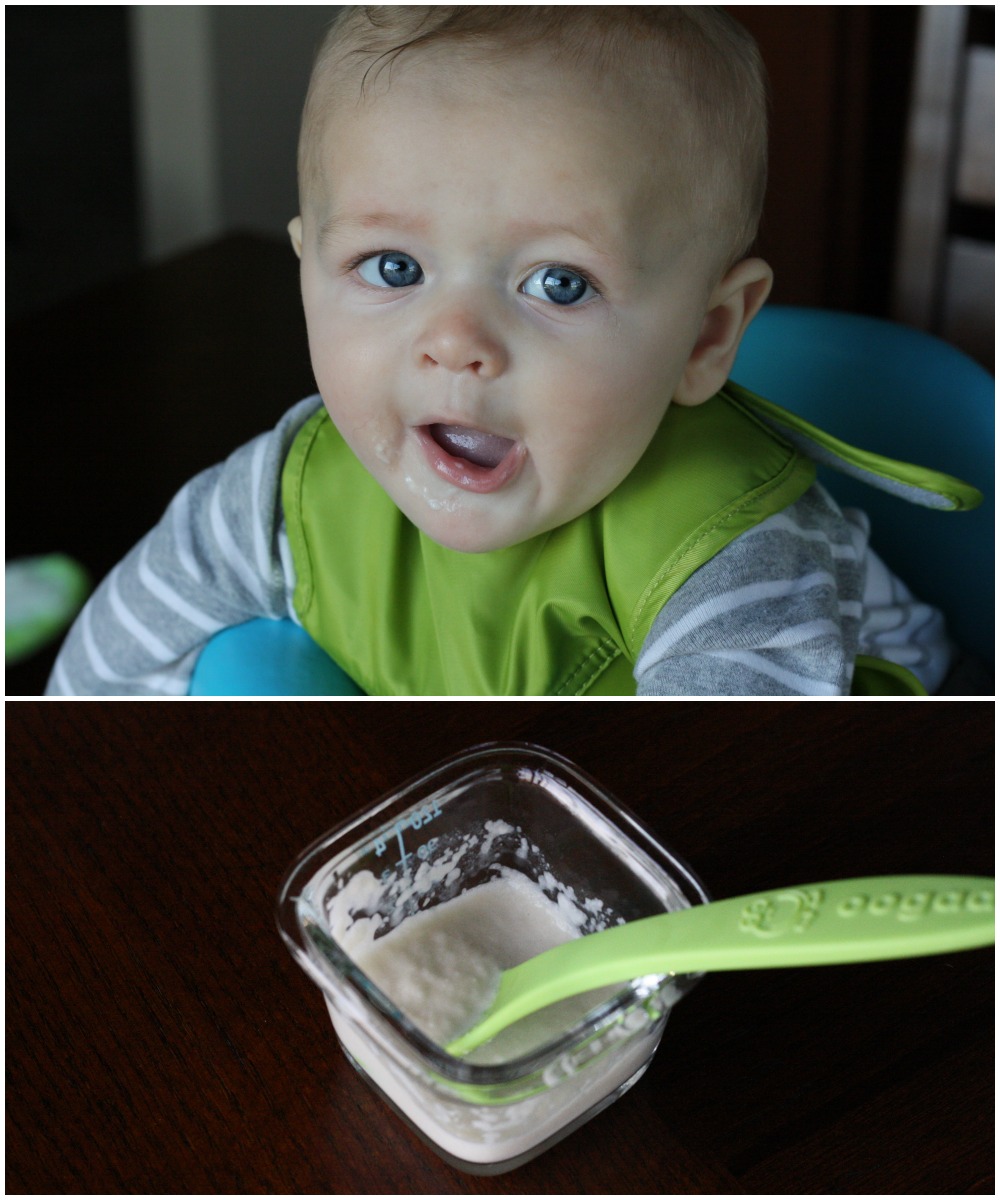 You can file me under the “fed is best” category, so I love that you can mix rice cereal with either  breastmilk or formula. The directions say to mix 1 tablespoon cereal with 4-5 tablespoons of your liquid of choice. It’s easy to make to the perfect consistency for your baby. I went a little runny for the first time! 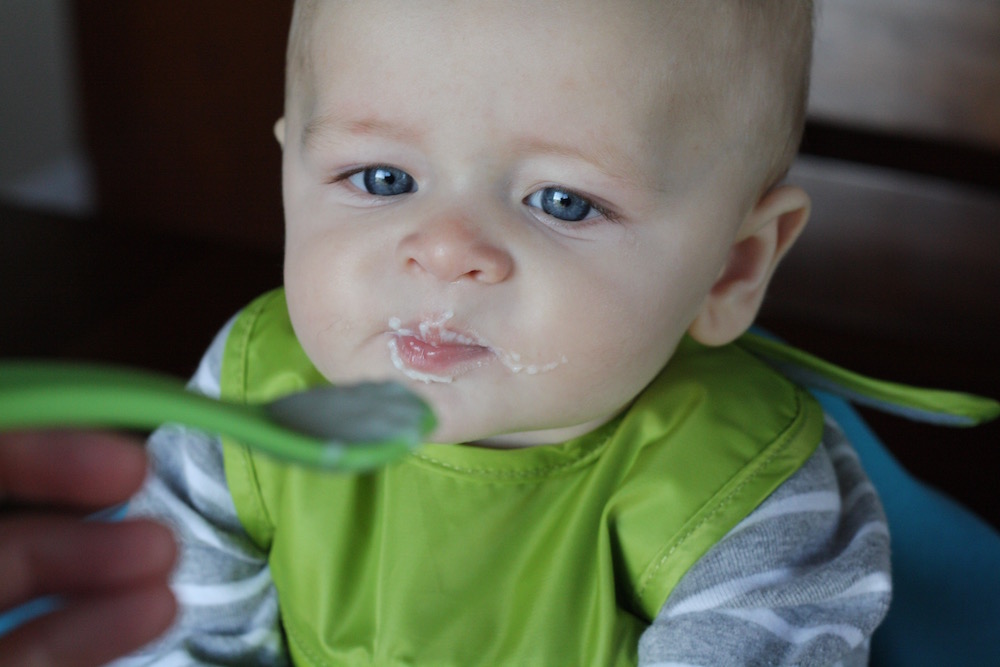 At first, he was just really confused. And then he just wanted to grab the spoon. 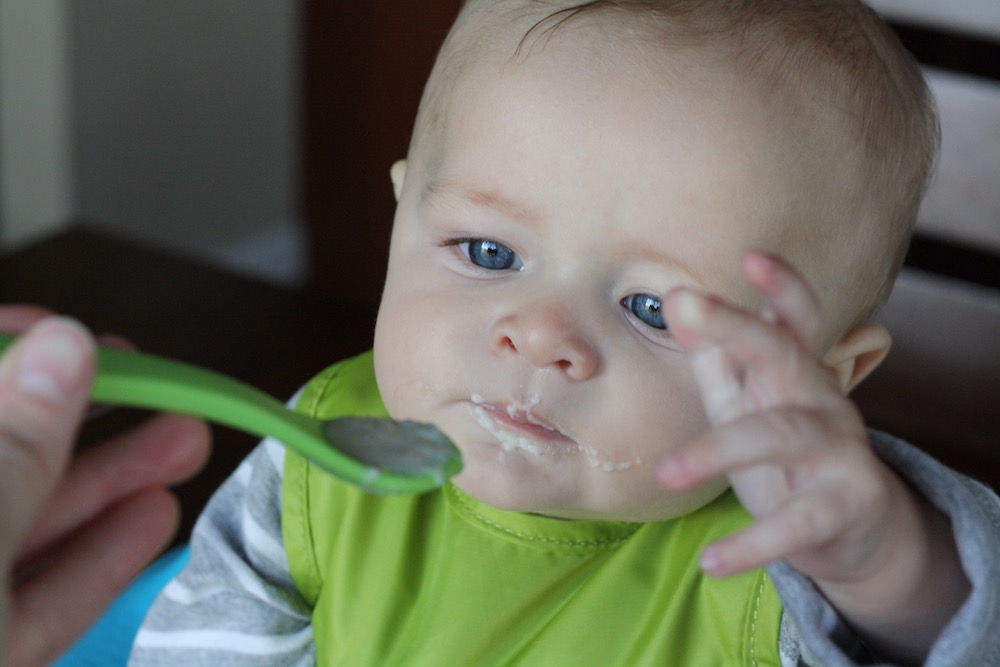 And then finally he made the ew face I was hoping for! I just love watching them figure out new tastes and textures, it’s adorable! 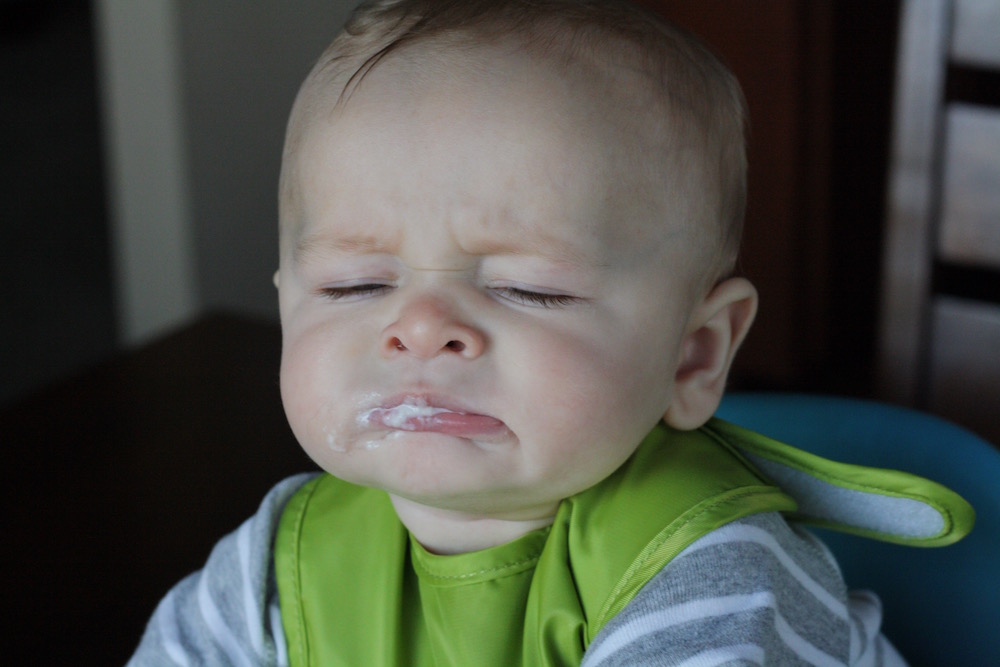 Overall, I think Ezra enjoyed his cereal and is ready to try it again (and again and again)! maybe next time we’ll even let big brother help us out! 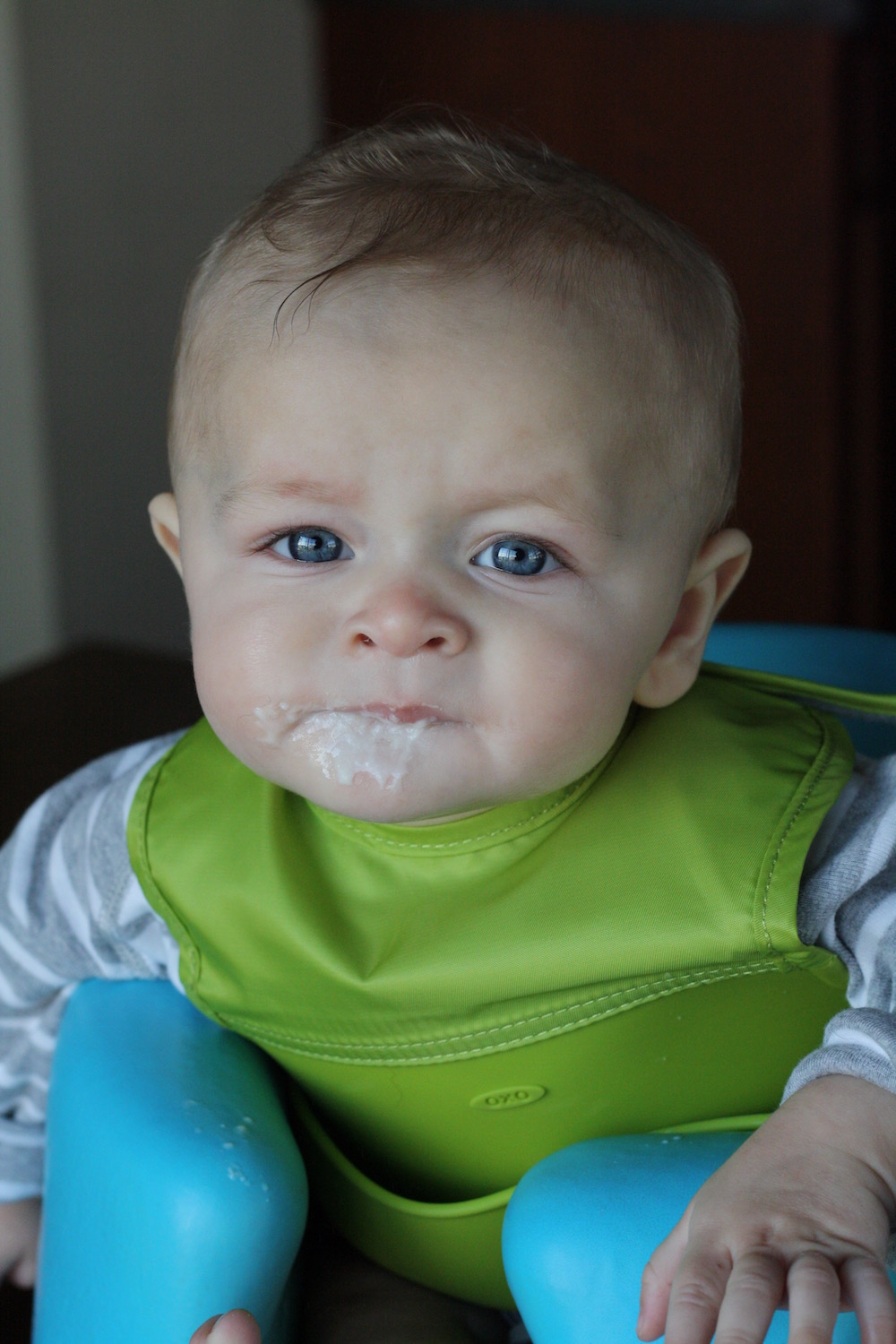 Especially since Ezra already tries and takes everything he sees Jude with. I think I’m in for it…. 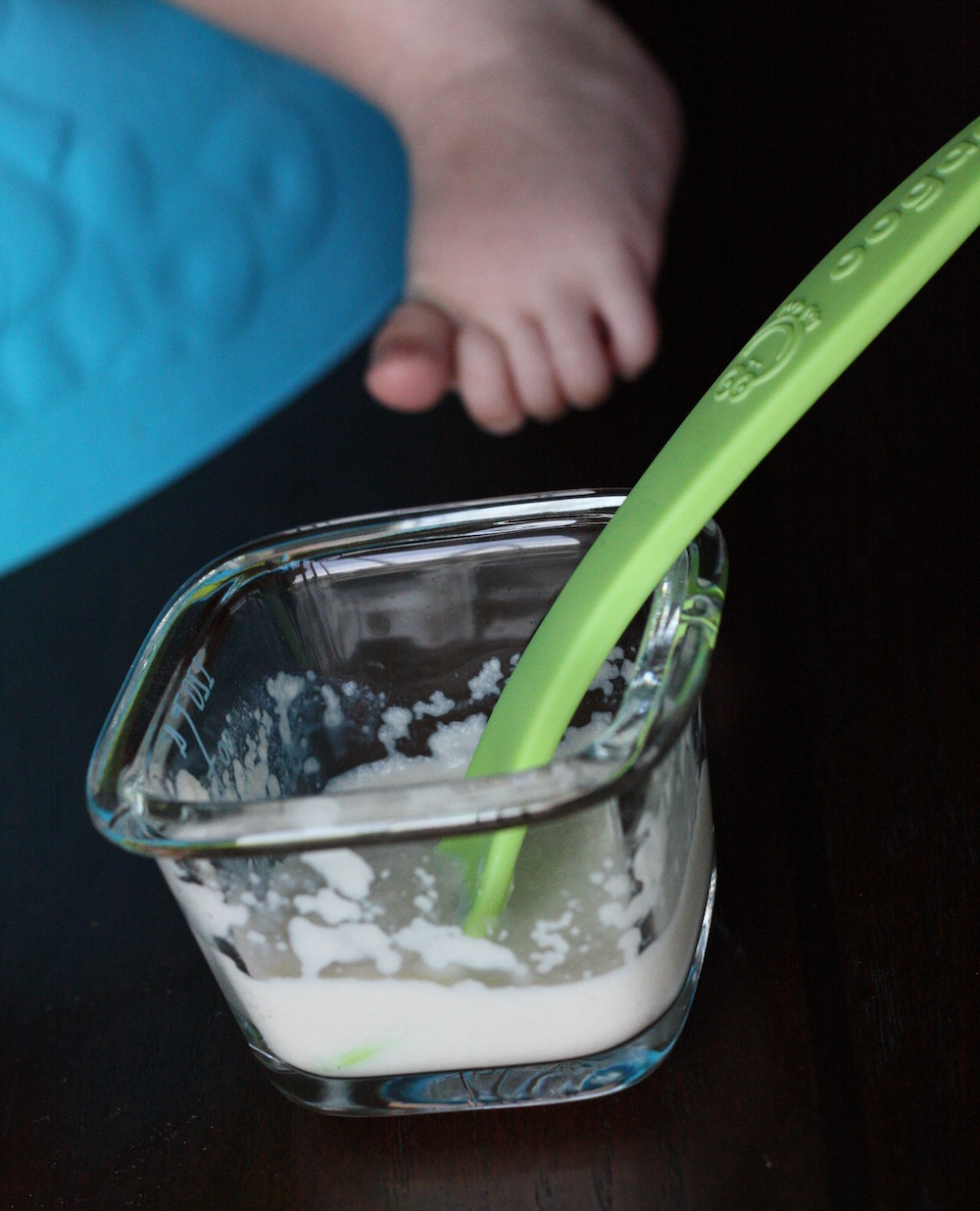 Don’t forget to head to Target and use this Cartwheel to save 10% on Gerber Cereals!

So tell me, what was your baby’s first food?