March’s Citrus Lane box might be one of the best valued boxes we’ve received yet! Here’s what we got… 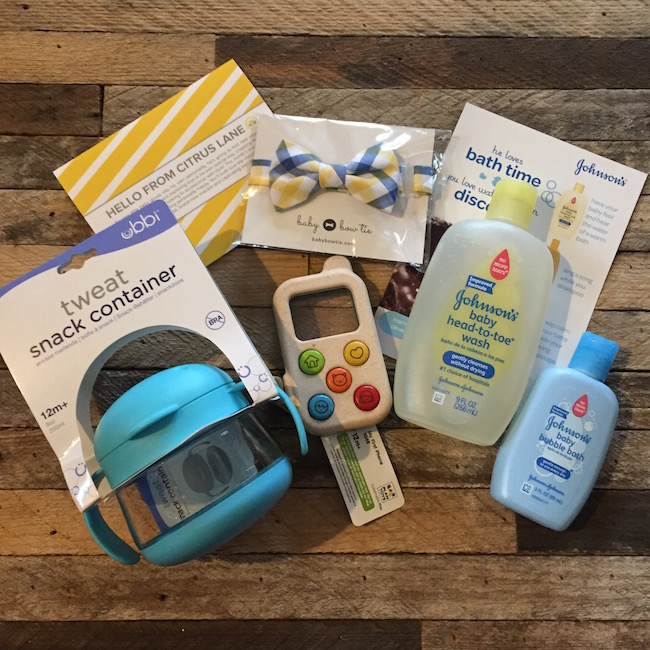 Bow Tie from Baby Bow Tie
I would probably never buy a baby a bow tie, but this one is actually pretty adorable. It’s adjustable and then it closes with a hidden magnet. I have a feeling he will be able to take it off himself pretty quickly since it’s just a magnet, but here’s hoping it lasts longer than 3 minutes!

Tweat Snack Ball from Ubbi
This might be one of my favorite things we’ve ever gotten from Citrus Lane! These are brand new and haven’t been released to many stores yet. I actually just bought some other snack containers at Target because Jude had been purposely dumping his puffs out of the bowls we currently had. And then of course Addie just helps herself to what’s on the floor. With snack catchers he has to reach in and pull the puffs out. Well I love the Ubbi one because it also has a top that closes so the food stays fresh! This will be great for in the car and diaper bag and the Target ones can stay in the house! Plus they gave us a coupon code to use on the Ubbi website, so we might order another one! 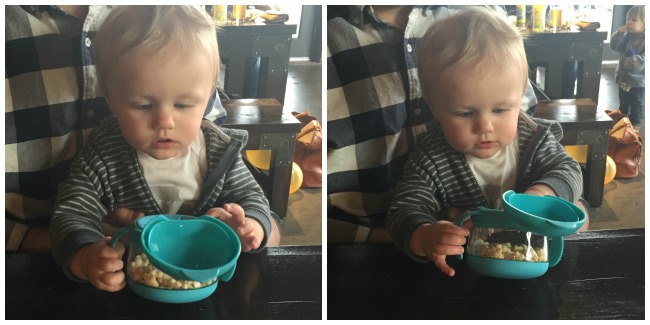 My First Phone from Plan Toys
This is an adorable little toy. And I know I’ve said it before, but I’m a huge fan of toys that don’t sing or light up when we aren’t at home (I hate thinking I’m annoying other people because I know how annoyed I am with the noisy toys), so this is perfect to add to our diaper bag rotation.

Bubble Bath and Baby Wash from Johnson & Johnson
So online a lot of people were complaining that they got bubbles and soap they could get at Target. But honestly, I have absolutely no problem with it. We can always use more soap with messy little boys!

So when I added up the value of this box, it was around $50! Which is a GREAT deal for what I paid for the box. The baby bow tie alone is $25.

Don’t forget you can sign up and get 50% off your first box using my referral code (and I’ll get a shop credit if you do, so thanks in advance)!