So this weekend and last weekend were so great. But I’m throwing it back even further to what might have been the best weekend EVER. I know I’m totally late in sharing, but I can’t not put it on the blog to live forever and ever. 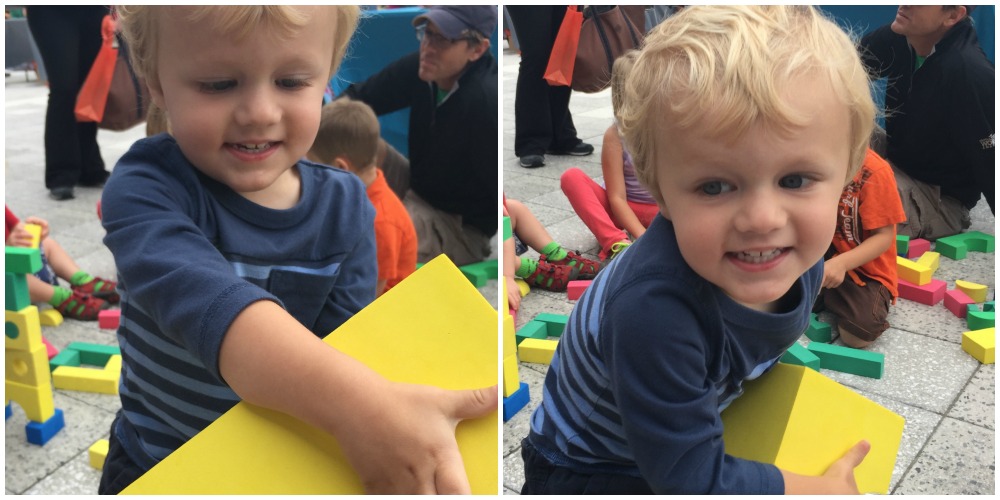 We started our morning by heading over to St. Louis for Storytime in the Commons hosted by The Nine Network. We met George earlier this summer and this time we got to meet Daniel Tiger in the flesh. Or stuffing. And Jude calls him D. Tiger, I don’t ever want to forget that! 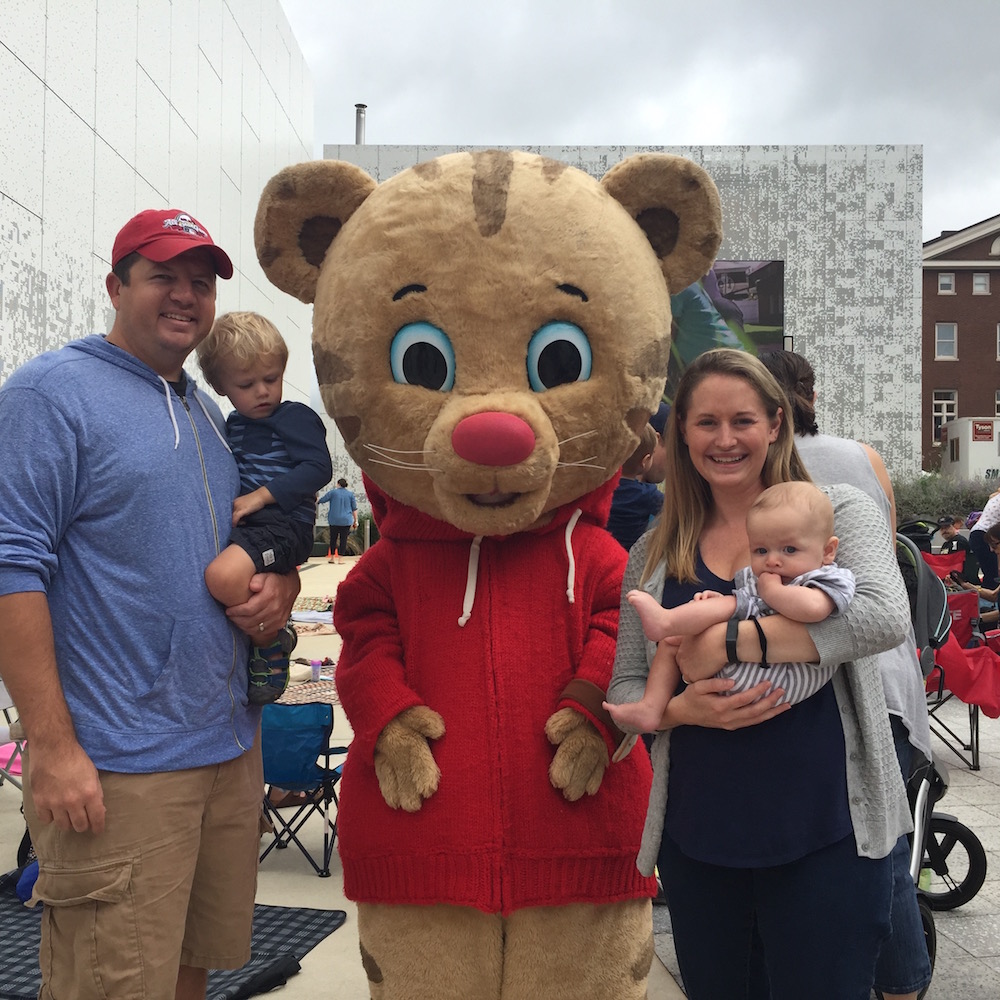 Yes, Jude looks unimpressed, but when I printed this picture out and gave it to him he slept with it. And loved it to shreds. So I ordered more printed copies. This storytime was much more crowded than the previous one. They have tons of games to play and you can watch Daniel Tiger on the big screen, we had a blast. 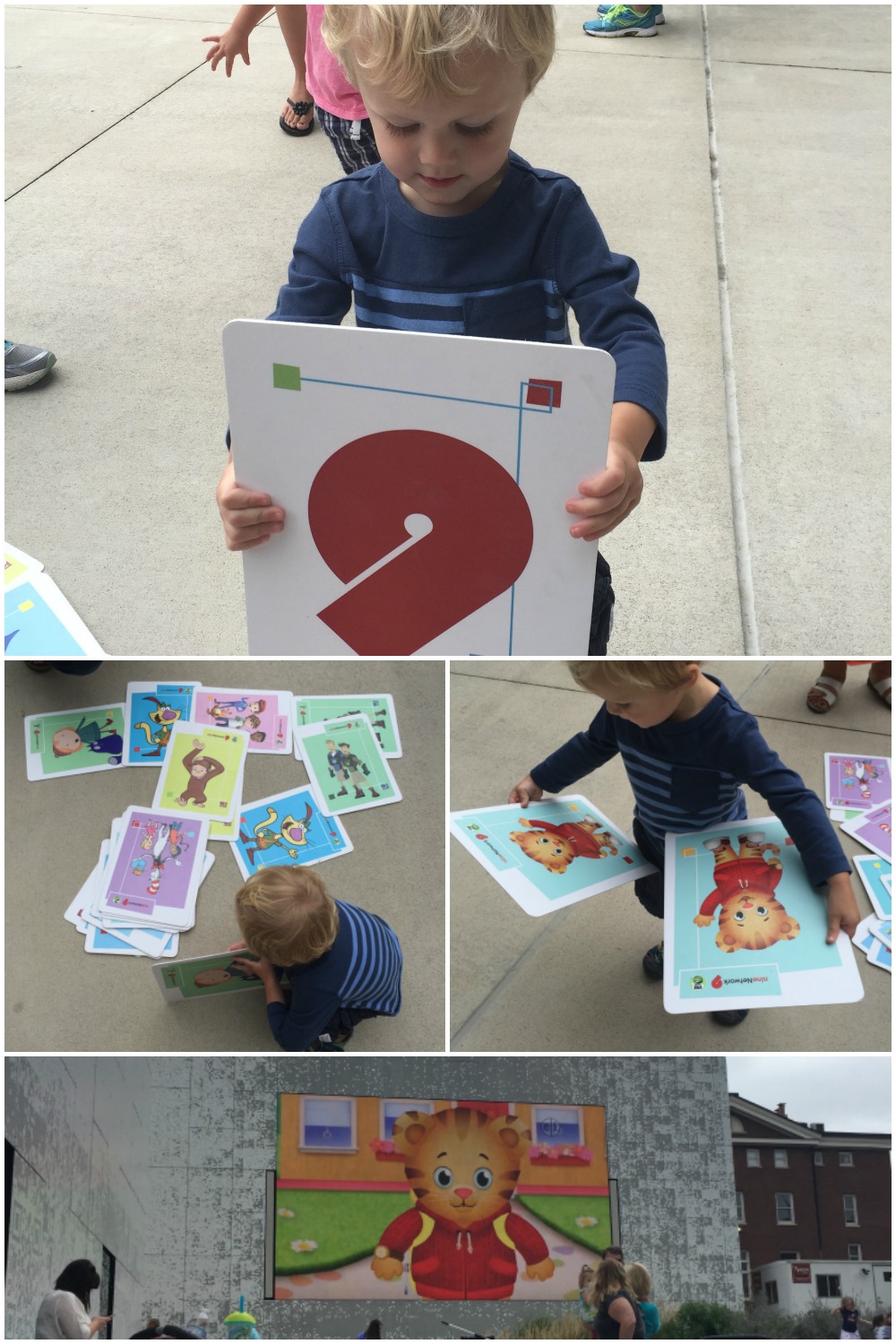 We came home for lunch and naps. Our original plans for Saturday evening got canceled because it rained a ton the night before. So when we were offered some bleachers tickets to the Cardinals game, we jumped! We left Ezra at home with my mom and took Jude to his first ever Saint Louis Cardinals game. It was magical. And messy. But mostly magical. 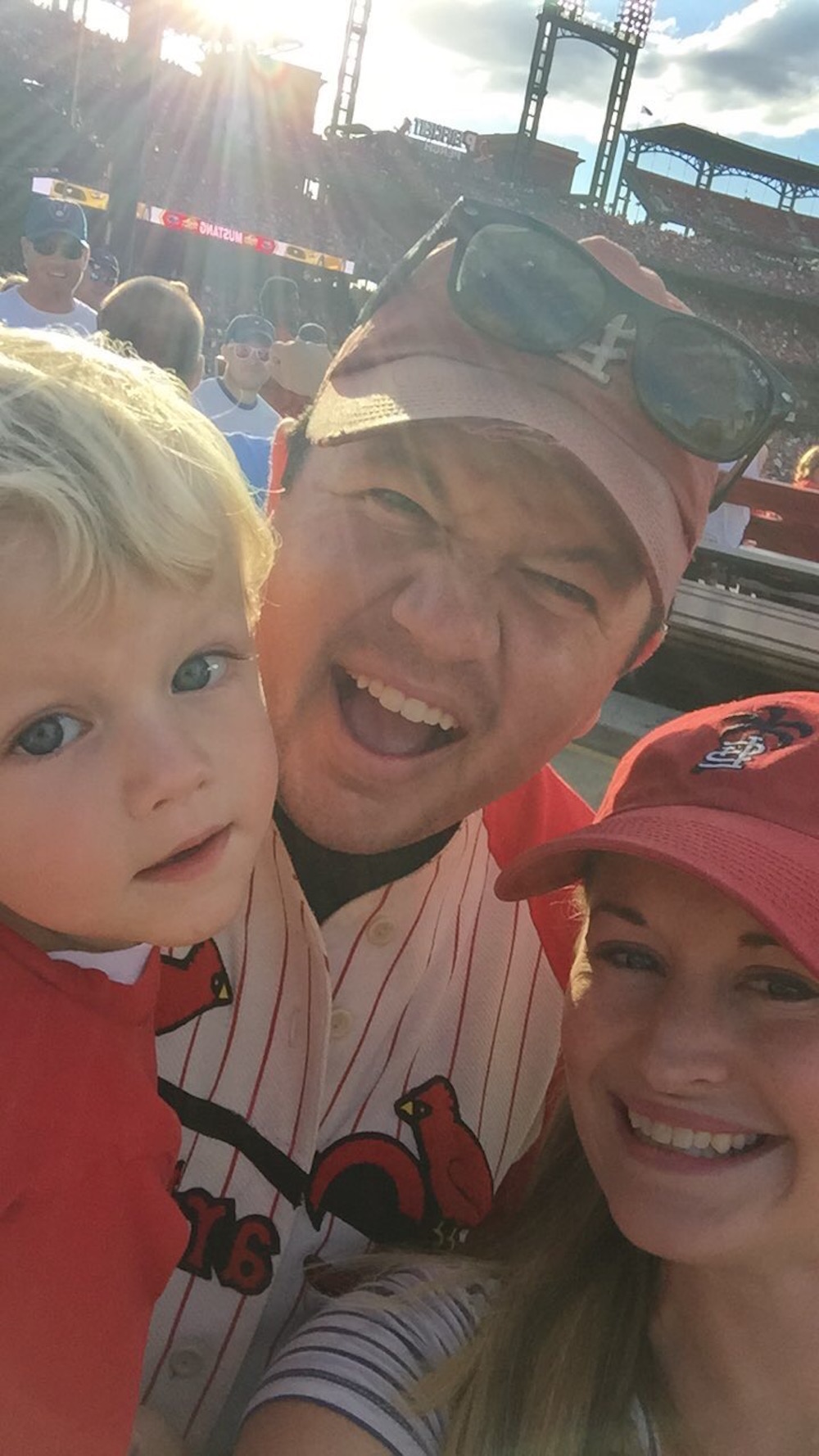 I honestly don’t know if Jude or BTR loved it more. 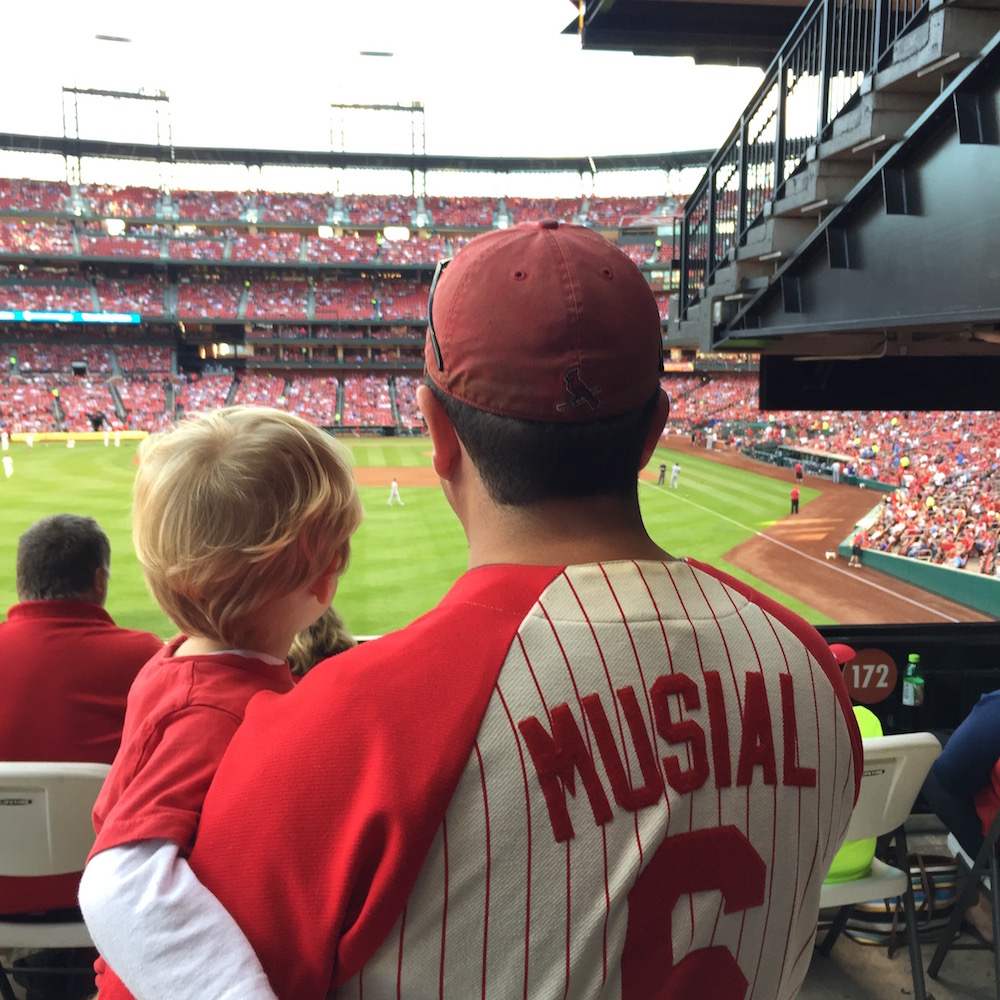 I think Brandon had been dreaming about this day since he found out Jude was a boy. 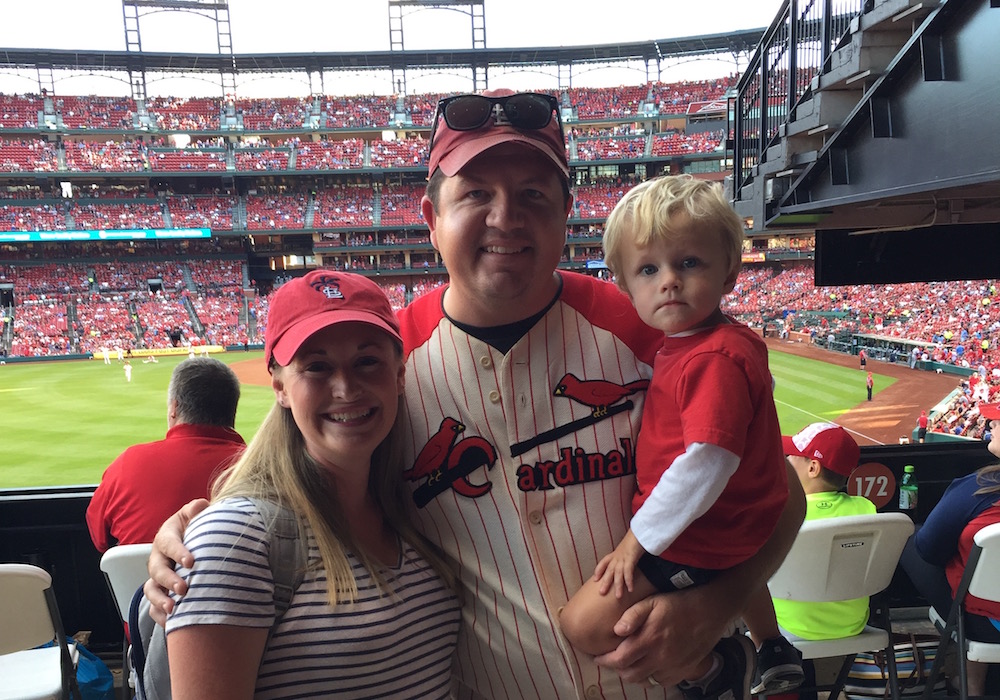 I know, I know, Jude looks totally unimpressed. But I swear he had the best time ever. He just kept looking around and taking it all in. It was absolutely adorable.

I think we sat in our seats a total of 10 minutes. Which was totally fine by us. We went in having no expectations of actually watching the game. Because toddlers sit still so well. #saidnooneever

Meeting Fredbird was probably the highlight of the whole thing for Jude. He sleeps with this photo also. Maybe I need to make him a photo book of his own! 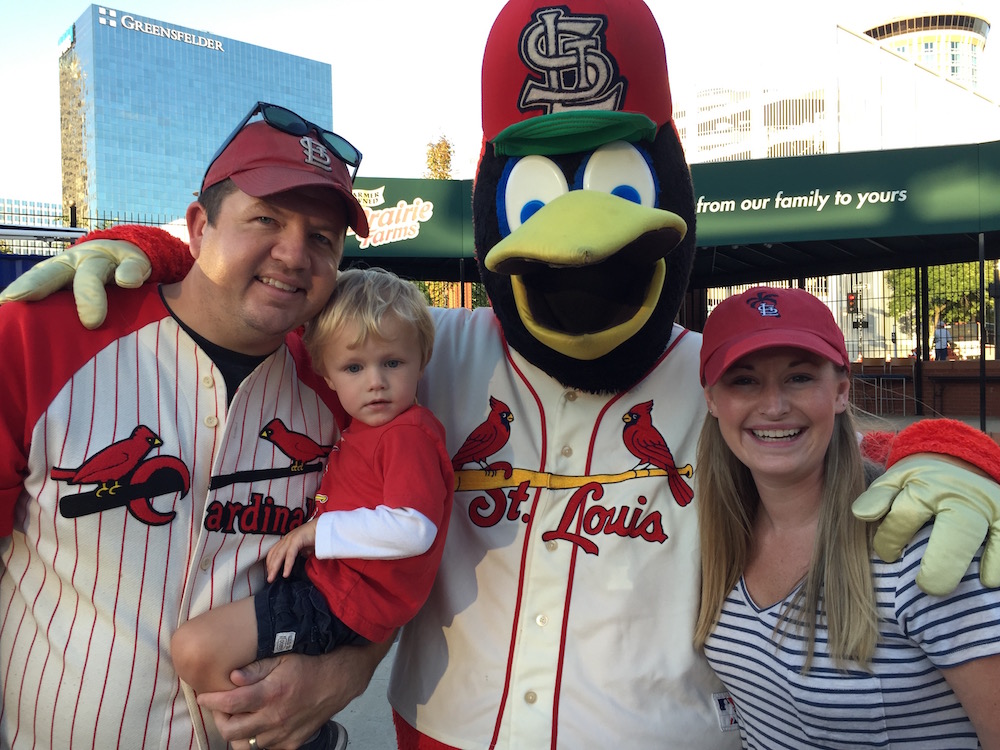 We hit up the play area for a bit as well. 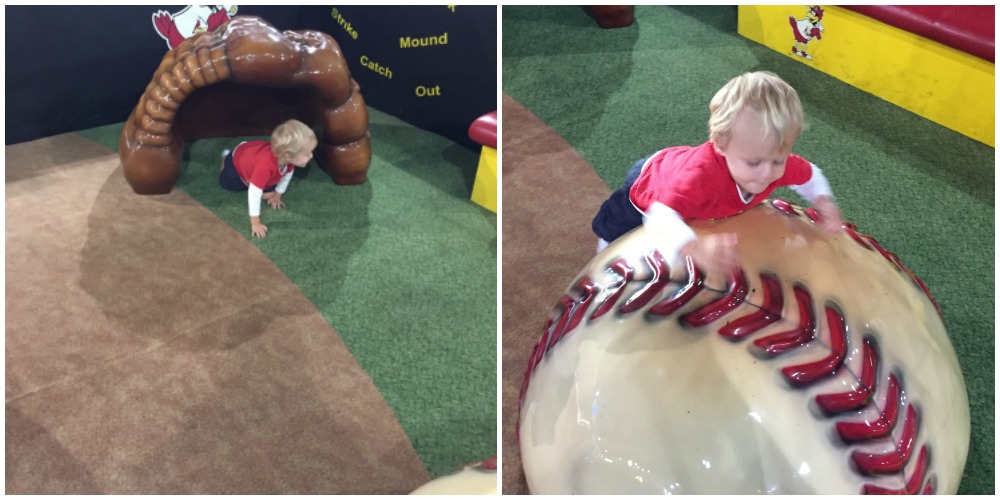 I used to judge anyone who did the Build-A-Bear at Busch Stadium. But now I’m totally that parent and I love it. Of course, we should have stood in line sooner because it ended up taking like 45 minutes. Or I should have just bought a pre-stuffed one because Jude could care less about the actual making of Fredbird. After stuffing a Fredbird we walked around the inside of the stadium and stood in a standing room only area to watch some of the game. Jude was just mesmerized by it. And BTR was in total baseball heaven. 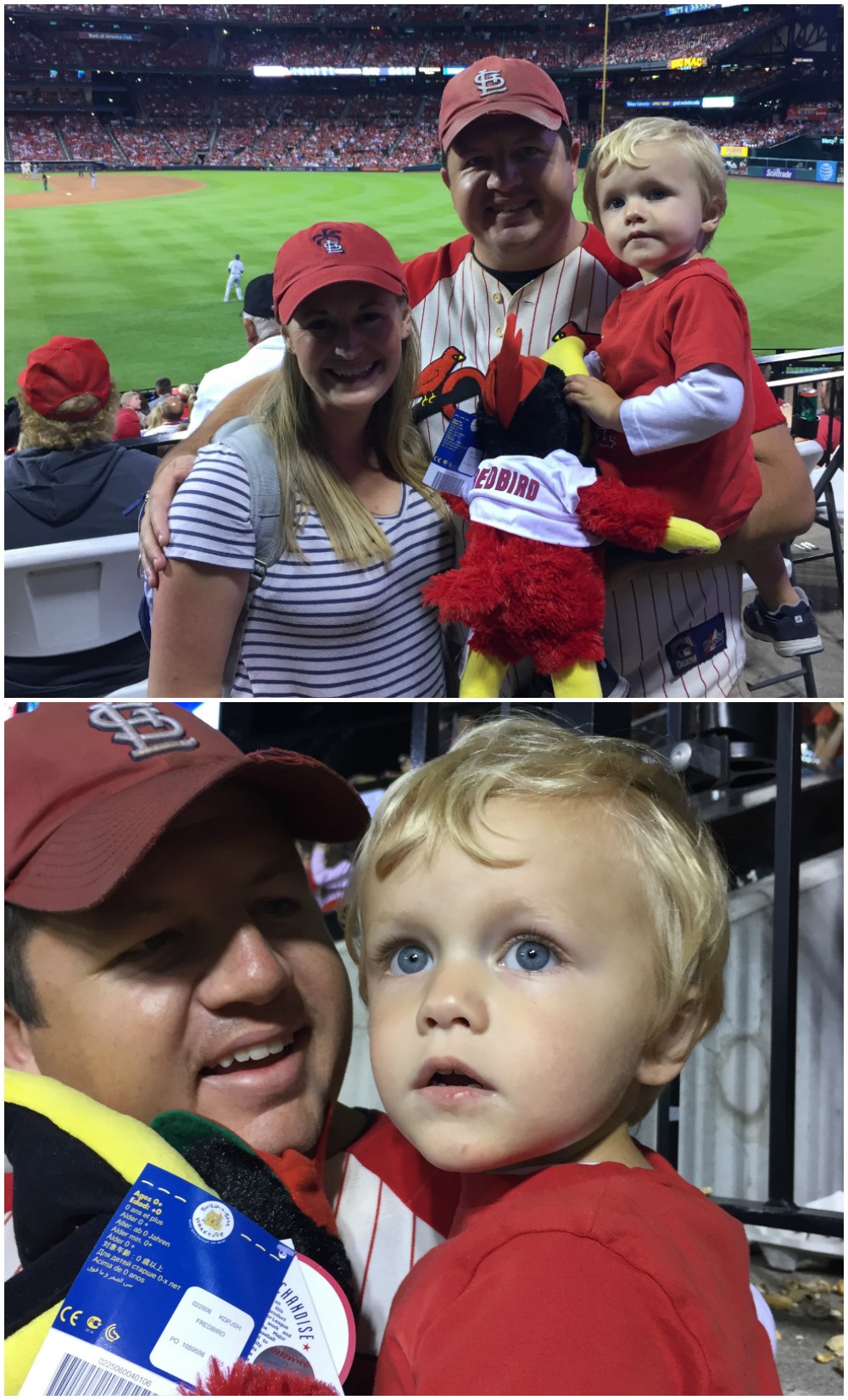 We ended up staying for almost the whole game and watched the fireworks after they won from outside the stadium. Jude was a rock star and now I can’t wait to take Ezra to his first game some day!

And in case you were wondering Fredbird has to go EVERYWHERE now. 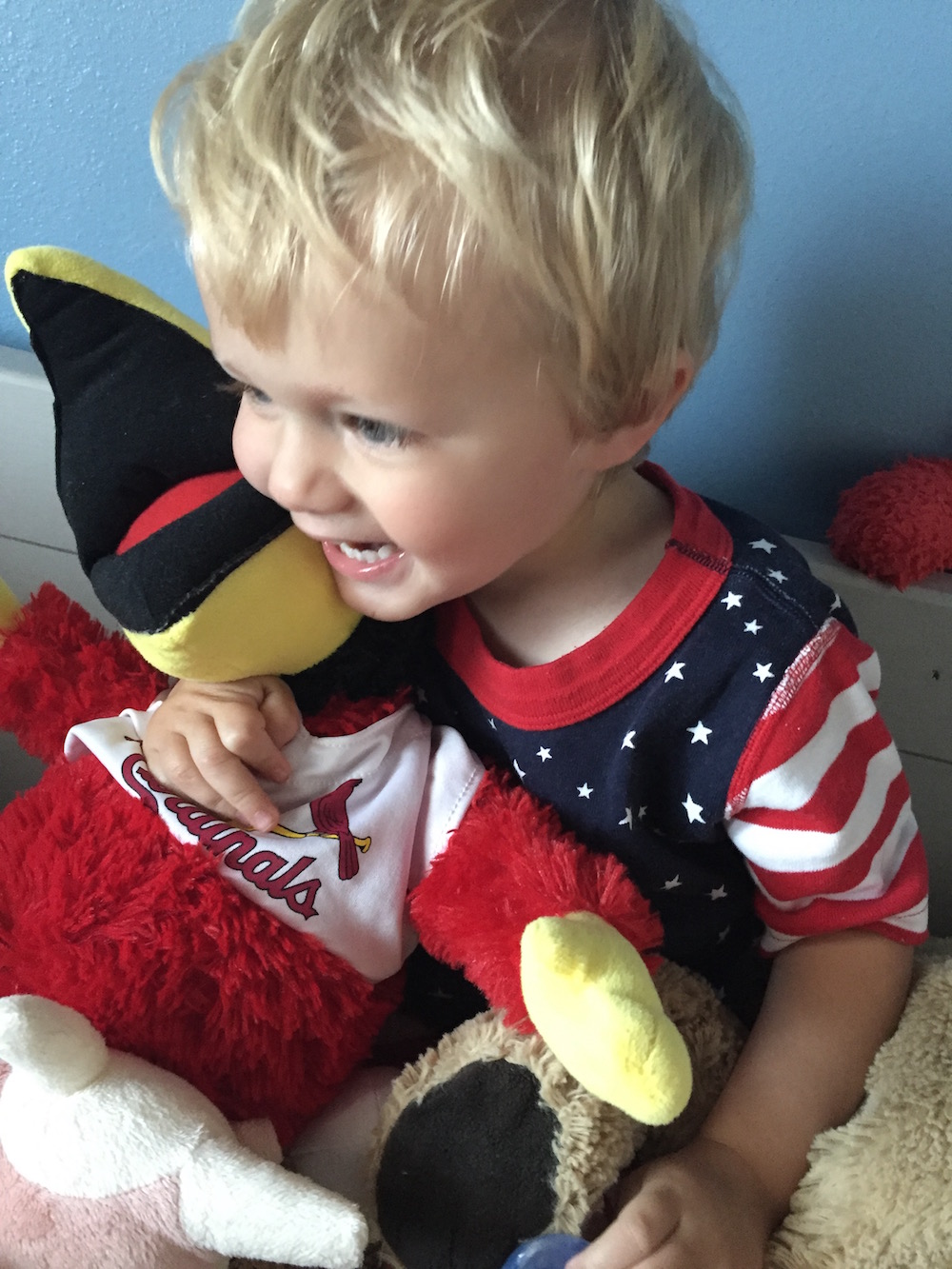 So tell me, do you remember you first baseball game?

« One Big Crazy Afternoon
Naptime in the DockATot »

No one represents #STL better than @seriessixcompa