We had such a fun weekend!! It was super packed and a little crazy, but that’s how we roll around here! 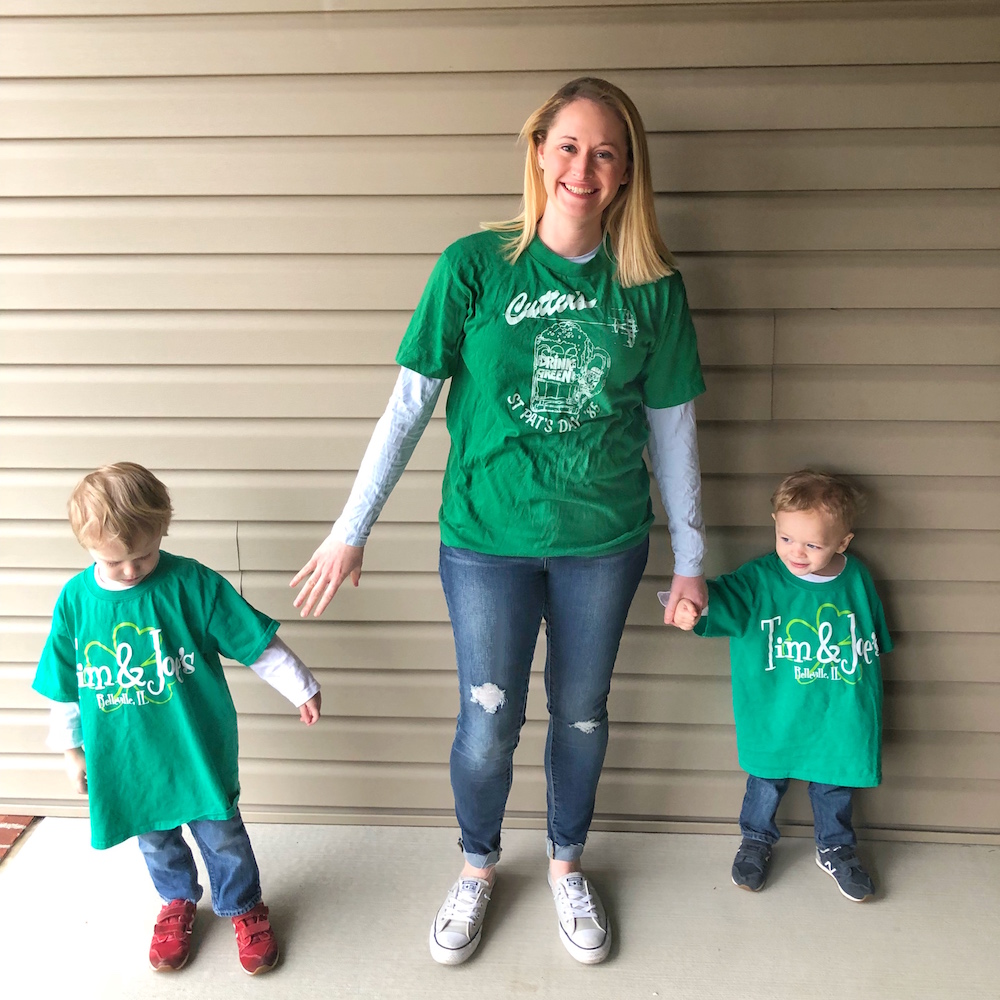 Saturday we put on our FAVORITE green shirts and headed downtown for the parade! 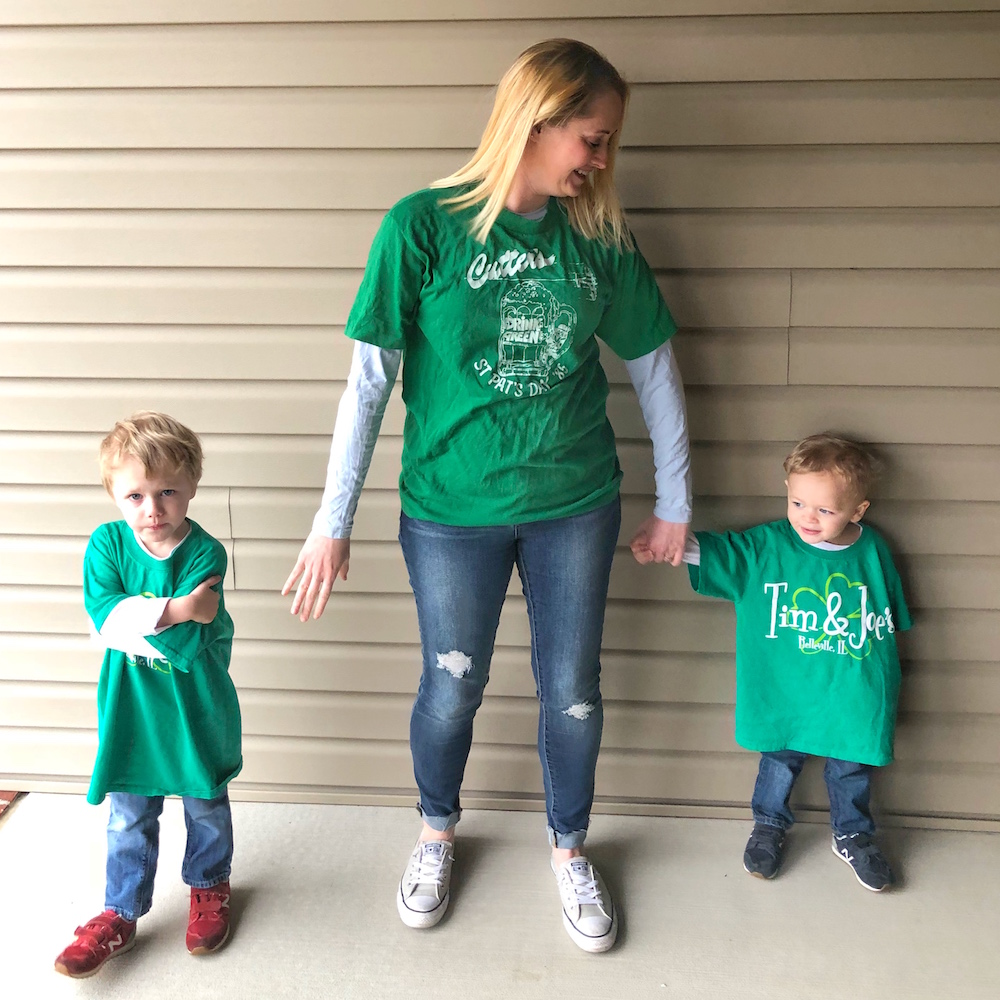 We were running a little late and when we got down there were a little nervous we would find a spot to sit. 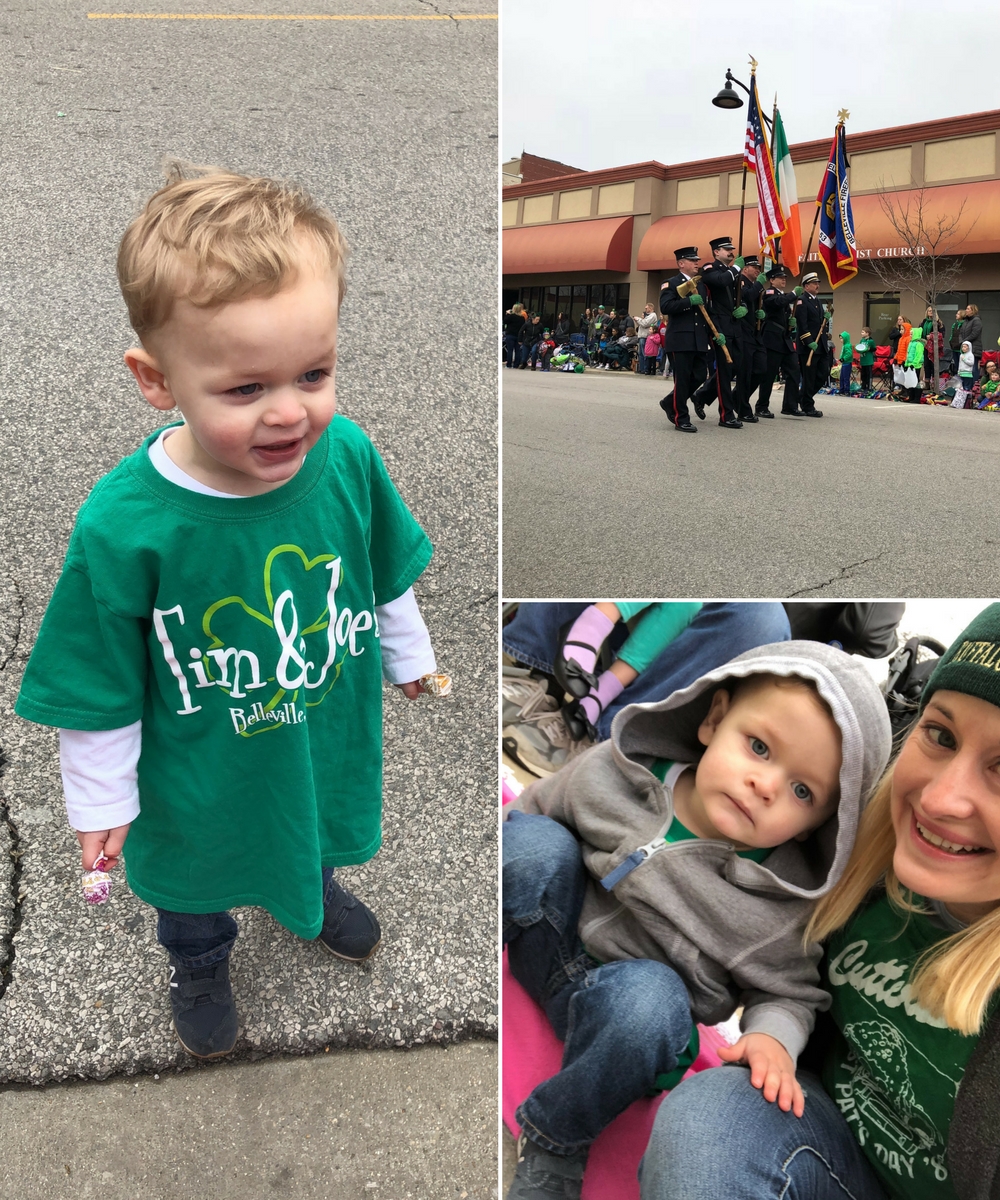 I hopped out of the car to save us a spot on the street while BTR parked and literally ran right into my uncle who was saving a spot for family! It was totally unplanned but so perfect! 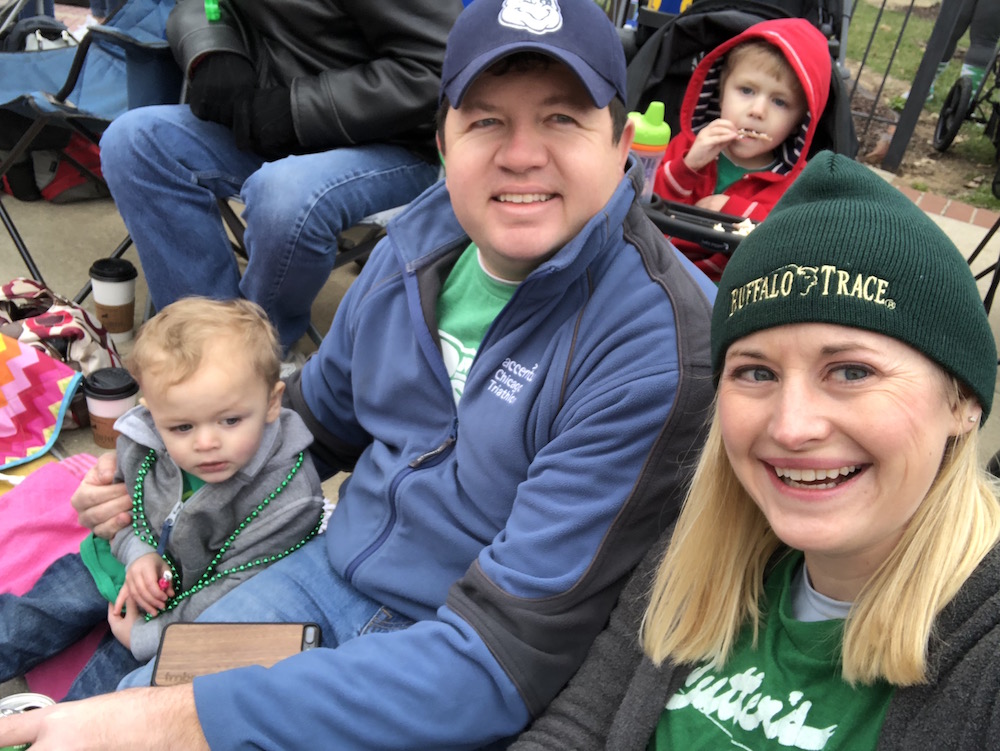 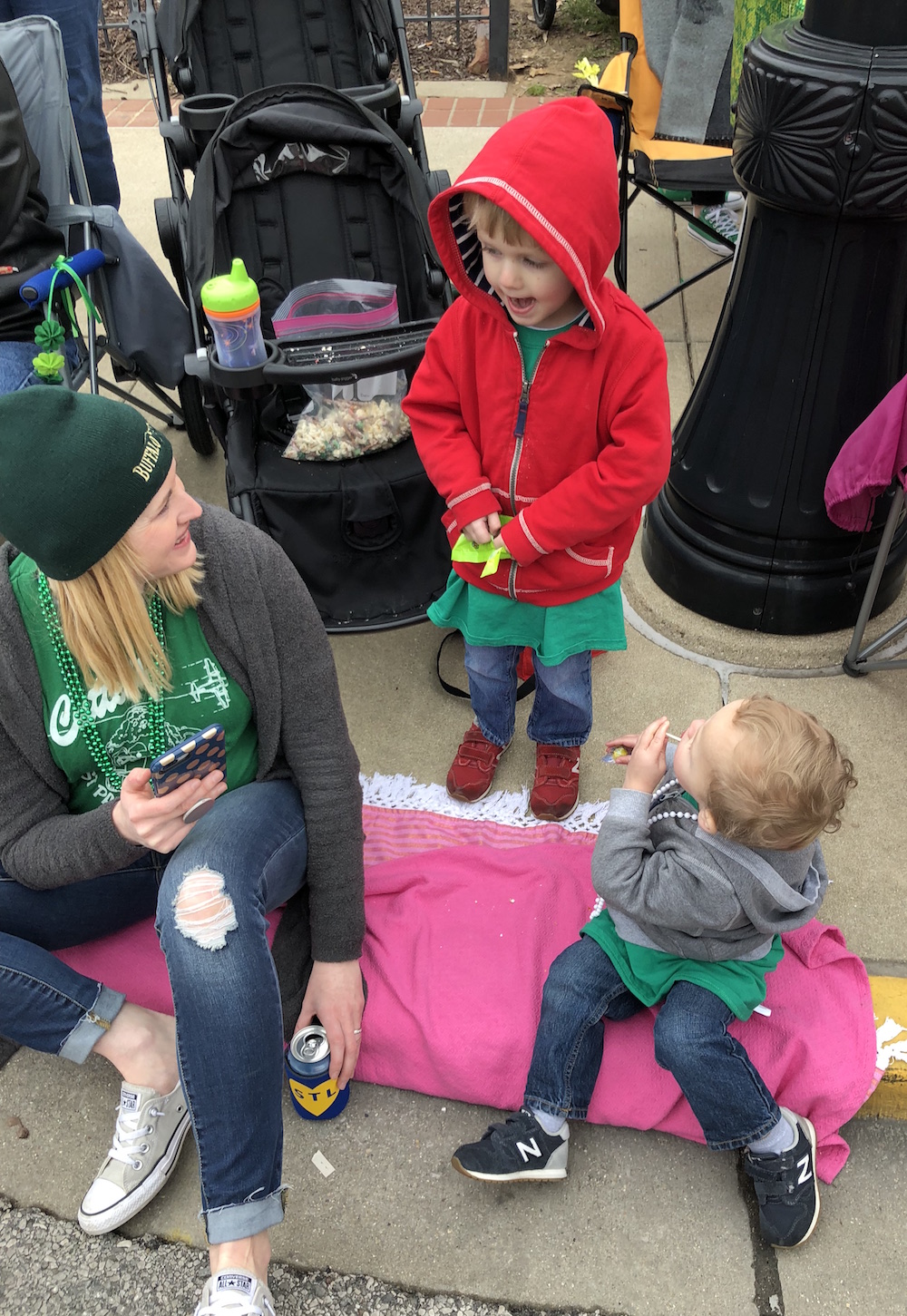 We had a blast waving to everyone in the parade and hanging out with our cousins, who have little ones the close in age to Jude and Ezra!

We made a date to sit in the same spot next year together, I can’t wait!

We headed home for naps and just chilled the rest of the day, and I ran a few errands while the boys slept and BTR worked in the garage!

Sunday we were up bright and early to head to our favorite Easter Egg Hunt, Eckert’s Egg-Citement! [Special Note: thanks to Eckert’s for inviting us to come and play, we had a blast and love working with them!] 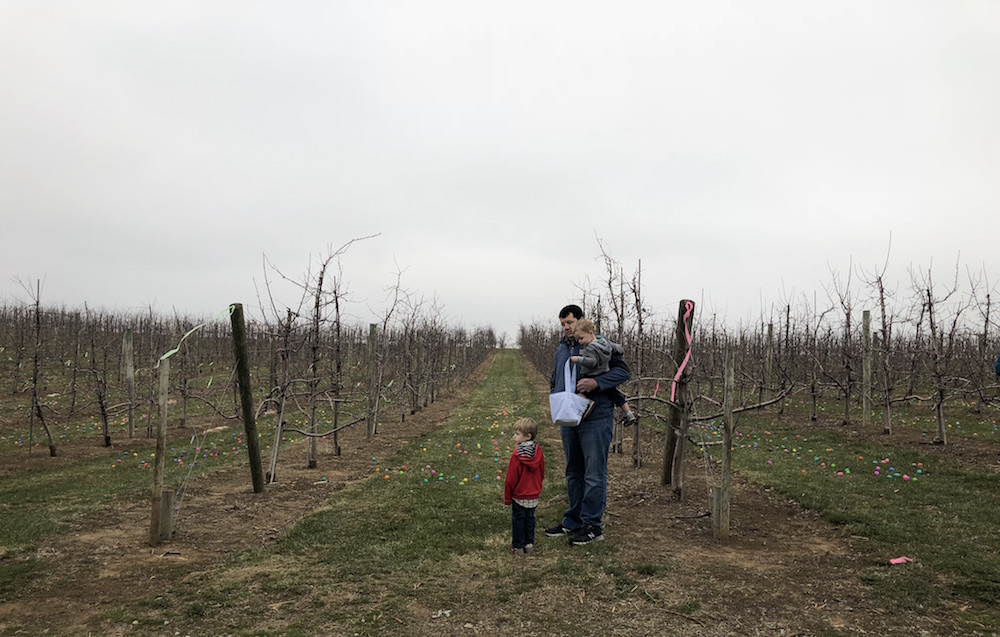 I won’t lie, it was a bit chilly. But it wasn’t too windy and we found the Easter bunny and his eggs! 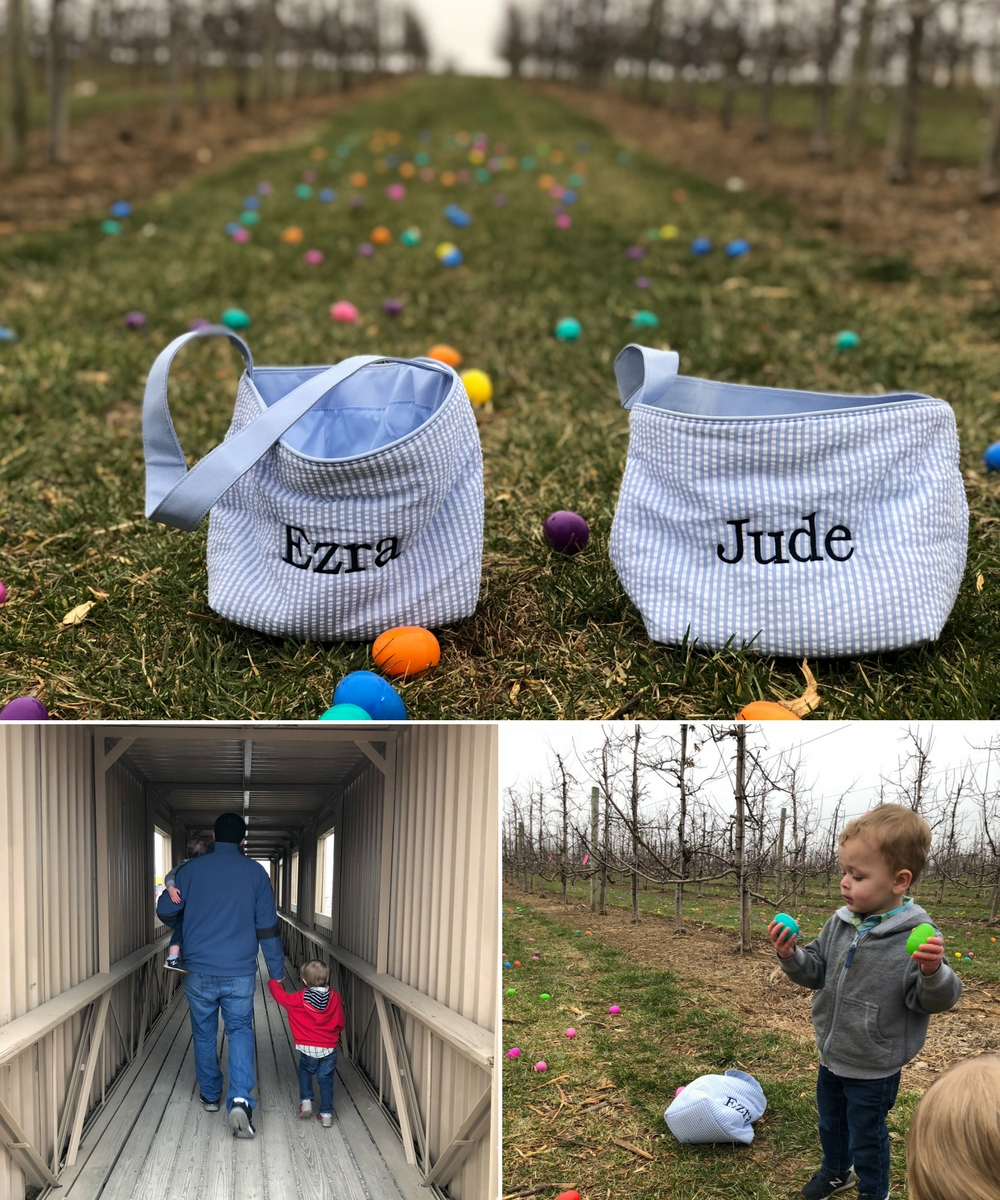 After filling our baskets we drove some mini tractors. They had some different carnival rides and a carousel also! 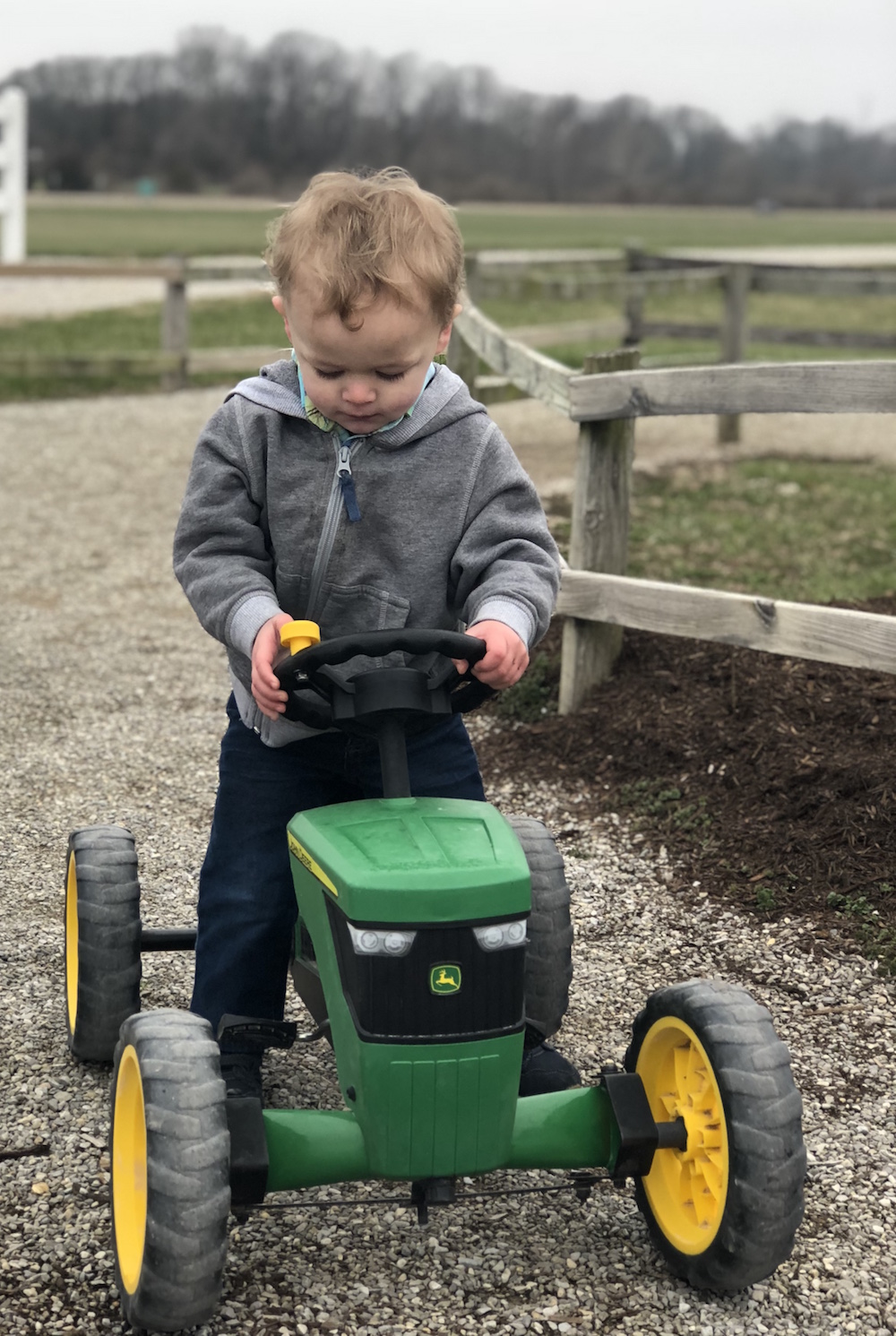 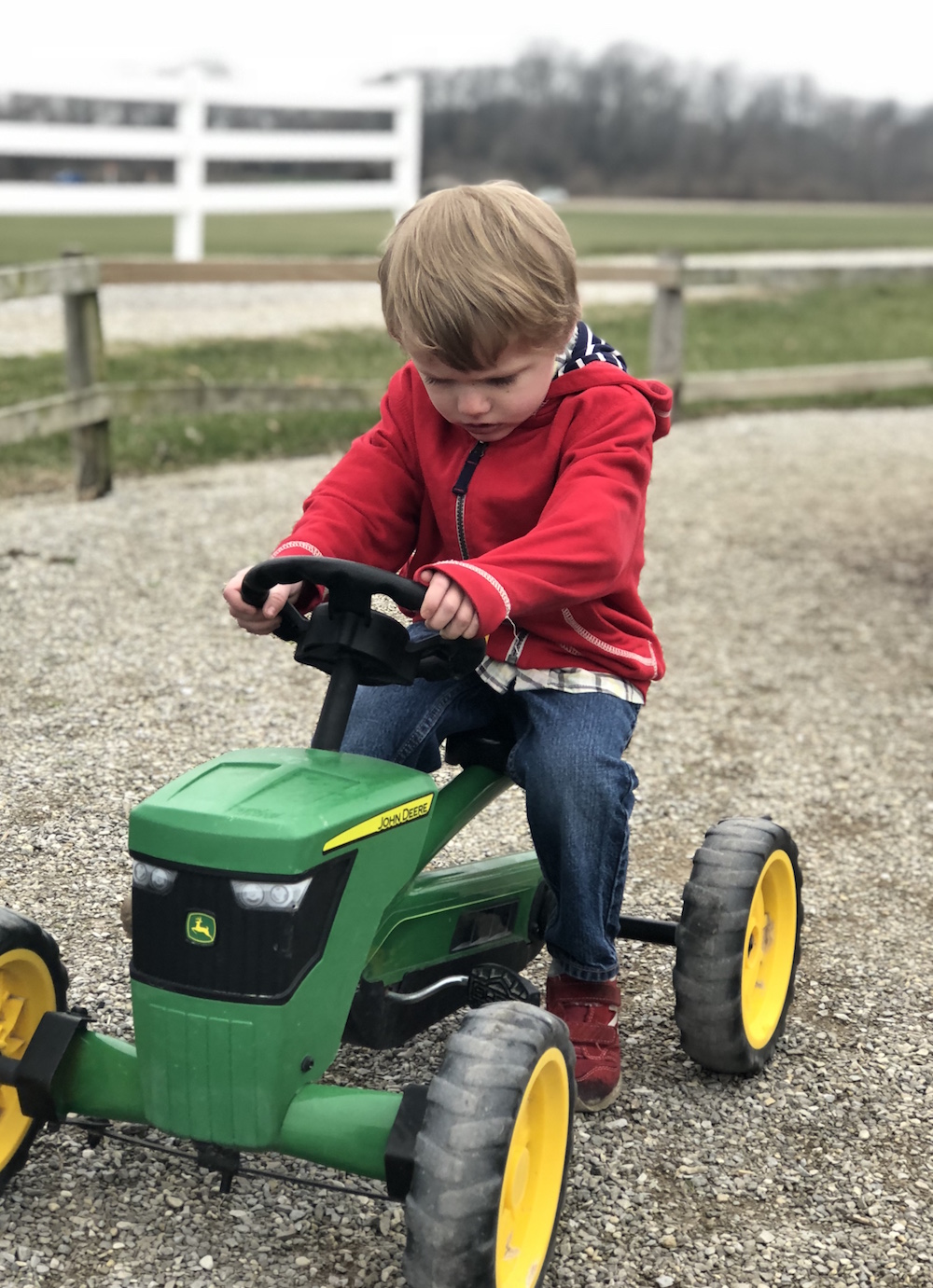 Then we headed into the garden center to warm up a bit!

Which is where we found bunnies to hold. And OMG I’ve never wanted a bunny until now. And now I think I need a bunny. Ezra became best friends with the big bunny and wouldn’t leave him alone. It was kind of adorable. And funny since Jude wanted nothing to do with the bunny. Sometimes they are identical and other days nothing alike. 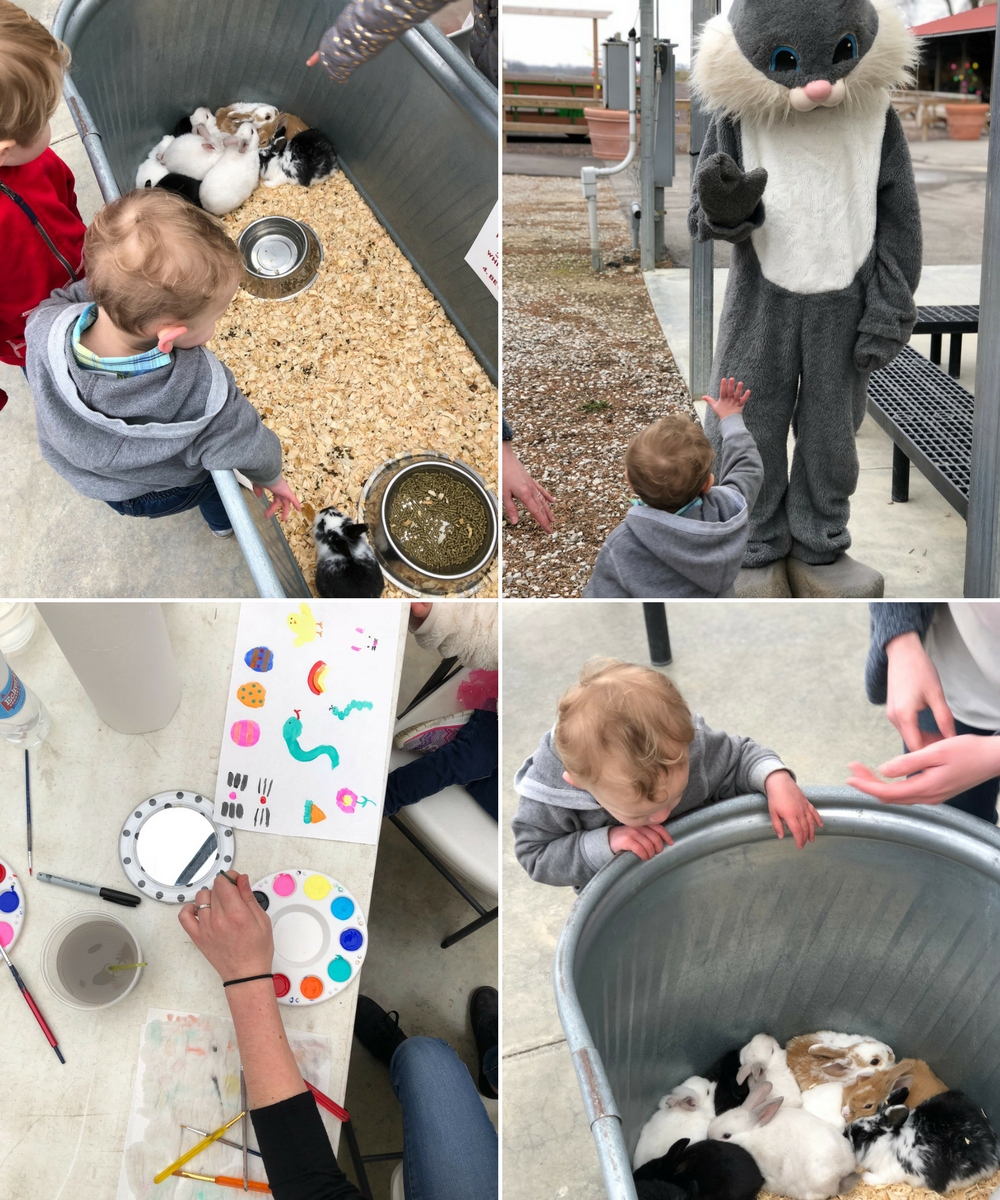 We headed inside the store and iced a cookie with some sprinkles. And then devoured them. 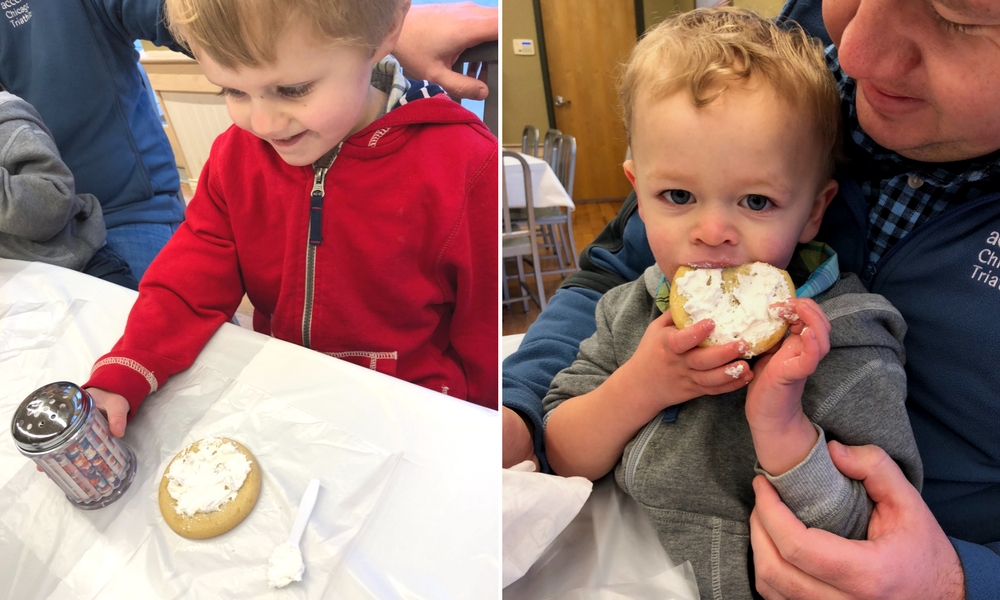 We almost let Ezra hold a chick. Almost. Still working on that “soft touch” with him. :) 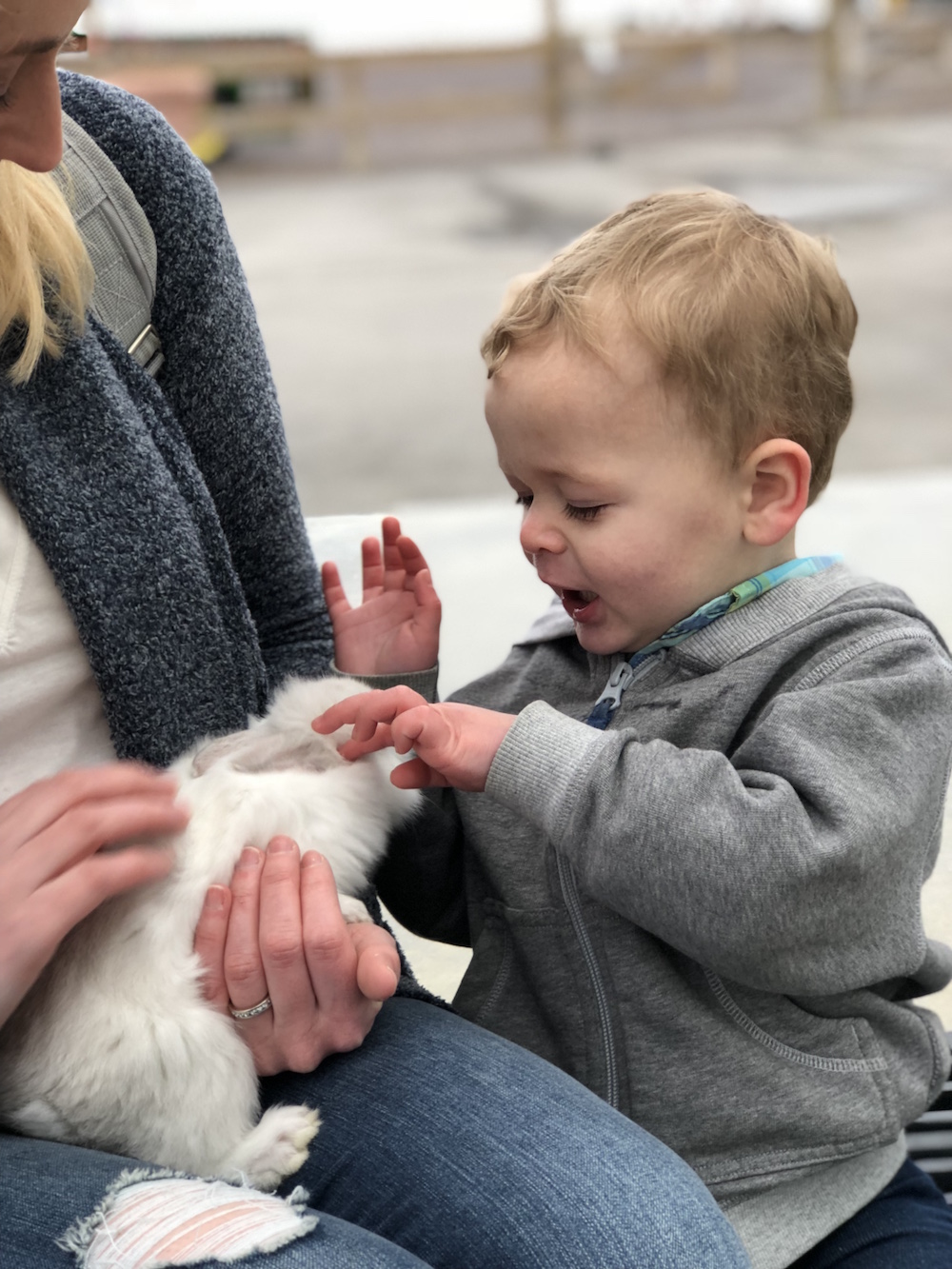 I found this baby duck and I wanted to bring him home with the bunny. Eckert’s wouldn’t mind if I borrowed them, would they? 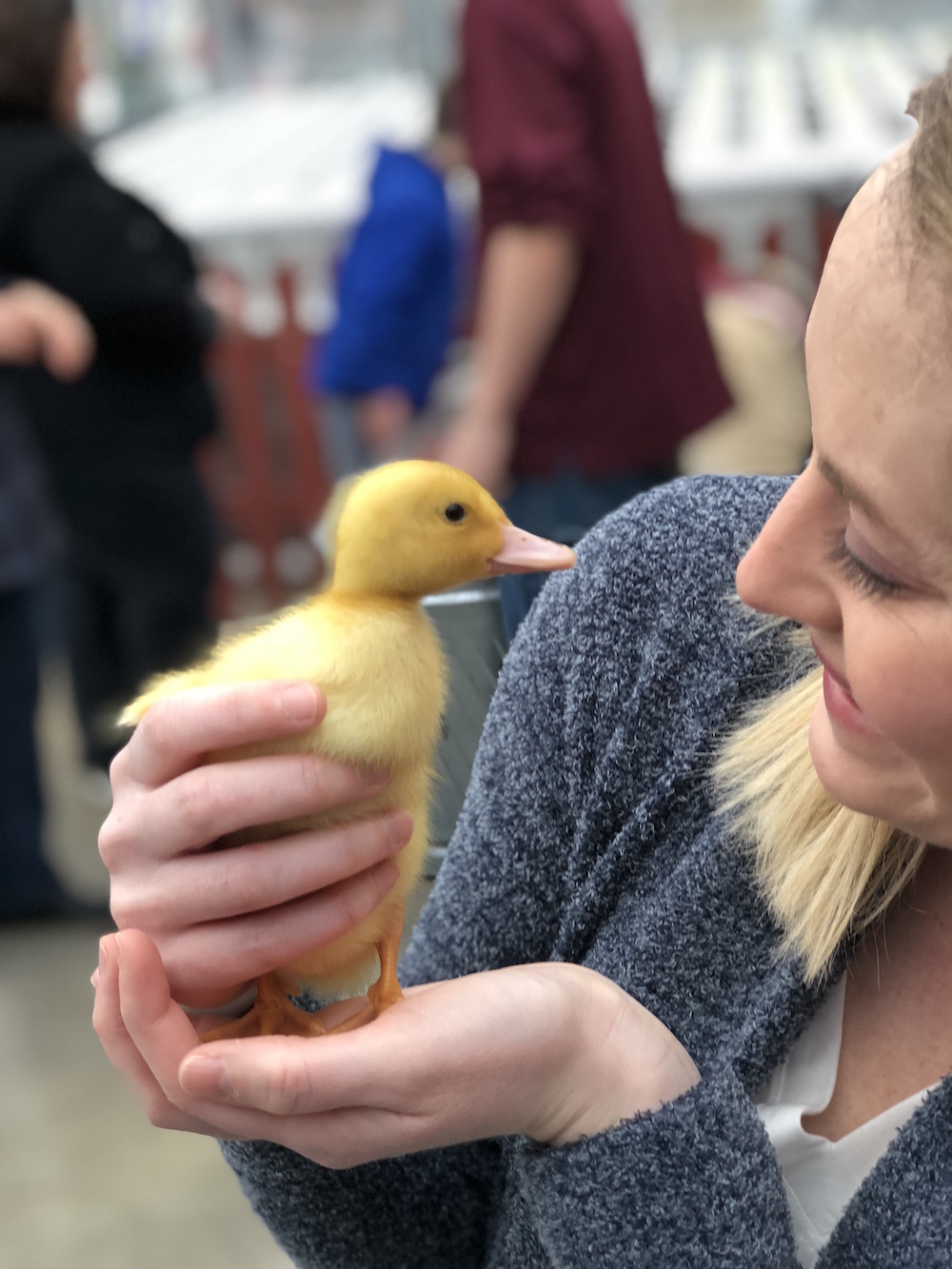 And Ezra got his picture with the bunny! Jude waved to the bunny. :) 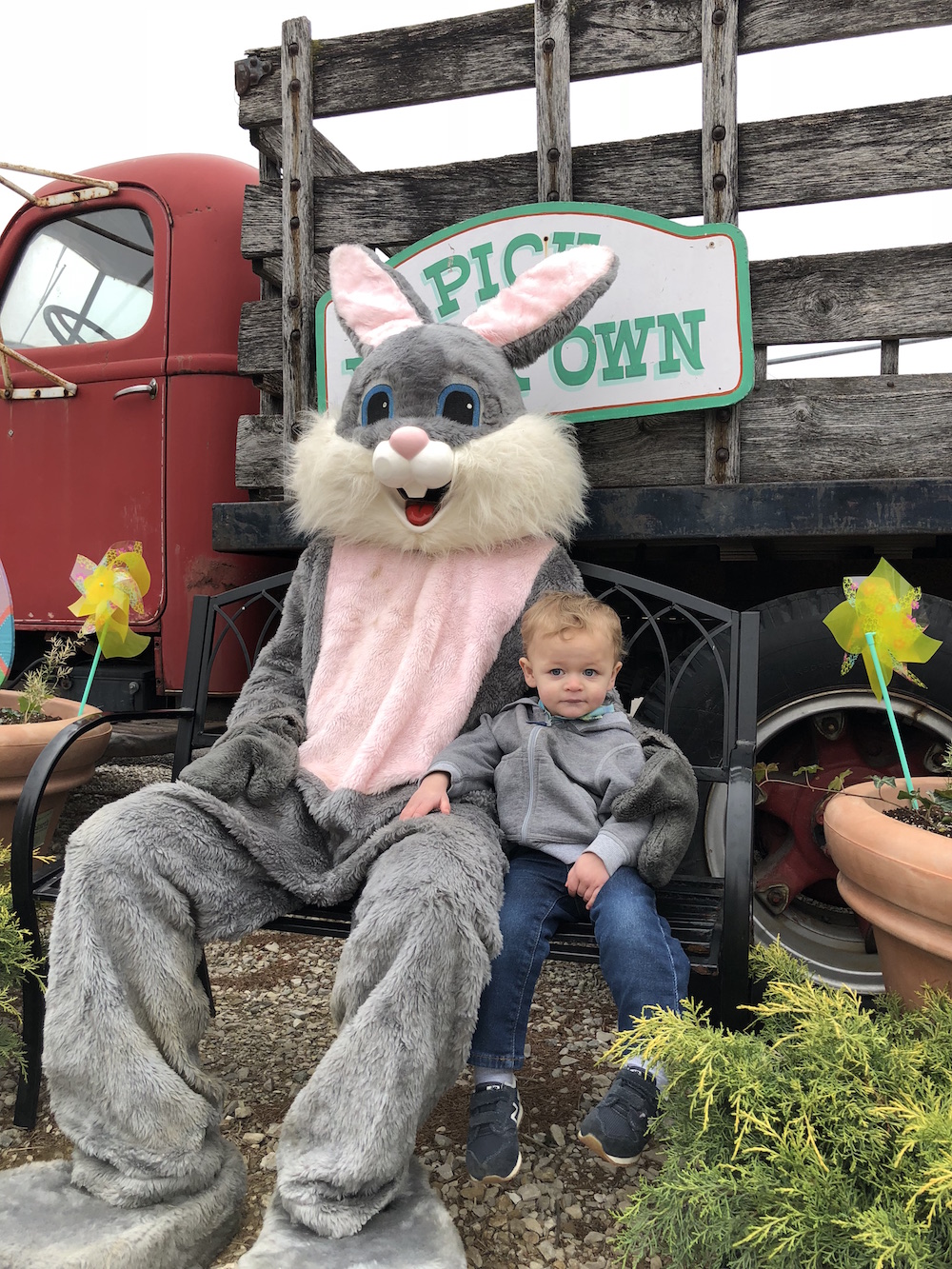 We had SO much fun again at Eckert’s Easter Egg-Citement! You can still get tickets for the next two weekends, head to their website for more info and to buy your tickets!

I hope you all had a fabulous weekend with your family!

All aboard! 🎅🏼🚂 Full steam ahead to Chris

Yesterday after school we headed over to STL for a